What is the Environmental Impact of Solar Power Panels?

The environmental benefits of solar power have been well publicized. By turning light from the sun into electricity without creating any polluting by-products in the process, solar power panels have the potential to be an eco-friendly replacement for traditional methods of generating electricity by burning fossil fuels. But as with any technology, solar power also has an environmental cost. It is important to compare the positive and negative impacts that the industry could have on the natural environment in order to decide whether solar panels are really a green investment.Solar Panel Production: A Polluting Process?The manufacture of solar panels is an energy-intensive process. Currently, most of the energy used to make solar panels comes from burning fossil fuels, so even the manufacture of these environmentally beneficial products can contribute to pollution and global warming.Approximately 600 kWh of energy is used to produce each square metre of solar cells, which is enough to light up 1,000 60-watt light bulbs for ten hours. The average domestic system uses around two or three panels, each of which is approximately two square metres in size. If mounted in a favourable location, a solar panel can produce up to 200 kWh per square metre of electricity per year. Therefore, the energy used in the panel production process is offset after only a few years of use.Hidden Energy Costs: Transport and DisposalEnergy used in production of solar panels is not the only energy cost to consider. The energy used to transport them must also be considered, especially if the panels are imported from another part of the world. Consumers can help to reduce this concern by researching where panels are made before they agree to buy from a particular manufacturer.Disposal of solar panels is a big problem. Many of the materials used to make them are difficult to recycle, and the recycling process itself requires a lot of energy input. Fortunately, they have a long life span of at least a few decades, which means that the panels are unlikely to end up being sent to the tip or the recycling centre unless they are irreparably damaged in a rare accident.Hazardous MaterialsUnfortunately, the manufacture of solar panels requires the use of many dangerous chemicals. Poisons such as arsenic, chromium and mercury are by-products of the manufacturing process. These chemicals can cause serious environmental damage if they are allowed to leak into the natural environment. By following proper disposal protocols, manufacturing companies can prevent this environmental damage from occurring, but consumers should be aware that not all countries apply the same strict regulations as the EU and the USA for the handling of hazardous materials. Environmentally conscious consumers should therefore be careful when buying solar panels that have been produced in other parts of the world. Be aware that even if a solar installation company is based in the UK, it may source its panels from overseas. If in doubt, it is always best to ask directly where the panels are produced.Space IssuesOne reason why solar power is not used as a centralized method of generating electricity in the UK – in addition to the nation’s often dismal weather – is that very large arrays of solar panels are needed to produce substantial amounts of electricity. Devoting large areas of countryside would clearly threaten wildlife habitats and potentially destroy areas of natural beauty.For this reason, the approach in the UK is not to build large solar power plants, but to instead encourage individual homeowners to install panels on the roofs of their properties. This roof-space is otherwise unused, which means that turning it into a mini-factory for generating electricity is an efficient use of space. Animal habitats are unlikely to be harmed by the installation on already existing buildings.Environmental Impact The overall impact of solar power panels on the environment is positive; the electricity that they produce decreases the amount of fossil fuels that must be burned to meet our energy needs. Consumers can help to minimize any negative environmental impact by choosing the solar panel supplier carefully and bearing these points in mind. 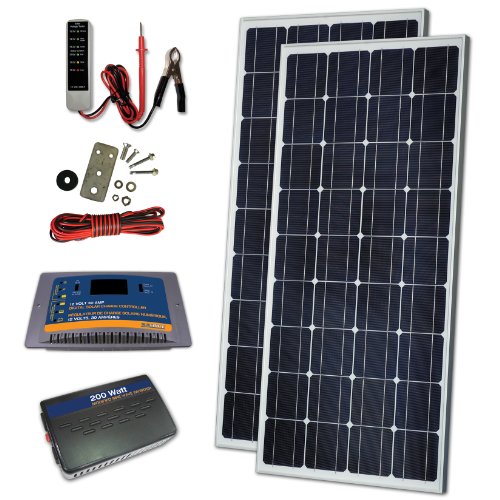