What is the Raw Till 4 Diet?

High carbohydrate fruit like bananas are emphasised on the Raw Till 4 program.

An off shoot of the Raw Food Diet that has recently begun to gain momentum is the Raw Till 4 program. Created by YouTuber 'Freelee the Banana Girl' in conjunction with her partner 'Durianrider', the two are YouTube sensations within the online raw vegan community. The term 'Raw Till 4' is said to have been coined by Freelee’s mother who liked to incorporate some cooked food into her mostly raw diet. Although many strict raw foodists have spoken up against the program, there is a growing number of staunch supporters of the diet from around the world.

Some of the benefits of the program are said to be long term weight loss, recovery from various health conditions, and greater energy. Proponents of eating exclusively raw food consider the diet inferior as it includes cooked starches - which are considered not as nutritious as raw food. However, the creators of this lifestyle believe that the high nutrient density of the fruit and vegetables consumed earlier in the day more than make up for this.

So What Should You Eat?

The Australian couple advocate a high carbohydrate, low fat and sodium, vegan diet comprised of raw fruits and vegetables until 4 pm - after which they encourage the consumption of cooked starches like rice, potatoes and other root vegetables.

There tends to be confusion over why there is an emphasis on 4 pm in the diet, but it is important to realise that it does not have any real significance. The purpose of this time reference is to simply ensure that most of your daily intake is kept raw . It reminds you to refrain from eating cooked food until around dinner time.

The Raw Till 4 program is a reasonably new concept in the vegan world, with Freelee and Durianrider only encouraging this approach to eating in the last few years. Having formerly adhered to a totally raw vegan diet, they found that the inclusion of cooked food was more beneficial to their overall well-being and ultimately more sustainable. 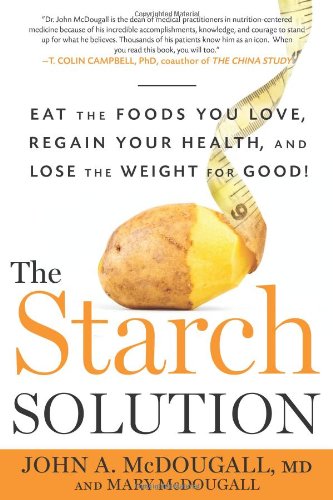 The Starch Solution: Eat the Foods You Love, Regain Your Health, and Lose the Weight for Good! Amazon Price: $16.99 $6.74 Buy Now(price as of Nov 8, 2016)
Part of the rationale for the inclusion of cooked starches in this lifestyle comes from the precepts found in 'The Starch Solution' by Dr John McDougall and his wife Mary McDougall. 'The Starch Solution' seeks to show that high carbohydrate diets are in fact not a cause of overweight and obesity, but may in fact be part of the solution. In recent times, despite all the opinion against carbohydrates, there are more people claiming that carbohydrates should have a bigger emphasis in your diet. It is suggested that they are not the enemy to maintaining a healthy weight, but can actually assist you in weight loss and maintaining overall good health. The book includes stories from people that have found success through eating a high carbohydrate plant-based diet - many of whom have been able to conquer sicknesses like diabetes and heart disease.

A typical eating plan for a day would look as follows:

The Raw Till 4 Daily Meal Plan shown above is a basic starting point for someone beginning the program. An important factor to note about this lifestyle is that calorie restriction is discouraged. Most followers eat upwards of 2500 calories per day, with many eating well over 3000.

Followers are encouraged to eat as much as they care for, as long as they hold true to the other precepts of the lifestyle. It is recommended that people include up to 10% of their daily calorie intake from fat, and up to 10% from protein per day. 80% of calories, at least, should come from carbohydrates, while all food should be low in sodium. They also emphasise the importance of drinking enough water.

Many people, including former raw foodists, binge eaters and others who have faced various health conditions, tout the program as being a much sought after solution to their problems. The lifestyle is considered very easy to follow as the meals are so satiating. This is largely due to the large amount of carbohydrates that are consumed.

Does It Really Work?

Although no studies have yet been conducted on the program, the low fat and sodium recommendations, and the emphasis on whole foods bodes well for many aspects of this way of eating.

Currently, the experiences of pioneers in this space are all that one can go on, however, as the creator of 'Raw Till 4' has repeatedly emphasised, it is imperative that followers stay on the program long enough to see positive results.