'What makes us different from animals?' This question has been a prominent topic of philosophical debate since time immemorial, but if you ask a linguist, his first answer is probably 'language'.

I'm not saying language is our only unique feature. A professor at my university has quipped that during his time as Chair of the Humanities, he discovered that each department had a different answer to this question. Philosophers believe that our defining characteristic is the ability to ponder, reflect and ruminate, while musicians pinned it down on our capacity to compose, perform and appreciate music. As the Crown of Creation, nature conferred upon humans many unique gifts - but language stands out as the most prominent.

The distinction between human and animal communication, unlike the one between languages and dialects, is of utmost significance. The great structuralist linguist Hockett is renowned for his design features of language, a set of properties common to human language but generally absent in animal communication. His list is long and non-exhaustive, but there's a subset of core properties which are extremely rare in animal systems of communication...

A Long Time ago, in a Galaxy Far Far Away...

A boy has just broken his arm playing outside. When he returns home, his mother will ask him what he has done, and he will recount his experience, tears rolling off his cheeks. Now suppose a puppy is subject to the same injury. Will he tell his mother the story like his human age-mate has? One could imagine such a scene, but it would be restricted to the realm of children’s cartoons. A puppy may whimper, whine or yelp in pain, [1] and its mother may woof affectionately to his wounded offspring, but both of them lack the linguistic wherewithal to speak of the past.

Human language has a special feature called displacement. It permits us to refer to events and things displaced from us in time and space. I can comment on the United States elections from behind my computer screen in Hong Kong, and you can talk about your memorable childhood experiences with little difficulty. It is this peculiar property of language that allows us to reminisce, to anticipate, to forecast and to fantasise in words.

This bold statement may raise eyebrows among those who are aware that not all languages have tense. While this is true, tenseless languages use other means to show displacement in time. In Cantonese, for example, we can use words like camyat ('yesterday') or haa go laibai ('next week') to show time. Aspect markers like zo (‘perfect’, like to have seen in English) and gan (‘progressive’, like to be doing in English) are also related to time: In the absence of other time information, I’d assume that verbs marked with zo refer to something that has already happened, and verbs marked with gan refers to something that’s happening.

Others might bring up the Hopi myth, which the anthropological linguist Whorf has unfortunately popularized. In the 1940s, Whorf claimed that the Hopi language lacks ‘words, grammatical forms, construction or expressions that refer directly to what we call 'time'. The legend sustained well into the second half of the twentieth century until linguist Ekkehart Malotki wrote a 600-page monograph in response, demonstrating that Hopi possessed exactly what Whorf claimed it lacked: words and grammatical forms referring to time.[6] And even if Whorf had been right, it does not follow that Hopi cannot talk about displaced events; they just do so differently.[5]

Whorf claimed that the Hopi language lacked the notion of time.

Displacement is universal in human language, but one famous member of the animal kingdom was also shown to exhibit it: Honeybees. Scientist Karl von Frisch found that when a honeybee has found a food source, it will return to the hive and do a ‘waggle dance’. The dance encodes the direction and distance of the food source - a kind of physical displacement. The discovery of this intriguing rare exception earned him a well-deserved Nobel prize.[2]

Yet their communication system is restricted to two dimensions, distance and direction - or, for the mathematicians among us, they speak in 2x1 vectors. By contrast, humans can speak of every topic ranging from the mundane (like shopping lists and bus schedules) to the arcane (like rocket science and quantum physics). What else contributes to the richness of our communication system?

When honeybees indicate the locations of food sources, their waggle dances point to the food source directly. If we treat this communication system as a semiotic system, or system of symbols, the signifier (the dance) and the signified (the location of the food) are directly related: This property is called iconicity.

Yet, save for a few exceptions like onomatopoeia and certain signs in sign language, there is no direct relationship between the sound in human language and the object they denote. A desk is called a desk in English, a bureau in French, a shuzhuo in Mandarin and a syutoi in Cantonese, but there is nothing 'desky' about any of these sounds. This property, contrasted with iconicity, is arbitrariness. It was famously proposed by Ferdinand de Saussure, widely regarded as the father of structuralist linguistics.[7]

Human language is primarily an acoustic system, but most entities, actions and abstract concepts do not have closely related sounds. This necessitates arbitrariness. You would have a hard time inventing iconic sounds that refer to boxes, thinking or tranquility. Thus, arbitrariness was major step in the evolution of language: it resulted in an explosion in the number of concepts we can express.

On their quest to uncover the evolutionary origins of language, scientists have identified traces of this feature in primate communication. Vervet monkeys, whose calls were deciphered in the 1960s, are the most celebrated example. Their meagre but serviceable vocabulary comprises a set of distinct calls, each referring to a certain predator. Upon hearing the call for 'snake', the entire band of monkeys would evacuate to the trees; upon hearing the call for 'eagle', they would flee to the ground. This simple system substantially enhanced their chances of survival. It is the classic example of the potency of proto-languages.[8]

The alarm calls of vervet monkeys upon seeing an adder.

In 2014, researchers deciphered another primate communication system that exceeds the vervets' in sophistication and functionality: Gibbon calls. Gibbons have long been known to produce loud, distinctive calls, but their quieter whispers, or 'hoo' calls, remained under the radar until scientists at Durham University decided to investigate. The apes, it turned out, could produce a variety of acoustically distinct whispers, although the differences are too slight to be audible to the human ear. The choice of whisper depended on the context. Like their vervet brethren, they used different calls to refer to sundry classes of predators, but they also had distinct calls for feeding, singing with a partner and inter-group encounters.[3][4]

Yet, notwithstanding their aptitude in producing and comprehending arbitrary speech signals, apes do not enjoy the luxury of full-fledged communication systems that humans take for granted. Their inventory of utterances is still severely limited in comparison to human language. Other design features are necessary to enrich the communication system.

When a vervet monkey sees an eagle, it will make a 'iiiiaaaap!' sound. The sound cannot be broken down into smaller segments: It is a continuous stretch of vocalisation. In contrast, the English word 'eagle' can be broken down into three constituent sound segments: the 'ea', the 'g' and the 'le'. As trifling as this observation may seem, it is this concept that underlies two other essential features of human language: duality of patterning and discreteness.

Duality of patterning is the idea that meaningless units of sound, called phonemes, recombine to form semantically meaningful words. A limited inventory of phonemes, when combined with adherence to language-specific combinatorial rules (for example, English disallows sounds like 'wchosg'), creates the set of phonologically possible words in a language. This two-tiered system expands considerably the number of possible signs in human language.

What makes this recombination possible in human language and not in other forms of primate speech? Unlike sounds like gibbon hoos, where the inventory of sounds is better described as a spectrum or continuum, language structures are mostly discrete. (You can vary your loudness, breathiness or pitch to express varying degrees of emotion, but those are very marginal phenomena.) Phonemes are discrete blocks that you can move around and combine like lego blocks, hence the duality of patterning.

The Infinite Potential of Language

Phonemes are not the only discrete blocks of language. On the word level, we put together morphemes (blocks of meaning like 'un' and 'happy') to form words (like 'unhappy'). We then put these arrange these words into strings called sentences. This is another way in which human and monkey communication differ. Monkeys can refer to enemies, but they cannot, say, describe the appearance or ferocity of the enemy. Human language, by contrast, is not confined to mere naming.

As humans, we are so profligate with words that we do not realise the astonishing potentials of language, one of which is to create breathtakingly long yet still meaningful expressions. The Guinness Book of World Records once had an entry for the longest English sentence, which was occupied by a 1300-word-long sentence by William Faulkner. The great psycholinguist Stephen Pinker famously noted that he could infinitely extend the sentence: First by adding 'Faulkner wrote' to the beginning, then 'Pinker wrote that', then 'Who cares that'…[10]

What makes human language capable of infinite productivity? The answer is recursion. You may be familiar with the notion of recursion in mathematics and computer science: A function calls itself, resulting in repeate iterations of the same function. Other examples of recursion including two mirrors face each other - which results in an indefinitely repeating image - and Russian nesting dolls.

The Droste Effect, an astonishing showcase of the capabilities of recursion. Here, a single image is repeated indefinitely.

Language applies roughly the same mechanism. When linguistic rules 'invoke themselves', they can create a recursive pattern where smaller structures are infinitely embedded in larger ones:

Language and the Human Miracle

To most of us, the use of language is so mundane that we virtually take it for granted. Closer inspection reveals, however, that the power of language to convey feelings, express ideas and transmit information is immense. Depending on your beliefs, it is one of the greatest gifts that Nature or God has ever conferred upon a species. Lions and tigers may have been blessed with sheer brawn, and jaguars and leopards with lightning speed, but none have enjoyed our level of success and prosperity.

As a civilisation, we have created literature, arts, architecture, music and technology, and unveiled the secrets of every facet of nature, from the structure of the universe down to the private lives of subatomic articles. In all these endeavours, the role of language has been pivotal. It is language that serves as the medium of communication among collaborators; it is language that acts as the vehicle to pass down human knowledge; it is language that lent us a tool to think consciously and rationally;[9] it is language that served as the clay for language artists, who sculpt and mould it into verse and prose.

Only when we have closely scrutinised the unique properties of our language can we appreciate the miracle that is the human species. 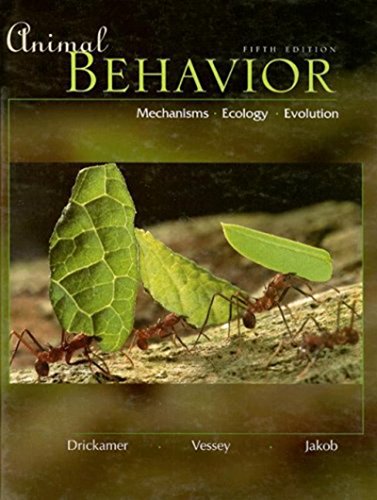