Phil E. has nearly a decade of financial experience in specialty consulting practices of the world's leading international accounting and consulting firms.  A passion for combining a technical background with a big picture perspective, and seasoned with some real world experience. Join me and the InfoBarrel community http://www.infobarrel.com/signup.php?ref_id=1934512
InfoBarrel is a writing platform for non-fiction, reference-based, informative content. Opinions expressed by InfoBarrel writers are their own.
InfoBarrel > Technology > Mobile

At the beginning of the week, Microsoft announced it was acquiring Nokia's phones business along with some patents and services for $7.2 billion. The transaction breaks out to roughly $5 billion for Nokia's devices and services business unit, including its line of Lumia smartphones that run Windows Phone software. The other $2.2 billion is for a 10-year license to use Nokia's patents and mapping services, and includes the option to extend that license indefinitely.

One of the most overlooked parts of this deal is that Microsoft is funding the transaction with its overseas cash.  Microsoft, like many large, multi-national corporations, has significant amounts of cash offshore that can be challenging to bring "home" for shareholders to actually realize the benefits. The deal structure is a savvy move to put this money to work for US investors that likely wasn't going to be coming home anytime soon.

When it comes to the mobile operating system that phones run on, there are only a handful of major players. According to Gartner, Inc., the top two operating systems are Android and iOS, which account for 90-95% of the smartphone industry. Android, which is backed by Google, is by far the largest player with roughly 79% of the operating system market share.  Apple's suite of iPhones run on its iOS platform and account for approximately 14% of the market.  The next biggest play is Microsoft's Window Mobile which was a bit late to the game and has just over 3%.  Blackberry has less than 3% and is expected to continue losing market share.

Steve Ballmer, Microsoft chief executive officer, stated in the company's press release, “In addition to their innovation and strength in phones at all price points, Nokia brings proven capability and talent in critical areas such as hardware design and engineering, supply chain and manufacturing management, and hardware sales, marketing and distribution.”  Historically, Microsoft has been a software company but has struggled with hardware.  The Xbox is about the only major hardware success to come out of Microsoft.  The Microsoft Zune was a failed attempt to compete with Apple's iPod.  Surface is still alive but has struggled to make headway against the iPad and other more popular tablet devices.  When it comes to phones, Microsoft only had its strategic partnership with Nokia.  However, Ballmer has been vocal about his vision for Microsoft to make a paradigm shift to become a device and services company rather than simply a software company.  The acquistion of Nokia's devices and services business segment brings that operation and expertise in-house. 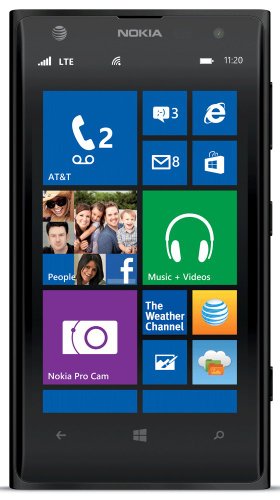