What to do in London, England

London is one of the most vibrant cities in the world. There are a multitude of options available for tourists to visit. The variety of attractions is such that you can visit again and again for the rest of your life and not see everything. Whatever interests you, architecture, history, arts, culture, it is all here.

London was established by the Romans about 2000 years ago. The area was settled even before that. Through the ages, London has gained in importance as a major center for trade, settlement and power. It is the capital of England and the United Kingdom and the most populated area in the country. As it has grown, many buildings and attractions for tourists have been established but the core square mile of the old city still reminds visitors of the ancient times.

The Tower of London is a royal palace and fortress that has been significant in British history for about 1000 years. While still a vital stronghold for the crown jewels, it offers tourists the chance to tour the grounds and some of the facilities. Guards provide a lively description of the history and usage of the Tower. An extensive collection of treasures, including crown jewels, is on display. The Tower is one of the most popular tourist attractions in Britain.

The Royal Observatory at Greenwich offers tourists a chance to view a scientific facility first established by King Charles II in 1675. It marks the 0 degree mark in longitude, the Greenwich Meridian. All other lines of longitude are measured east or west of this point until 180 degrees, the International Date Line. A laser projects from the observatory allowing tourists to visualize the start of the world's longitudes. Tourists can also see old clocks and scientific instruments such as telescopes and a time ball. 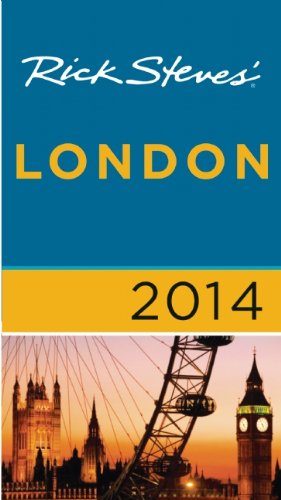 Kew Gardens is an important horticultural display and educational institute that covers almost 300 acres. Almost 2 million visitors a year enjoy the gardens and the extensive collection of almost 30,000 plants. The facility has a collection of over 7 million preserved plant specimens. There is also an important seed bank at Kew Gardens. Since Kew Gardens is so large, visitors should plan on spending practically a complete day there. The gardens are also out of the main London tourist area so travel to and from the gardens will take some extra time.

Museums attracting tourists include the Tate Modern, the National Gallery and the British Museum are distributed around London. Each offers visitors extensive collections that are unique or seldom seen elsewhere.

Transit around London offers attractions of it's own. The Tube, or subway, is the oldest such system in the world. An extensive network of buses, trams and trains move tourists and residents alike to the various destinations around the city. Buses are standard or double decked, (upper deck on the bus). Visitors using the upper deck should be careful. It takes some effort and time to descend the stairs. If at all possible, you should move to the lower deck prior to arriving at your stop.

The royal house of Windsor maintains a number of castles in London including Buckingham and Kensington Palaces. Each of these offer tourist services. The extensive grounds at each palace are tourist sights unto themselves. Buckingham Palace offers the Changing of the Guard ritual every day at around 11am.

London pubs are great for food, drinks and entertainment. They are located throughout the city. Try the local varieties of beer. Most pubs require patrons to order their food and drinks at the bar. Drinks are poured while you wait. Food will be delivered to your table when ready. If your table has a number on it, mention that number when you order the food.

The many parks offer tourists countless attractions and vistas. Speakers' Corner in Hyde Park is a famous sight. There speakers address crowds in an attempt to sway them to a particular point of view. Hecklers offer much entertaining dissent. For more than 100 years, this area has become the traditional site for public speeches and debate in England.

Hop-on, Hop-off buses travel around the city stopping at the most popular attractions including the Tower and Westminster Abby. Your day pass allows you to take the bus to any tourist spot you want. After you finishing your viewing, you get back on any of the buses covered by your ticket. You can then go to another attraction or just stay on board and view the city. While en route, you get a narrative guide to the sights along the way. Be sure to check with the bus company for any promotional extras that they offer. You may get vouchers for Thames river cruises or various walking tours. Your ticket may also be valid for discounts at certain souvenir shops or restaurants.

River Thames cruises offer tourists the chance to experience a relaxing trip on the river as it wends through the city. Many of the major sights, such as the government parliament buildings at Westminster, the London Eye, the Tower of London, London Bridge and more, are located on the banks of the river. Many other sights are within viewing range of the river. Traveling by ship frees the tourist from the regular commute options. On very hot days, the coolness of the marine environment is a welcome break from the heat. Many different operators offer trips to many destinations on the river. A great one is run by the city transit corporation sailing from Westminster down river to Greenwich and back.

Famous churches are a must-see for many tourists. London has a number them in this class which are beacons of British history. Westminster Abbey and St. Paul's Cathedral are both well worth visiting. Each of these magnificent old facilities are still operating churches but they are open to the public. There are admission fees for some areas and free events as well. St. Paul's was built in the 17th century and is the 5th cathedral to be built on the site over the past 1400 years. The building of Westminster Abbey was started in 1245 on a site that had been sacred since 1066. The museum at the Abbey is housed in 11th century vaulted under croft.

London was the host city of the 2012 Summer Olympics. This event attracted a multitude of new tourists to a city that already offers so much. The organizing committee incorporated many of the tourist-friendly features employed at the 2010 Vancouver Winter Olympics in Canada. Those that are left continue to be popular today.

With the multitude of attractions available, tourists visiting London will have no trouble filling their time in the city. Even residents of England and the city itself enjoy the tourist spots year after year.