The Real Difference Between Boys and Girls

Since grade school, we've been told that men are from Mars, and women are from Venus. We've got gender roles gender stereotypes, heck, even we've even started a trend of assigning genders to products, such as "Man Candles" or the "Bronut". With all of society's norms in place, the gap between men and women grows ever wider. Most people accept that boys and girls are inherently and fundamentally different. But how many of our supposed "differences" are real and how many are socially constructed? In order for us to answer this question, we have to work from the ground up. So, how did this all start?

Girls like pink and boys like blue, right? Where did this come from? Were we just born with this arbitrary distinction engraved in our brains? Actually, no. This slapdash yet widely-accepted (and often mandated) infant color coding is all thanks to a magazine called the Earnshaws' Infants' Department that published that, "The generally accepted rule is pink for the boys, and blue for the girls. The reason is that pink , being a more decided and stronger color, is more suitable for the boy, while blue, which is more delicate and dainty, is prettier for the girl," and that's the story of how every parent in America was peer pressured into letting every stranger on the street know what their baby's genitals look like.

This same idea was again published in Time magazine in 1927. So why did they do this? It was thought that corporations specializing in baby clothes and accessories would reap more profit if parents bought a new set of items when they had a second child of the opposite sex, instead of just reusing the old set.

"But wait," you may say. "It's backwards!" Yup. The "rule" used to be that pink was for boys and blue was for girls. This changed some time around 1940, though no one has been able to figure out the reason.

Fun Fact: Parents used to put all children in dresses, no matter their gender. Today, such a thing would be considered shocking and taboo.

Why is it that women's breasts are sexualized while men's are not? Males and females have the exact same breast and nipple tissue, but females' are larger and more pronounced. Men have the exact same mammary glands as women and can even lactate when stimulated properly. Yet, while male nipples are seen on TV and out on the streets, it is taboo and even sometimes illegal (public indecency) for a female's nipples be seen in public.

Why is this? Well, we don't really know. All we really know is that sexualization of girls is happening younger and younger, and that it correlates strongly with mental health issues such as eating disorders, low self-esteem, and depression.

So What's the Real Difference?

Well, not a whole lot. Though some studies have tried to point out differences in male and female brains, they don't take into account how easily the brain can be rewired, unline Neuroscientist and and Professor at Aston University Gina Rippon.

"There is pretty compelling evidence that any differences are tiny and are the result of environment not biology," said Professor Rippon.[1]

It starts at the very beginning of a child's life. Your child has a penis. Your social conditioning tells you that he has to be strong and brave, qualities associated with "masculinity." So, you buy him an action figure, impressing upon him your expectations of his personality and so conditioning him to stereotype the same way you do.

How Does This Happen?

Gender Socialization is a term describing the phenomenon that boys and girls are usually raised differently. Girls are usually played with more gently, due to subconscious biases, and are cuddled and held more than boys. When boys get to a certain age, it is common to weaken the bond of intimacy in the name of independence, which may be one of the reasons that girls are more "touchy feely," holding hands with their friends and hugging them all the time, while two boys who are just friends would be mortified to be seen holding hands. This may also be the reason that girls are considered more "adventerous" with their sexuality, and there are more openly bisexual girls than there are boys.

Yes, because of inequality. If there really are no differences between the brains of male and female individuals, and the only difference between them is their genitals, there is absolutely no justification for inequality between the sexes. And yet... it still exists, and social conditioning and stereotyping is to blame.

Male victims of domestic violence often don't come forward because of the shame associated with feeling emasculated. Most men are too embarrassed to admit that they have been abused or overpowered by a woman.

Male rapes are often underreported for the same reason. They are also often not taken seriously because of the assumption that all men want sex all the time. Female rapes are justified because "she was asking for it" by wearing revealing clothing or acting too drunk, this is because female bodies are far more sexualized than male ones.

Female "virginity" is prized and girls are often shamed for losing it, while male virginity is looked down upon, and losing it is celebrated.

Socially constructed "differences" between men and women only hurt both sexes. When we stop pretending that women are inherently quiet and weak, and men are inherently sex-crazed and violent (boys will be boys), we as a society can finally start to target the inequalities between us and build a better world for all humans as equals. 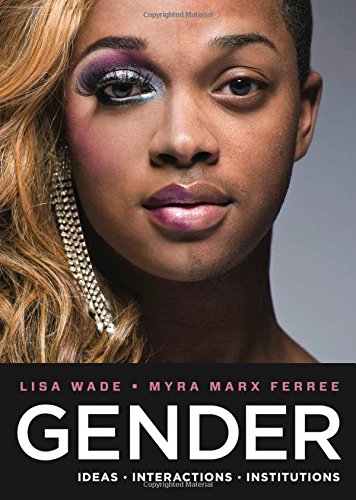 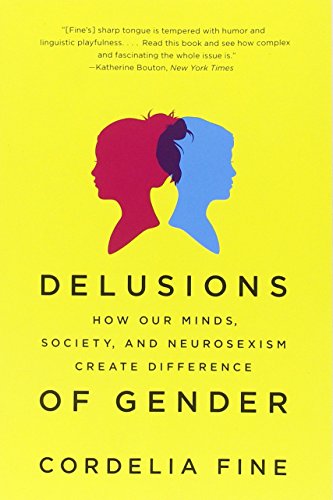 Delusions of Gender: How Our Minds, Society, and Neurosexism Create Difference Amazon Price: $16.95 $9.60 Buy Now(price as of Feb 10, 2016)
Next >> Zika Shrivels Testes, Drops Testosterone, and May Cause Infertility