I'd love to see your response to this article in the comments section. If you do not already have an account then it's easy click here to sign up.
InfoBarrel is a writing platform for non-fiction, reference-based, informative content. Opinions expressed by InfoBarrel writers are their own.
InfoBarrel > Entertainment > Music

When Bob Dylan was Godlike: The Highway 61 Revisited Recording Sessions

The recording of Bob Dylan's Highway 61 Revisited happened during a phase of the musician's career when he was transitioning from folk musician to rock star. Also, his fame was shifting from being a counter-culture personality to an American icon. This put added pressure on all of those involved in the Highway 61 Revisited recording sessions to make something worthy of Dylan's godlike status.

The Second Coming of Bob Dylan in 1965

Highway 61 Revisited was the second Bob Dylan album released in 1965 after Bringing it All Back Home. The album was recorded in 1965 from May 12th to August 4th, and released August 30th by Columbia Records. The first recording session took place at Levy's music studio in London, while the rest happened at Columbia Studio A in New York. This made sense since Dylan had become one of the most popular musicians on both continents.

The first producer on the album was jazz specialist Tom Wilson who admitted he thought folk music was for "dumb guys"[1]. Wilson had originally brought R&B session musicians into the studio but Dylan quickly dismissed them. Dylan was gaining influence to record the album and took liberty to test his music producer. He changed lyrics unannounced, ignored cues and challenged his band members to play unfamiliar instruments.[2] Dylan's rise to power in the recording studio paralleled his rise to prominence in the public sphere.

While Wilson welcomed lengthy studio sessions that gave Dylan artistic freedom the artist and producer still clashed regularly. Dylan became angry when Wilson forced him to stay centered on the microphone by strategically surrounding him with music stands. Dylan sought revenge against Wilson by ignoring his directions, making last-minute cue changes, and openly berating him on tape between tracks[2].

"Backstage Passes to the Forth Day of Creation"

Tom Wilson was not without significant contribution to the album however. It was his idea to invite versatile young musician Alan Kooper to witness the recording session on June 16. The size of this offer was not lost on Kooper who said at that time "Being invited to do a Bob Dylan session was like getting backstage passes to the fourth day of creation"[2]. While he had hoped the experience would benefit him spiritually, it propelled him professionally into relevance as Highway 61 Revisited would become the first of seven Dylan albums that Kooper would play on. The other most notable musician to play on Highway 61 Revisited is guitarist Mike Bloomsfield. Dylan convinced the guitar player to leave recording sessions of The Paul Butterfield Blues Band's new album[1]. Once again Dylan's fame and influence undoubtedly helped sway the guitar player from his original project.

Dylan flexed his creative muscle by recording "Like a Rolling Stone", a song intended as a radio single at double the acceptable length for radio play[2]. Rumors claim that Dylan recorded the six-minute long song in one take, but it was actually recorded on two entirely separate days; June 15th and 16th[3]. On the second day of recording Dylan waited for Wilson to take a phone call, then switched organ player Paul Griffen to piano and added Kooper to play organ for the first time. Kooper felt enormous pressure to play well for Dylan and described his nervous performance on the keys as "a little kid fumbling in the dark for a light switch"[3].

Kooper wasn't the only musician feeling the stress of Dylan's manic marathon production schedule. During the July 29th recording of "Tombstone Blues" bass player Russ Savakus freaked out and left the session. Savakus' frustrations were not due entirely to Dylan's demands, as Savakus was an upright bass player who had agreed to the work without realizing it would be on an electric bass. While Savakus would return for future recordings, in the meantime Kooper called bassist Harvey Goldstein who would go on to do on multiple tracks[1].

"The Only Prophet We've had Since Jesus"

Producer Tom Wilson never returned to the studio after the "Like a Rolling Stone" recording sessions. Dylan surely played a part in this decision to replace Wilson, yet he never gave an explanation to any of the other musicians[1]. After rumors circulated that high-profile producer Phil Spector may assume the role, eventually one of Columbia's own Bob Johnson took the job. Johnson gushed over Dylan with his own religious inclination, "[Dylan] was freaky to me... because I still believe that he's the only prophet we've had since Jesus"[1]. A producer with this mindset surely secured Dylan's status as deity of the studio.

The juggling of musicians became even more frantic as the recording sessions went on. The first cut of "Desolation Row" with Kooper on lead guitar and Goldstein on electric bass did not make the cut. Acoustic efforts by Savakus and guitarist Charlie McCoy replaced Goldstein's electric bass. Although Dylan was demanding, he was still open to suggestion by others in the studio. During the recording of the song "Highway 61" Kooper suggested to Dylan that he replace his harmonica with a police whistle, and the sound became a classic moment of levity on the album[2].

Many of the people throughout the recording of Highway 61 Revisited made allusion to Bob Dylan's talent being of religious proportions. Still in many ways they couldn't have comprehended just how influential their time spent in the music studio would actually be. Highway 61 Revisited been analyzed and interpreted in so many ways it's even been credited for concepts as abstract as being the symbolic dawn of the post modern age of law in America[4]. But perhaps the best words to describe album come from Dylan himself who said in an interview "[My records are] not gonna be any better from now on... [Highway 61 is] just too good. There's a lot of stuff on there which I would listen to"[2]. It is a brief admission of mortality by the myth himself. Regardless of your personal interpretation of its meaning Bob Dylan's Highway 61 Revisited is still just a really good album to listen too. 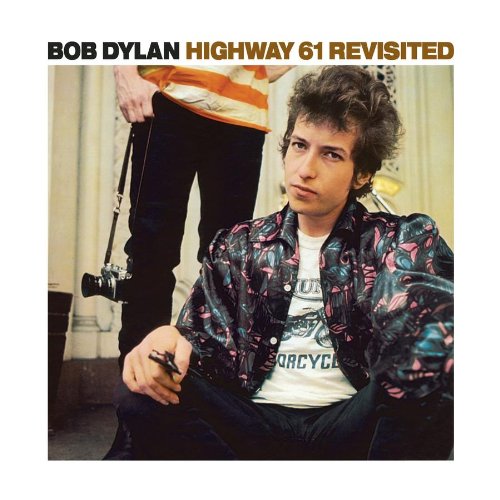 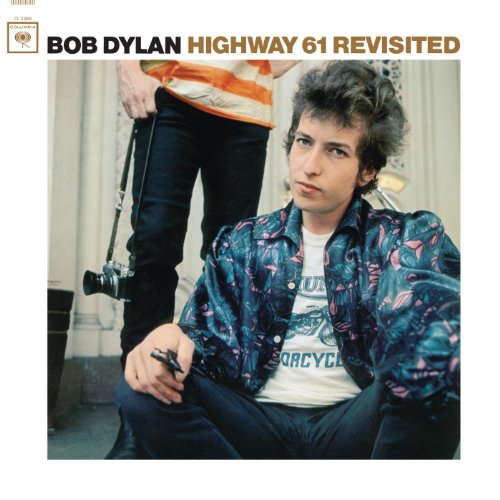