Thank you for visiting.Â Perhaps you might like other gardening articles by Tom onÂ Growing Potatoes in TubsÂ or when more space is available trying aÂ Lazy Bed Potato.Â Perhaps gather flowers and make an Elderflower Drink. Â
InfoBarrel is a writing platform for non-fiction, reference-based, informative content. Opinions expressed by InfoBarrel writers are their own.
InfoBarrel > Home & Garden > Gardening & Yard Care

When to Plant Potatoes

When to Grow Potatoes

When to plant seed potatoes

The traditional day in Ireland is St. Patrick’s Day which makes it really easy to remember as it is the national feast day. It falls on 17th March and the first crop of potatoes is usually planted on this day. For non Irish folk the time to plant is usually given as mid March (a day or so before Irish spuds go into the soil).

There is a very sound reason for waiting until the middle of March to plant and that is because the risk of frost has disappeared. But there is work to be done beforehand, apart from buying in the seed potatoes themselves.

Why do you chit potatoes?

Chitting gets the potatoes to sprout prior to planting them out. Potatoes will chit in the dark and many people did use this method in the past by leaving them in the bottom of a cloth sack until they sprouted. Modern methods and technology advancements have discovered that it is better to get your potatoes growing properly if you chit them in daylight (indoors if possible as frost must be avoided).

When chitting you are trying to give the now growing potato the best possible start before you place it in the ground or in a growing container or potato tub. Chitting is easy as you often find that old potato skins will chit inside the compost bin. It is best not to use these as they will not be disease free.

Seed Potatoes: How long does it take to chit seed potatoes?

Firstly, it should be noted that you can simply plant your seed potatoes straight into the soil. It is, however better to chit seed potatoes before planting them. Chitting potatoes gives them a head start and will improve the yield. You have to allow about two weeks for chitting to occur, so it is best to start at the beginning of March. 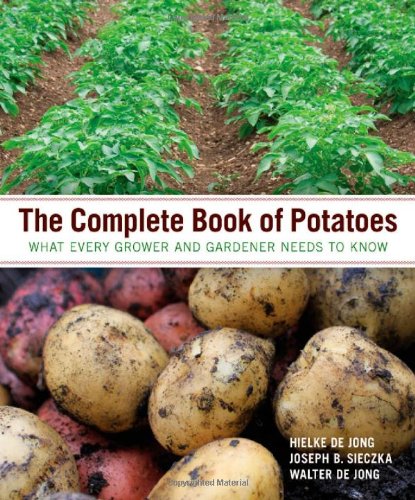 How do you chit potatoes?

The most straight forward way is to simply place them on the floor on some newspaper. You just need to ensure that sufficient daylight enters the room and that the room is unheated. A spare room would work very well and you can help if you can get the potatoes sitting upright in a container such as an egg box or a shoe box (the shoe box needs to be cut down as low as the egg box for best results).

You can use an outhouse, garage or shed for chitting too but you must be sure that the night temperature does not drop significantly. 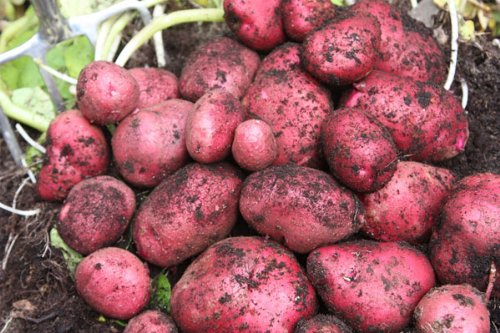 Once the chits have developed to a half an inch or so in height they are ready to go into the soil or potato bed. Mid March is the time because the earth or clay temperature is just right (typical soil temperature should be 7 C, which is 45 F). If you have a growing tunnel then you can start a bit earlier because the temperature will be higher but you have to be aware of the temperature drop over night (even in a tunnel).

The article concerns itself with first earlies (new potatoes) which are the first seed potatoes of the season. Potatoes can be planted in staggered stages during the year as the vegetable beds and space become available.

Three crops are possible namely first earlies, second earlies and main crop which are ready for harvesting nearer to Autumn. First earlies will be ready at the start of June just like these British Queens pictured. Other early varieties are Sharpes Express, Rocket, Irish Apple/Cobbler and many of the Pentland species.

Your local supplier will help you to choose the variety that will prosper in your area. Potatoes that are native to your own area are proven to be reliable and buying these seed varieties will give you a good start on your potato growing adventures.