I've spent most of the past two decades in East Asia, holding lecturing and publishing positions in Hong Kong, Japan and South Korea. Among my favorite places are Taiwan and the Philippines. I'm fascinated by local religions and customs, and enjoy reading about history and how the English language changes and develops. I enjoy writing on InfoBarrel. If you love writing, sign up today.
InfoBarrel is a writing platform for non-fiction, reference-based, informative content. Opinions expressed by InfoBarrel writers are their own.
InfoBarrel > Environment

When Will the Human Population Begin Shrinking?

In October 2011, the number of humans living on Earth reached seven billion. This milestone was reached just 12 years after the population hit six billion. Humans are living longer than ever before; global life expectancy is projected to hit 76 years by 2050. The number of people on Earth seems to be increasing rapidly. Or is it? The governments of several countries, notably Japan and Germany, have expressed concern over low birth rates. Could "peak people" occur during our lifetimes, and mankind begin to shrink?

Scientists believe the last time the global population dipped was around 70,000 years. There's some evidence the number of people on Earth crashed as low as 2,000, following droughts in Africa. Estimates of when humanity will reach its peak, and how many people will be alive at that time, vary hugely. While censuses aren't a new invention (the first was conducted by the Babylonians in 3800BC), it's only recently that the raw data and computing power have been available to make scientific predictions.

According to a report issued by the United Nations in June 2013, the world's population will hit 8.2 billion sometime in 2025 and peak at 9.6 billion in 2050. The latter total is significantly higher than earlier forecasts; as recently as 1993, the UN expected global population to stabilize around 7.8 billion. The number was revised upwards after the world body gathered information indicating fertility rates in places like Nigeria, Ethiopia and Timor-Leste are higher than previously thought, typically over five children per woman. There can be no doubting the thoroughness of the 2013 report, however, as it drew on demographic data from 233 countries and territories. Other forecasts see the peak coming later - around 2100 - and with the number of humans exceeding ten billion.

Overpopulation isn't just a Third World problem. It's well known that the hundreds of millions who inhabit Europe, North America and East Asia are putting immense pressure on the environment, and not only in their own countries. Farms in Taiwan - a net exporter of food between the 1700s and around 1970 - now meet barely a third of the island's dietary requirements. The population has grown, of course, but a key reason is that as people have become richer, they've developed a taste for delicacies such as imported beef, cheese, and shrimps (many of which are farmed in an unsustainable manner in South Asia).

In another sense, we should be more concerned about babies being born in wealthy nations than those growing up in developing countries. It's estimated that each American baby born in the past few years will add almost 10,000 tonnes of CO2 to the atmosphere over his or her lifetime, unless there's a major change in conditions (peak oil is one of the more likely scenarios). A child born is the People's Republic of China, by contrast, may add 2,000 tonnes, while a Bangladeshi infant isn't expected to contribute more than around 65 tonnes. This is because many Chinese will never own a car, and won't take as many overseas vacations as the typical American. A Bangladeshi, if he or she is lucky, may get to own a motorcycle. For people in wealthy countries, having fewer children is perhaps the most eco-friendly decision they can make.

In many parts of the world, better access to education for females has been a major reason why birth rates have fallen. Mountains of evidence from India and elsewhere shows that more schooling means women get married later, and are more likely to take advantage of contraception. Writing in Scientific American in 2010, Fred Pearce argued: "Almost without anyone noticing, the population bomb is being defused. It is being done without draconian measures by big government, without crackdowns on our liberties - by women making their own choices."

It's an argument he expands in this book: 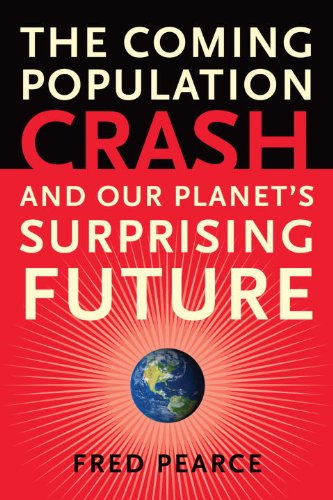 Africa, the Americas and Europe

While Africa's population looks set to continue expanding for two more generations, in almost every other part of the world a major demographic transition is underway. The term "demographic transition" refers to the shift from having high birth and death rates to a situation where there are far fewer births and people live much longer, usually as a consequence of industrialization. The Latin American countries of Brazil and Mexico - where the Catholic Church's opposition to birth control delayed but didn't stop a fall in birth rates - will, by 2050, have populations older than the USA and Canada, both of which are constantly rejuvenated by immigration.

According to the 2013 UN report, Europe’s population will drop by 14% by 2050. The statistical office of the European Union (EU) predicts a less drastic decline, forecasting that the total population of the 27 countries now in the EU will peak around 2040 at 526 million, then fall to 517 million by 2060. The picture is very uneven, however. In 14 members states, the population is expected to rise - by a startling 46% in the case of Ireland, and 41% for the UK. It'll collapse by 27% in Bulgaria, almost as much in Lativa and Lithuania, and by 19% in Romania and Germany.

China has long been the most populous country in the world. As of mid-2014, the People's Republic of China (excluding Taiwan, Hong Kong and Macao) had 1.394 billion people, compared with "just" 544 million in 1950. However, between 2025 and 2028 - forecasts vary on this - China will be overtaken by India, both countries having around 1.45 billion inhabitants by that point. While India's human population will continue to grow (albeit more slowly than before), China's will be ageing and shrinking.

This is the long-predicted consequence of China's "One Child Policy," instigated in 1979. Although the details of the policy, and the strictness with which it has been enforced, have varied considerably in the 35 years since it was set in place, it's obviously made a huge difference to China's population. Had the fertility rate been allowed to decline naturally (as it would inevitably have done, because families in societies where health care is better tend to have fewer children), China would now have an additional 200 million or more mouths to feed.

Many Westerners know something about the "One Child Policy." Couples who have just one baby receive cash bonuses and enjoy priority for urban housing and other benefits. Those who have a second or third child may have to pay a hefty fine; subsequent children may not be allowed to attend state-run kindergartens; and women who've already given birth may be cajoled into having an abortion if they fall pregnant again.

The age-old preference for male children in many Asian cultures hasn't disappeared altogether. Couples allowed just one child therefore do their best to ensure their only child is a boy. Female fetuses are often aborted simply for being the wrong gender. The resulting shortage of women could cause China's population to decline even more rapidly, as a significant number of men will be unable to find brides. Sex-selective abortion is also thought to be very common in India, even though there's no government-set limit on family size in that country.

Skewed male-female ratios have also been observed in South Korea and Taiwan. In both places, a significant number of women are choosing to marry Western men or not marry at all. In the richer nations of East Asia, the number of old people is rising more quickly than in the West. By 2050, the median age in both Japan and South Korea is predicted to be 53. In the USA by that time, it'll be just 41.

Taiwan's population, currently 23.4 million, will be falling by 2026, by which it'll be what demographics specialists call a "super-aged" society - one where 20% or more of the population is 65 or older. By 2061, according to one forecast, an incredible 43% of Taiwanese will be of retirement age. The pressing issue won't be overcrowding, but a lack of working-age taxpayers able to fund the special facilities and health care required by their older compatriots. 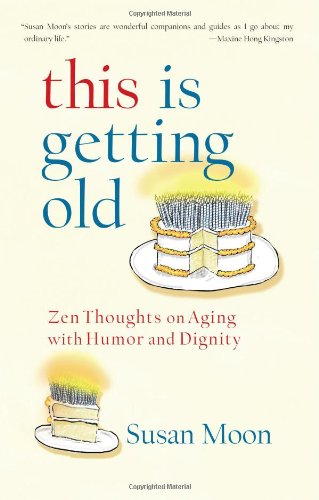