Where Can I Find Sofia the First in Disney World?

Where Can Fans Meet Sofia the First When They Visit the Disney Parks?

In mid-November of 2012, Disney Junior premiered a brand new princess named Sofia the First. She was a little village girl of about seven or eight years old, living the life of a commoner. King Roland II fell in love with Sofia’s widowed mother, and her mother became Queen Miranda and Sofia became a princess in her own right.

There were some bumps along the way, like her twin step-siblings Amber and James. While James was initially mean to her and mended his ways, Amber was outwardly aggressive and jealous. It wasn’t until Sofia overlooked Amber’s actions and helped her “because we are sisters” did her feelings toward Sofia change.

Fast forward to January 2013 and Sofia the First became the number one rated children’s television program on cable in the 2-5 year old demographic, as well as for the 18-49 year old caregiver category. This is a prime buying audience, and Disney had a bona fide hit on their hands.

Sofia the First merchandise was initially slow to roll out into stores, but eventually became readily available in the spring.

How is Sofia Different From Other Princesses in the Park?

For little girls who are Disney princess fans, when they meet them in one of the parks, they are actual people dressed in costume. You can see their faces and they are permitted to speak to the children. Sofia is not dressed like them for several reasons. First of all, each of the other princesses are young women, not little girls like Princess Sofia. It would be difficult to find a little girl who can work in those conditions and not miss school.

In addition, all of the Disney Junior characters are in character costume with faces. Jake the Pirate, the Little Einsteins and Handy Manny have not been adults pretending to be children. They are huge-almost six feet tall-so children should not be surprised that she is not small like she is on television.

The #1 Selling Sofia the First Costume 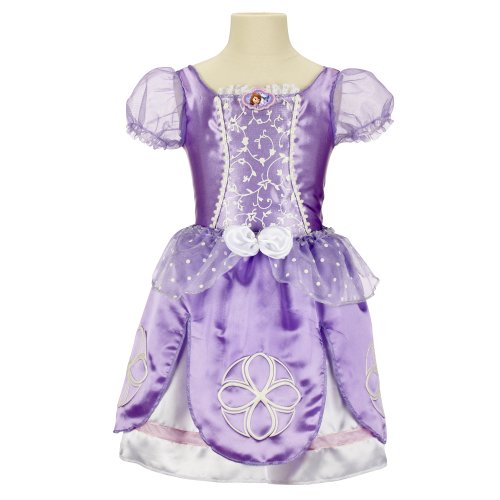 Sofia the First Sofia's Transforming Dress Amazon Price: $21.00 Buy Now(price as of Sep 19, 2015)
Why is this the most popular costume? First of all, look at the price! It is affordable for every budget. Second of all, it transforms. It can be worn as a gown as seen in the picture or you can remove the skirt so she is a ballerina. This costume can be work at the park without having your little girl wither in the heat.

Where Can I Find Sofia the First in Disney World?

Sofia made her debut in the Hollywood Studios Park this past summer. She has her very own spot with a purple backdrop of her castle home in Enchancia, located in the Disney Junior Area of the Animation Courtyard. Be sure to take an Attraction Guide for the times that she will be in the courtyard and holding her Met and Greet session. Arrive early and expect to wait!

She also appears in the Disney Junior Live Show in Hollywood Studios. The show lasts for 24 minutes, and it is guaranteed to delight the preschool and slightly older set. The shows focus is on friendship and teamwork, and it also stars Doc McStuffins and other popular Disney characters.

Accessories Fit for a Princess 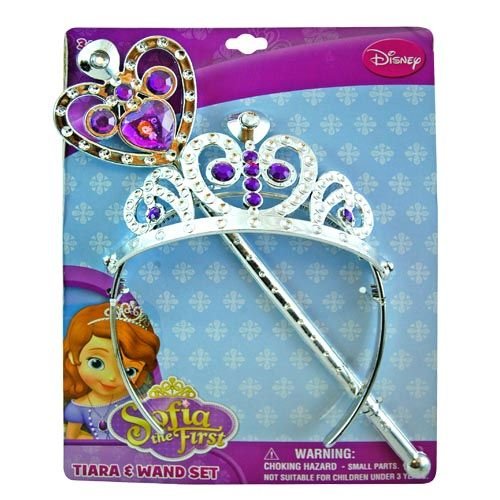 Disney Princess Sofia the First Tiara and Wand Set - Silver and Purple Amazon Price: $6.41 Buy Now(price as of Sep 19, 2015)
You do not have to buy royal accessories at the park! Buy them ahead of time and have your daughter feel like party of the royal family as she meets her idol!

Here She is In California!

This Will Cool You Off as You Wait in Line 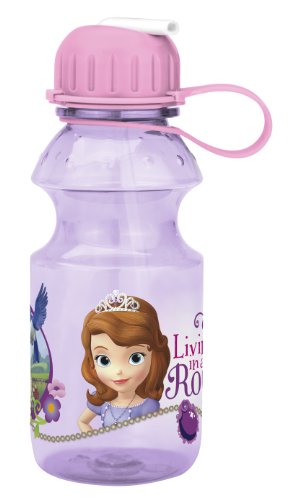 Zak! Designs Tritan Water Bottle with Flip-up Spout with Sofia the First Graphics, Break-resistant and BPA-free plastic, 14 oz. Amazon Price: $7.87 Buy Now(price as of Sep 19, 2015)
You can bring this to the park frozen and have it melt as the day goes on. Refill it at water fountains along the way!

Where Can I Find Sofia the First in Disneyland?

The Playhouse Disney characters also appear in the Disney California Adventure Park. Sofia appears on stage and lights up the stage with music and song. She does Meet and Greets in Hollywood Land. Again, prepare to wait, as she is one of the most popular characters to come around in years!