Where in the World is Josh Hartnett?

They're Gonna Make Me A Big Star

Film hunk Josh Hartnett was a rising star, appearing in some of the hottest films of the 90s, including the Hollywood blockbusters Black Hawk Down and Pearl Harbor. The last major film you probably saw him in was Lucky Number Slevin, in which he played a man who, mistaken for his friend, is kidnapped by henchmen because of unpaid gambling debt. It would appear too, that Hartnett himself had been kidnapped at about that time, disappearing under the rock of ‘I used to be famous’ obscurity.In a March 2014 interview in Details Magazine he confided, “I was on the cover of every magazine. I couldn't really go anywhere. I didn't feel comfortable in my own skin. I was alone. I didn't trust anyone. So I went back to Minnesota and got back together with my old friends—ended up getting back together with my high-school girlfriend for a while—and I didn't do any filming for 18 months.” [1]

And when he did get back into movies, he opted for working with small production companies and doing independent films. He said that he got something out of that side of film that he wasn’t getting while working in Hollywood.

Credit: Image via wiki commons by Lindsey8417 http://commons.wikimedia.org/wiki/File:Josh_Hartnet_CC.JPG ‘I wanted something that they didn’t want to give me,” he told Time Magazine in 2014. “So I took a break.’ He goes on to say “I’ve been doing films these past few years; that are films that I’m really proud of; with directors who are fantastic… I know that if I do a few more films in the system… then I will be able to go off and do these smaller films and possibly get them the release that they deserve.”[2]

June 2nd was the DVD release of the small-budget film Parts per Billion, which he starred alongside Rosario Dawson, among others. The movie follows the ominous trajectories in the lives of 3 different but interwoven couples all facing catastrophe in the wake of the deliberate release of a deadly virus into the population.

Josh is currently starring in the sex and gore series Penny Dreadful which airs on Showtime, Sundays at 10pm ET/PT. 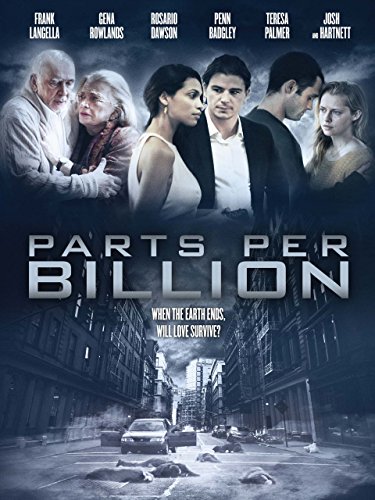