Which Asian Language Should You Learn?

Asia is quickly becoming an important region in the world. It's also increasing in soft power - many Korean and Japanese entertainment imports are becoming popular in the West. Because of this, there’s an increase in the amount of people learning Asian languages. Many take up classes, try studying abroad, or learning by themselves as a hobby. No matter what method you choose, you’re probably wondering - which is the right language for me? The answer depends on your own interests or career goals. All three major Asian languages - Japanese, Korean, and Mandarin Chinese - have their ups and downs during the learning process. As someone who’s spent time learning all three, I’d like to break down the pros and cons of learning each language, as well as how each one differs in terms of difficulty level.

Let’s start with Japanese, which is probably the most popular Asian language to learn. Before it was because of potential business opportunities, now it’s probably more due to interest in Japanese culture, arts, and entertainment. Japan isn’t quite the economic powerhouse it once was, but proficiency in Japanese can still be useful for both personal and practical reasons.

The language has a very complex writing system - no doubt the most complex of any Asian language. In addition to characters imported from Chinese, Japanese has two of its own alphabets - hiragana (for local words) and katakana (for foreign words, and emphasis). Unlike in Mandarin Chinese, characters in Japanese often have more than one reading, and irregular readings for certain character combinations aren’t uncommon. Plus, you have to memorize at least 2,000 characters in order to become truly proficient in the language.

The upside is that Japanese pronunciation is by far the easiest of the three. Compared to the tones of Mandarin Chinese or the somewhat guttural pronunciation of Korean, Japanese is a breeze. There are only 5 real vowel sounds, and most consonant sounds are familiar to English speakers - with a few exceptions, such as the R/L sound being somewhat different. Japanese grammar is the complete opposite of English - with a subject, object verb structure, and a complicated formality system, in which different verb conjugations  imply different levels of politeness. Many words and subjects are also often implied instead of outright stated, which adds another layer of confusion for the Japanese learner.

Still despite the complexity, there aren't many irregular verbs - once you have a rule memorized, generally you don’t have to worry about anything else. Japanese also has a vast amount of quality resources available for the language learner - everything from quality classes, study abroad opportunities, and even plenty of smartphone and tablet apps.

Next up is Mandarin Chinese which is by far the most useful Asian language. Chinese presents its own set of challenges, but it’s also simpler than you’d expect in some ways. The infamous hanzi (or Chinese characters) - thousands of ideographs you have to memorize instead of an alphabet - are just as hard to memorize as they are in Japanese. The upside, however, is that you typically only have one reading or pronunciation for each character. On the other hand, Mandarin Chinese is a tonal language - the meaning of what you’re trying to say differs depending on your tone of voice. Chinese only has four tones, which aren’t hard to grasp in theory but difficult to implement in practice if you’re used to Western languages. Thankfully the grammar is much simpler than either Korean or Japanese, and is actually closer to English - with a Subject, Verb, Object structure. Of course it isn’t entirely the same, and has its own quirks, but of all the hurdles you have to overcome while learning Mandarin, grammar is not one of them.

In many ways Korean is probably the hardest out of the three major East Asian languages. First the good parts though - Korean is definitely the easiest to learn to read and write. Instead of complex ideographs, Koreans use their own alphabet called Hangeul, which was actually invented by one of their kings centuries ago to promote literacy. It’s very simple to learn and only takes about a day or two of dedicated study. The bad news - other aspects of the language tend to be harder, in some way, than Chinese or Japanese. The pronunciation is easier than Chinese, but still harder than Japanese, and it’s easy to mix up certain sounds in Korean when you’re first starting. There are also plenty of sounds that don’t really exist in English.

The grammar in Korean is similar to Japanese - with a SOV structure - but more complex. Concepts that exist in Japanese - such as particles - are more complicated in Korean, and often change pronunciation depending on the word and other factors. What would be relatively simple concepts in Japanese or Chinese - such as quoting other people’s words - become a jungle of irregular verb conjugations to remember in Korean.

The hardest part of learning Korean, however, is the fact that resources just aren’t up to the same standard of quality as other East Asian languages. Korean is a language that has only recently begun to increase in popularity, and this is reflected by the meager amount of textbooks and classes available. Even in South Korea itself it can be difficult finding a reasonably priced class - many of the better University courses cost over 1500 USD for a few months. Textbooks for self study don’t fare much better - many contain horribly difficult to understand explanations with terrible English. Still it can be a worthwhile and fun language to learn, it just comes with hurdles that don’t exist in the other two languages.

Learning a foreign language can be a fun and rewarding experience. Whether it’s for professional or personal reasons, it’s something that’s worth trying at least once in your life. For those interested in Asia, learning an East Asian language will be a fun and useful skill regardless of which one you choose. 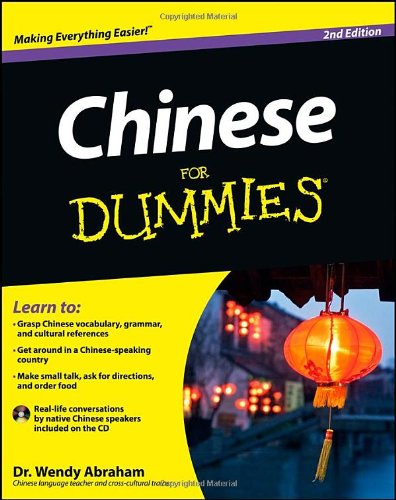