You can find, modern, vintage, and collector's Barbie dolls at Amazon.
InfoBarrel is a writing platform for non-fiction, reference-based, informative content. Opinions expressed by InfoBarrel writers are their own.
InfoBarrel > Entertainment > Hobbies

Which Barbie to Buy? Predicting the Value of Barbies

Trying to decide which Barbie to buy? If you are venturing into collecting Barbies, then your own personal favorites should be on the list. However, you may want to also consider bringing dolls into your collection that are more likely to be an investment as well. Predicting the future value of Barbies is not an exact science. But choosing popular, rare, and higher quality Barbies to start with will increase the chances that your Barbie collection can be one you enjoy and one that makes you some money.

Increased rarity will increase the value of Barbie. However, you can’t always predict how rare a Barbie will become. The most prized original Barbie, which can sell for thousands, only became rare over time as few survived playtime. Some Barbies are rare because only a few were made and sold to collectors through BarbieCollector.com. Some of the rarer modern Barbies are those designed for and given only to participants of the yearly Barbie Convention. One of the more rare and prized convention Barbie dolls is the Golden Gala 2009 Convention 50th Anniversary African America Barbie, which was a limited edition of only 600.

Popularity is another sometimes  unpredictable but important aspect of predicting the future value of Barbie dolls. You want a doll that is popular and rare for it to climb in value. And you may not know what will be popular until that Barbie is sold out. For example, the Holiday Barbie series is popular, but no longer rare as every collector buys one every year and they are not sold as limited editions. The exception is the first in the Holiday Barbie series from 1988, which sold for $150 on eBay at the end of 2011. Other Barbie dolls that tend to be popular are anniversary editions, those sold for collectors in lim

ited editions, and designed by artists such as Bob Mackie and Armani.

Unless it’s a special anniversary edition, the Barbie dolls and Barbie clothes for dolls sold for children in stores will not usually increase in value in the next 20 years. If you want a better chance of the value of your Barbie dolls to go up, then you’ll want to purchase Barbies made for collectors. These are higher priced to start with, usually over $100 and limited editions. 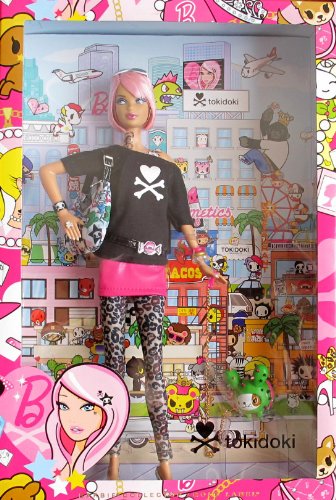 The 2011 Barbie by designer Tokidoki features tattoos on her back, neck, and shoulders sold out quickly. Originally priced at $50, the Tokidoki Barbie was selling on Amazon and eBay for $300 to $400 at the end of 2011. That’s a good investment if you were lucky enough to get one of the 7,400 made. But this isn’t Barbie’s first tattoo. Mattel tested the waters with tattooing Barbie in 1998 with the Butterfly Art Barbie Doll, a doll made for kids that Mattel removed from shelves after four months due to parents complaining. You can now buy Butterfly Art Barbie for about the original selling price or a little higher.

A mistake Barbie that may (or may not) rise in value includes  the Jacob from the Twilight series with an upside down tattoo. A Barbie controversial for its mistake and for Mattel’s reaction by pulling if from the shelves was pregnant Midge with her African-American baby made in 2002. In 2011 that Midge sold for $80 to $100 on eBay.

When deciding which Barbie to buy, do choose ones that you find interesting or beautiful. The value of Barbies should only be a secondary consideration because your favorite Barbie may not be every other collector’s favorite. If your collector Barbie value does go up, consider that a nice bonus to Barbie collecting.