Which Country Has The Most Vending Machines?

In the late 1800s, commerce was booming in the United Kingdom. Many British citizens wanted a more efficeint and simple way to purchase products. A man by the name of Percival Everitt decided to construct an automated machine that could dispense these products to the public. By the late 1880s, these machines, which were later called vending machines were at almost every train station in the United Kingdom. Some of the products that were sold included postcards, notepaper, and envelopes. In 1887, The Sweetmeat Automatic Delivery Company became the first company to maintain and install vending machines throughout the United Kingdom.

Eventually this idea spread to the United States, and in 1888 The Thomas Adams Gum Company sold gum in these machines (mainly in New York City). Over time, vending machines became more and more popular and popped up in hospitals, schools, offices, and arenas. The most common products that are sold in them today are sodas, chips and candy.

So, out of all the nations in the world, who really has the most vending machines. The answer, surprisingly Japan. The first vending machine in Japan was made of wood and sold postage stamps and postcards. In the 1950s, they started popping up even more in Japan, and drinks became extremely popular (Coca-Cola being the biggest seller). Over the next several decades, the Japanese fell completely in love with this innovative concept.

Japan has the highest number of vending machines per capita. This means that there is about one unit for every 23 people living in the country. The Japanese are absolutely nuts over vending machines. In total, the island nation has approximatley 5.7 million coin and card-operated units. That means that there are more of these machines in Japan than the entire population of New Zealand. One would think that with so many of these machines, that over time the concept must have become repetitive and sort of boring. In actuality, it is the exact opposite. Japan has some of the most innovative and strange vending machines compared to any other country on the planet.

If you ever go to Japan, one can purchase beer and cigarettes from one of these units. Starting in 2008, a special smart card called a taspo was issued to citizens over the age of 20. The card is held up to a sensor after money is inserted into the machine.

So, which other types of these units exist in Japan? Well, Coca-Cola has giant robot vending machines walking around Tokyo as well as other machines which sell virtually every type of soda in existence today. Apparently, the Japanese are obsessed with Pringles chips as well. So why not have automated machines designed specifically to just sell Pringles chips? Fortunately, you can purchase almost every flavor of Pringles at any train station or wherever these automated units are.

How about seafood? Yes, live crabs and lobsters can also be purchased almost anywhere. Some other foods include hot sandwiches, eggs, vegetables, instant-noodles, ice and a few other items. The Japanese also try and sell cars to the public in the form of automated machines. Pamphlets can be purchased which have information about new models, dealer information, and a sheet of Smart Car stickers.[1]

But wait! There are still some other products for sale that you can purchase without speaking to another human being. These include products such as flowers, umbrellas, sneakers, batteries, neckties, underwear, and gloves.

Some automated machines in some Japanese cities now display their products with touch-panel displays. People can purchase almost anything by touching the display, although the unit will also suggest other products that it thinks are perfectly suited to the customer. A handful of railway stations in Japan have installed next-generation vending machine models that are just like the futuristic ones often seen in movies. The products displayed change to reflect the season and/or time of day. If no one is standing in front of the machine it becomes an animated character putting out certain messages and promoting new products to the public.

High-tech sensors were installed into these units so that they automatically can estimate the user’s age and gender. Once confirmed, the product suggestions are made. For example, young women are typically recommended types of teas, while males may be recommended energy drinks or sodas.

Pretty much anything you can think of is probably for sale in Japan. Fortunately, you can receive these products within seconds and you never have to speak to anyone. There is no doubt that some of these machines do have malfunctions and operating issues from time to time, but Japan is a fascinating place when it comes to vending machines. Over time, it will be interesting to see what else the Japanese decide to sell and what other types of innovative ideas they come up with. 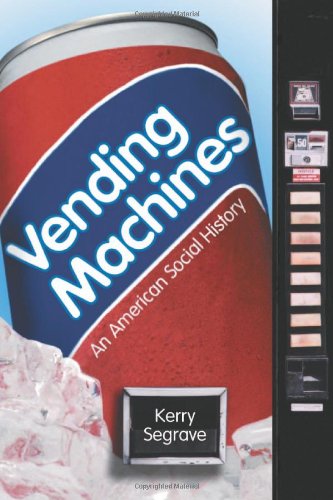