Why are Some Folks Aggressive?

Aggression is a feeling that builds gradually in the mind. It is a negative emotion that occurs when a person has developed a feeling of hatred and anger towards another. The only way they can vent off this ugly feeling is to attack their victim violently. Their behaviour starts off in the form of a threat. They attack  first even though they were not provoked. It is not restricted only to people, a country can show such behaviour against another country. There are so many of this type of folks in the world. You find them in the family, schools, work places, church and in the government offices.  They are:

Aggression that leads to a violent behaviour can hurt or kill somebody.  This severe behaviour could be physical force in the form of terror or emotional aggression which I call intense verbal abuse. As I mentioned earlier, the victim did nothing wrong to call for such behaviour. The  emotional  attack touches the mind or the heart.  An example is when  your husband or wife, family, friends or co-workers persecute you. They call you negative names and have nothing to do with you. Sometimes, it could be a silent treatment you get from your colleagues.

One day, I walked into the office and suddenly, everyone went quiet because I just walked in. The whole atmosphere that was once warm with laughter froze because of my presence.  They looked at each other  and their giggles stifled. Now this type really hurts  even just as much as physical pain.

Usually, they are intolerant because they disapprove the ideas and ways of behaviour that are different from their own. They believe that things have to be done their own way so, they get agitated when people do not meet up with their standard.  A married woman narrated to the public on television how her husband smeared faeces on her face. He knew she is the weaker sex, and lacks self advocacy  but I dare say that such a man would not try that on a man stronger than him. He will think twice.

Aggressors always try to find the weakness of the vulnerable to make them feel worse about their abilities and human worth. The story of Samson and Delilah is a perfect example. When she discovered Samson' s weakness, she preyed, tormented and delivered him to his enemies.

These kind of people have very limited knowledge about the situation they are angry about. They believe that when they unleash terror and fear on the most vulnerable victim who has no strategy or defence mechanism on how to resist such attacks they will make their goals.

The Psychology of passive aggression

According to the New York Times, aggression is now considered to be a crime by the international court especially if it is commited by a leader.

Pscychologists have observed that when children watch violent video games and movies there is the tendency that they will exhibit aggressive behaviour.

Children who spent thirty hours a week in day care tend to develop aggressive behaviours such as fighting and cruelty if they are kept too long away from their mothers - Jay Belsky of Birkbeck college in London.

When physical harm is perpetrated to another person, it is generally much worse than harming oneself. This also applies to psychological  harm. Once a person has performed a harmful action toward another person, that individual will come to dislike the victim. 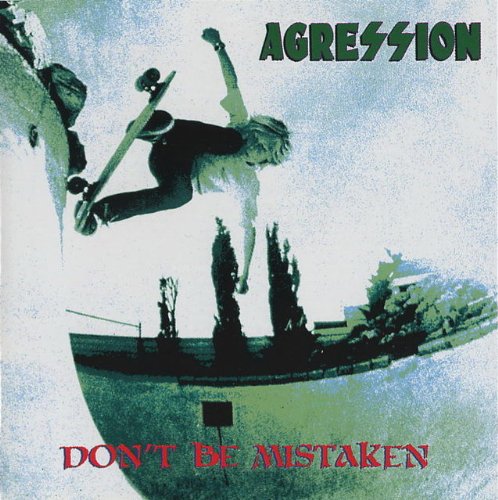 Don't Be Mistaken Amazon Price: $10.81 Buy Now(price as of Dec 23, 2016)
Aggression was one of the best bands to come but of Oxnard C.A and the album. Don't Be Mistaken is a surf/skate punk classic.
Next >> Home Coffee Roaster - Fresh Roast SR500 - Awesome Gift for the Coffee Lover