Why Are Tech Stocks So Speculative?

Nowadays we hear so much about the stock market and investing. Sometimes the more you read about it, the more complicated it becomes. There are tons of industries and companies to choose from, yet alone, so many different types of company sizes, ranging from micro-cap to blue-chip. One of the most popular industries is the technology sector.

Ever since the end of World War II, the technology sector was transformed from a commercial-based industry to a more personalized industry. Computers used to be the size of factories and finally grew smaller and smaller. Many of these technology companies started off with government contracts and slowly moved into a more generalized customer market mainly selling TVs and other products.

When a technology company decides on researching and ultimately launching a new product or idea, there is a behemoth amount of work involved. The biggest issue is the technology itself, and it's realistic and unrealistic applications. Initially, many computer programs and hardware were strictly used for the military. Over time, this became more accepted on an individual scale, especially when the rise of the internet first came about.

In the 1960's and 1970's, many tech companies designed and manufactured products that were suitable at the time. The only issue they had was; will these products be around in the near future? During this time frame many companies invested billions of dollars into new technologies that were “Supposed To Be The Next Big Thing”. Unfortunately, these products were not, and these tech companies filed for bankruptcy.

Another gargantuan problem that tech companies faced were emerging technologies, including software, hardware, microchips, and the applications which became the predecessor to the internet. How would tech companies know if a major paradigm shift were to occur in their sub-sector, but they completely failed to own the application to apply to this new technology? Many companies faced this issue as well and are now defunct.

By the late 1980's and 1990's the tech sector was essentially on “Steroids”. The U.S. economy boomed simply because most jobs were tech-related in some way, shape, or form. On top of that the “internet era” was also underway. These two factors created one of the largest economic booms in American stock market history.

During this time, commercials would air on TV where a 16 year old boy would be on his bike stating “I just made $10,000 in the stock market”. A man with a suit would ask him “What type of stock did you buy?” The boy replied “I don't know, some company that does things on the internet”. Hopefully this boy didn't hold onto this stock after the year 2000, because this is when the tech bubble began to burst. Billions of dollars were siphoned out of the stock market as tech companies ran out of cash or faced colossal earnings disappointments.

This biggest lesson learned from the “Dot-com Bubble” was that tech companies never really owned physical assets and hoped to always sell the next “Hot Item”. Their only assets were the brains behind a new technology or application that hopefully would never go out of style. Technology changes so rapidly that nobody can predict which items will be hot next week, next month or even next year.

One must look at the history of technological innovation and conclude that technology evolves too quickly to speculate on. If a phone or TV existed 40 years ago and a company built it back then; does this really mean the same company will build it again in a decade from now? If a company that makes a small error in regards to certain sub-sectors they invest in, they could easily go out of business.

There is no doubt that some tech companies have been successful and transformed peoples lives for the better and that is a wonderful accomplishment. The issue from an investment perspective is; will their product be around in a decade or two? Can some third-world country illegally copy this new technology? Which physical assets do they really own or are the assets just intellectual property?

So, when looking at tech stocks, one must remember, that tens of thousands of these companies exist. Many focus on certain sub-sectors hoping to create the “Next Big Product”. The tech sectors' history has been plagued with ever-changing products, booms and busts, and expensive Research and Development costs. 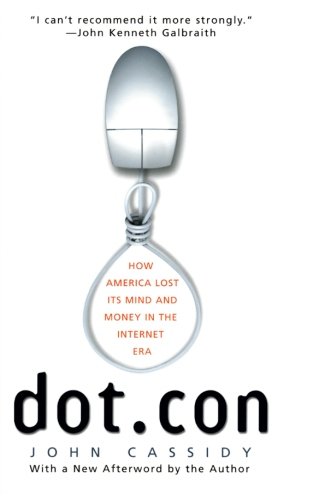