I am a retired teacher of English as a second language. I teach on line via Skype, and write on-line articles which reflect my love of travel, language, literature, history and culture. I love writing for InfoBarrel. Why not join me by signing up here: http://www.infobarrel.com/signup.php
InfoBarrel is a writing platform for non-fiction, reference-based, informative content. Opinions expressed by InfoBarrel writers are their own.
InfoBarrel > Environment > Pollution

Why are Bees Important?

We humans have had a sweet relationship with bees for thousands of years.

Credit: "Runny hunny" by Scott Bauer, USDA ARS - This image was released by the Agricultural Research Service, the research agency of the United States Department of Agriculture, with the ID K7240-6 (next).This tag does not indicate the copyright status of the at

The earliest evidence of people gathering wild honey has been found in 8,000 year old drawings in a cave in Spain. Since bees were domesticated at least 4,000 years ago honey has been used not only for its sweet flavor but also as an antiseptic, a lotion and an ingredient in alcoholic drinks. The ancient Egyptians used it as a preservative in the mummification process, and for the ancient Greeks it mayi have been ambrosia, the food of the gods.

But bees do not only give us honey. Other hive products include:

But all these products pale in comparison to the bees' vitally important role as pollinating insects. Science Daily reports that the worldwide economic value of bees and other pollinators in 2005 was €153 billion or in excess of $US 200 billion. As they gather pollen and propolis, bees fertilize flowering  plants, enabling them to produce food not only for humans but also for domestic livestock and untold numbers of wild creatures.

My Neighbor the Beekeeper

To find out more about these important little creatures, I decided to interview my neighbor "Sandra". She became interested in bees after reading the novel The Secret Life of Bees by Sue Monk Kidd, and established her first hive in 2009. 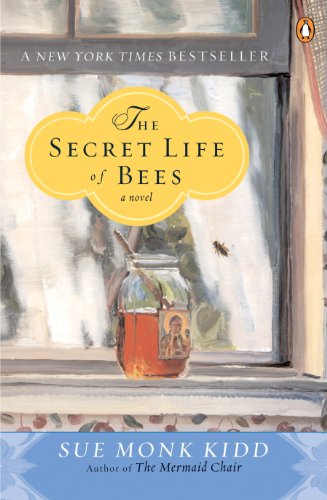 The Secret Life of Bees Amazon Price: Buy Now(price as of Jun 19, 2016)
Available as an e-book

Sandra told me that it had been easy to become a beekeeper, but not so easy to become a successful one. She began by getting a jacket, a veil, protective gloves, a hive tool, a smoker, and, of course, a hive.  Her hive consists of a bottom board, two or three "supers" (stacked boxes with frames inside), and inner and outer covers.

Then the learning curve began. Once Sandra had mastered the basics, she continued to learn through careful observation. She finds bees absolutely entrancing and her face lights up with enthusiasm when she shares what she has learned. She is fascinated by:

"The way they orient themselves to their surroundings, the way they communicate to one another about where rich food sources are, the way they know what their jobs are. The first job they do is clean the cell they emerged from, and the next job is feed the eggs and larvae. Then they go on to the make the honeycomb and create the honey, then they graduate to guard bees who protect the hive from intruders. The final stage is foraging for nectar and pollen.

They will give their lives for the good of the hive and cannot live without it."

The worker bees are all female. The males are drones who, according to my friendly neighborhood beekeeper, live a life of utter laziness.  Worker bees clean and feed them, and they generally go out at about 2 pm to hang out with other drones waiting for a virgin queen to come by. (Sandra, who has quite a lively imagination, pictures them "hanging out ... drinking beer and smoking cigars"!). If they do not find a queen they return home at about 5 p.m. for more feeding and grooming. If they successfully mate with a queen, they die.  If they never mate, they continue to live in the hive until September when the workers will have finally had enough and kick them out. 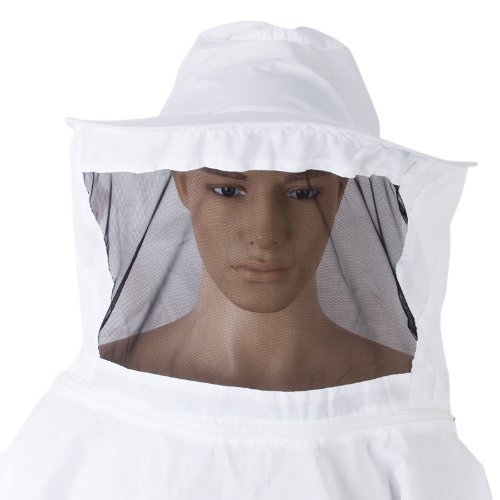 Join a Beekeeper and Take a Close Look at a Beehive

For Sandra, the best thing about keeping bees is the opportunity to watch them.  She loves having them in her yard and being able to observe them.  The worst thing is when they die or when the hive does not make it through the winter.

Sandra has definitely had her share of bee fatalities, and the last several years have seemed to be an ongoing saga of tragedy. At times her bees have shown some very strange behavior. One year they swarmed in August, taking over half of the workers so that there were not enough left behind to make it through the winter.  She has also had the entire hive take off twice to almost certain death in cold weather, once in October and once in February.  She also had a worker bee who took it upon herself to start laying eggs. However, because she wasn't fertilized, her offspring were all useless drones who were "only good for one thing..."  While Sandra thinks that some of these problems may have been due to her inexperience, she has also faced problems shared by experienced beekeepers. Two of her queens died under mysterious circumstances, and one year she lost her entire hive to a disease called Nosema.

Sandra is not alone. Bee populations are in crisis and even professional beekeepers are finding that many of their hives are dying mysteriously, a syndrome called Colony Collapse Disorder (CCD), or that they are losing their queens.

While researchers have been attempting to identify the causes, it is difficult to identify specifics. There may be many interacting factors involved including industrialization, urbanization, habit disruption, pesticide use and genetically modified crops.

In addition, bees seem to be losing their ability to fight disease and have been dying in record numbers from infections by mites, viruses, fungi and parasites. One theory is that this is a result of malnutrition. Possible causes include climate change, drought, the use of high-fructose corn syrup as a winter food, and a lack of pollen variety. A 2010 study found that when bees obtained pollen from a variety of different plant species they appeared to have healthier immune systems than those taking pollen from a single species. However, current beekeeping practices such as using hives to pollinate a single orchard crop may not provide bees with a sufficiently varied diet.

Bees may also be finding it harder to locate food. Worker bees navigate by the sun and perform a circular dance at the entrance to the hive which relates the location of the pollen to the direction of the sun.

However, on cloudy days they navigate by and relate their dance to the magnetism of the earth, and it has been found that bees are extremely sensitive to magnetic fluctuations. It is therefore suspected that they may be affected by electromagnetic pollution from solar power satellites, microwave receiving stations and cell phones. In fact, the progress of the crisis in developed countries seems to coincide with the increasing popularity of cell phones.

The shortage of bees in the U.S. has resulted in the increased long-distance transportation of honey bees to fertilize agricultural crops. This increases the stress on hives, making them even more prone to infection, and may also contribute to the further spread of disease.

What Can Be Done?

Some orchardists are experimenting with the use of solitary, non-honey producing mason bees for pollination.

In the United Kingsom, the Department for Environment, Food and Rural Affairs is working to implement the "Healthy Bees Plan." The goal of this plan is to minimize the impact of pests and diseases, improve both beekeeping practices and the number of beekeepers, and to support scientific research.

In the United States, colony losses from April 2014 to April 2015 increased to 42.1 percent from 34.2 percent the previous year, with 27.4 percent of the 2014-15 losses being summer losses. President Obama's Pollinator Health Task Force recently published the National Strategy to Promote the Health of Honeybees and Other Pollinators and aims to reduce winter hive losses to 15 percent within 10 years. However, entomologists are more concerned about summer losses, and some quick math reveals that winter losses were actually only 15.7 percent, so the task force has targeted a mere 0.7 percent reduction in 10 years.

In Canada honey bee populations are on the rise. However, although there are 8,700 beekeepers and almost 700,000 hives, vigilance is necessary to ensure their continued survival.

My friend the beekeeper says that everyone can help the bees. We can do this by not spraying our gardens with insecticides, by planting bee-friendly flowers, herbs and vegetables in our gardens or on our balconies, and by lobbying governments to make insecticides, especially neonics, illegal.

The David Suzuki Foundation recommends providing a shallow bee bath to provide pollinators with water, and building bee houses for mason bees. The Foundation website provides instructions for building a mason bee house as well as a list of bee friendly plants.

Yes, the situation is serious but not completely hopeless. Something can be done.

Sea of Plastic: How Long before we Choke Ourselves Completely?

The Great Smog of London: A 1952 Environmental Disaster

Eco-Disaster of the Pacific Plastic Reef

Cleaning Up Abandoned Mining Sites in the United States

Our Oceans and Urban Runoff