Why Assassin's Creed 4: Black Flag is a Must Buy

Available on the PlayStation 3 & 4, Xbox One & 360, PC and more, Black Flag features over 80 hours of intense, jaw-dropping game play that includes some of the most incredibly in-depth graphics, historically accurate locations, ships, and characters: the infamous pirates Blackbeard, Calico Jack, and Stede Bonnet among others. The realism of this game is unparalleled and it will keep you captivated for hours.

The player is immediately introduced to the character it will control, a pirate named Edward Kenway, a Welsh-born Brit peasant turned privateer who begins his journey to become the wealthiest pirate to sail the West Indies. Kenway is part pirate, part assassin, and the player chooses to follow either path throughout the game, taking advantage of the options of stealth & surprise or overwhelming force to engage in the swashbuckling dominance of British and Spanish soldiers attempting to rid the West Indies of pirates.

The games storyline follows the life of Edward Teach, Blackbeard, until his demise in the middle of the ‘campaign.’ Kenway becomes one of his trusted friends and engages in warfare with him on both sea and land. The player sails alongside Blackbeard in a few of the missions and engages in combat whenever necessary.

In tradition with the Assassin’s Creed line, Kenway reluctantly joins forces with the Assassins in a race to find the ‘Observatorie,’ a secret technological device that has the ability to control the world by reaching into the mind of anyone desired – as long as they have their blood.

Besides the storyline, the game is packed with side-ventures that the player gets to take advantage of:

Sail the open sea plundering vessels for their sugar, rum, metal, cloth, and wood to accumulate wealth and capture ships to build a fleet for online multiplayer mode.

Upgrade your ship using money earned from various tasks. This becomes extremely important as you get further along in the game. You can upgrade everything from the amount of broadside cannons to the decorative piece at the bow of the ship

Accept assassination contracts to eliminate individuals throughout the West Indies that have performed dastardly deeds – and get paid to do it.

Hunt animals in the wilderness of the islands, and harpoon sea creatures from Great White Sharks to Killer Whales to craft items for the purpose of upgrading your character’s wardrobe, ammunition, and ammunition capacity. The ‘whaling’ aspect of the game is unique and challenging depending on the type of animal hunted. There is even a white whale somewhere in the game that needs to be skinned in order to upgrade the character.

Raid fortresses on islands to capture as your own to create a presence in the West Indies. Capturing a fortress reveals locations that haven’t been found yet, along with the items that are hidden there.

Seek for buried treasure from maps found on skeletons throughout the islands. Finding the treasure can be beneficial in more ways than one, as some unlock special upgrades for the ship.

Go deep-sea diving on shipwreck sites to find treasure chests lost under the sea. But watch out for sharks and eels – oh and don’t run out of oxygen. The ship’s crew drops extra barrels of air down to help keep you alive. Find all of the items at a shipwreck and you could unlock an upgrade for your ship.

Capture ‘shanties’, musical notes that are spread throughout the islands that are songs your crew sings as you sail through the waters of the West Indies.

Find manuscripts and messages in bottles throughout the world that help the player discover information about the 'Observatorie'.

This list is not at all comprehensive. There is so much awesomeness packed into this game that it will keep you playing for hours on end. Be sure to check out the community challenges, you’ll need to log in to the console’s respective network to do so.

Taking into account all of the game’s possibilities, don’t be surprised to not find it on your local electronics store’s shelf. Get it right here: 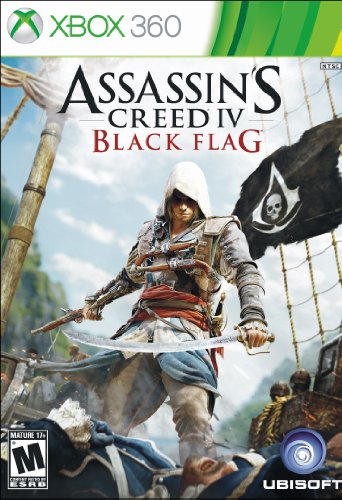