Christopher D Brown is a writer, trying to make the internet a better place.
InfoBarrel is a writing platform for non-fiction, reference-based, informative content. Opinions expressed by InfoBarrel writers are their own.
InfoBarrel > Business & Money > Economics

Why Is Bitcoin Becoming Popular?

There is no doubt that people are getting frustrated and confused with governments the world over.

A lot of this comes from the widespread belief that governments cannot manage money and lack financial understanding. It is becoming well known and publicized that to get their countries out of trouble, governments order their reserve banks to release more money.

The trickle down affect is that if there is more money printed, this creates inflation which devalues the dollar. But the average citizen’s wages and earnings do not go up the equivalent amount which makes them gradually earn less and less.

Not only are people slowly earning less but also taxes are raised, and the price of living keeps on getting higher and higher. Essentials like electricity and food seem to keep pace with inflation, but not income. Give this scenario; it is easy to relate the devaluing of the dollar to the devaluing of our way of life.

It is easy to see that many people are pointing the finger at the government for their lowering of living standards. But what can you do, how could you pay for things without dollars?

Bit coins are not the only digital currency; pro bitcoin bloggers are quick to debate the point that the dollar is now an electronic currency of which cash is a physical token. Take this view or not, the dollar is becoming less tangible as all aspects of our lives transfer into the information age.

Bit coins are starting to being accepted in some businesses but they are a long way off being a recognized currency by the mainstream public. Even then, the idea of a competing domestic currency is quite revolutionary as the dollar is the only currency we have ever known.

Even though there are different forms of transferring money like PayPal, these still refer back to the dollar. Bitcoin is a completely separate currency with its own trading platform, which makes it truly separated from the dollar.

The emergence and popularity of bitcoin creates a dilemma, which is in a nut shell about the democratization of money. Can we the people choose how we trade and with what, and is it ok for us to leave the government and banks out of our transactions if we so choose?

In theory, if someone was to trade dollars for bitcoins they would have paid taxes and any fees on the dollars that they earn/receive. But when trading in bitcoins there is no tax. It is like a tax haven currency for as long as those bit coins get traded, until they get turned back into cash. Because bit coins are not controlled by a central organization like a government or company, and are traded anonymously, how does the government get its share?

The short answer is that they wouldn’t, at least not until they worked it out. Bitcoin is essentially bringing bartering back into fashion for the 21st century, by having buyers deal directly with sellers without the need for government or banks.

The dissecting of parties from the exchange of money isn’t just about a financial gain. Pro bitcoin bloggers are all about the political side to bitcoins.

Is Bitcoin A Form Of Protest?

Because bitcoins aren’t backed by anything like gold or silver, who is using them and how is the price staying up? For a currency to work it must be accepted by traders, and move around the economy enough so it retains its value.

Are traders and consumers at large encouraged by the unpopularity of financial institutions and government?

The answer is certainly yes, but the degree varies. Governments and banks spending habits are becoming harder to understand. People don’t know or understand where the money goes that they pay to the government in taxes, and financial institutions seem to make up their own rules, and suffer very little if any consequences for their actions.

All in all the current financial system makes the average citizen feel very small and insignificant, even though they are the ones producing the goods and providing the services which keep the country running. And when their livelihoods are disrupted by events out of their control, or they are lied to or it can leave people disenfranchised.

Bitcoin into the future

The protest vote can be viewed as a large factor in the rise of bit coin, and if people are prepared to go out of their way to use bit coins instead of dollars, it will stay strong. However, it must be bought, used and inspire confidence in the wider community. Because if it gets traded in for dollars and the price drops too low, it may never come back.

Love it or hate it, if you have any thoughts on bitcoin, please leave a comment below. 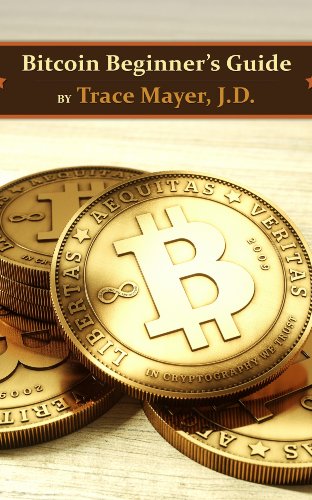 Bitcoin Beginner's Guide: Learn how to get started quickly and safely Amazon Price: Buy Now(price as of Sep 22, 2015)
Next >> Top 10 Wealthiest California Suburbs of San Francisco