Why Did Scotland Vote No?

On September 19, 2014, the people of Scotland held a vote to decide on independence. They could have formed a new country if the majority voted "yes". Instead, they opted to remain part of the United Kingdom. But why did Scotland vote no? The people obviously decided to stick with the current system, but hope to gain some changes.The Yes CampaignPeople who backed Scottish independence were a passionate group. They sought to reverse over 300 years of domination by the English. Using emotions, they were able to convey the belief that they were going to take Scotland to a new era. Freedom would be assured. Tyranny would be ended. The past wrongs would be righted. Unfortunately, there were few details available to map the future for a new, independent country.The No CampaignThe group opposed to independence were quite slow to join the fray. They employed more reasonable arguments to the question. With very little emotion, they were able to make people think about the consequences of a positive vote. What would happen with the national debt? What about policing and national security? Would the new country be eligible for European membership? Would it be part of NATO? These were serious points that did not have clear responses.

During the campaign, several important businesses declared their intentions. Many were willing to move operations from Scotland to London if independence was won. Even the Bank of Scotland expressed the intent to move. This type of capital movement would deliver an economic blow to the new country. Surely the threat convinced many to reject the question.The QuestionsIf independence was accepted, many traditional services would have been in question. Would the new country have to issue its own passports? Who would qualify? Would the area retain Queen Elizabeth II as monarch? Would the currency remain the British Pound? Alternatively, would a Scottish Pound or the Euro be used? What about national security for the new country? All of these questions were difficult to answer, with hardly any two people sharing the same opinion.Impact on Other UK JurisdictionsMany people in Wales, Northern Ireland, and elsewhere in the United Kingdom, watched the proceedings with interest. If independence was attained, other votes were all but assured. Thus the loss of one part of the UK was likely to being the eventual breakup of the entire assembly. The opinion of those in Ireland, for example, did not have a direct bearing on northern voters, but indirect pressure could have been felt.

The Impact on Quebec, Canada

Those wanting an independent Quebec watched the UK process closely. Very likely, if the September 2014 vote was affirmative, they would begin to explore the process for Canada. There have been two separate votes on the matter in Quebec. Both did not result in a new country. While most believe that Quebec voters are unwilling to separate, a positive vote in Scotland would have been studied intently. With the "No" side prevailing, the issue likely decreases in importance in Canada.Future PlansWith the question over, and defeated, a new future will unfold. The national government has promised to bestow greater powers on Scotland. With the results having been so close, the government will be forced to deliver on their promises. While the September 2014 win was slim, a future question may not be. The people have spoken, but they are clearly upset. Emotion was not enough to approve the question but it might be in the future. Longstanding concerns must be corrected to avoid a similar process in the future. Should such a repeat occur, the next result is likely to be the reverse of this one.Moving ForwardWith the question put to rest, the people of the United Kingdom can relax. The status quo is retained. A great many questions can now be ignored. Glasgow, Aberdeen, and Firth, continue to be part of the British United Kingdom. The British Pound is still the currency of the land. British passports are in effect. Businesses will operate as usual. People will wonder why did Scotland vote no for many years. Those who feel that they lost will watch closely for signs that their plight is improved. A distinct national feeling is a fact in the North. Over the past 300 years, the British government has either oppressed the Northern people, improved their lives, or ignored them. Clearly the past approaches were not working. People today have much power than they ever did before.It is no longer enough for a government to ignore the people. Democracy has been implemented and power has been gained by the populace. Referendum questions can now be asked, with dire consequences to the establishment. Ignoring, or oppressing, people is no longer an option.With the September 2014 question now over, people can ask why did Scotland vote no, but that is no longer the point. Will such a process ever occur again? It is up to the government to ensure that it does not. With the closeness of the last process, continued inaction will doubtlessly result in a different outcome if a future referendum should be held. Although the vote was "No", it was very close. Strict attention to the mood of the people is vital.While an independent Scotland would have been an interesting concept, a rational choice was made. Despite the current problems, the people decided to continue to live as they had. They did not seem to want to exchange a set of largely known problems with a vast set of unknowns. Emotions did little to sway the people. While 300 years of the United Kingdom were on the line, national sentiment was not enough to upset the entire domain. Right or wrong, the people have decided to continue to exist with the current governing structure. They have elected to remain British first, Scottish second. As the years progress, they will expect to receive the perks that have been promised for the "No" vote. 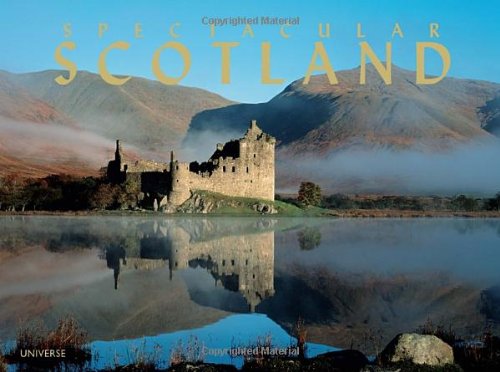