Why Do Cats Stare at Walls?

Cat behavior has often amazed people throughout history.  Scores of books and articles have been written to aid humans in the basic understanding of their feline friends.  Perhaps one of the most mysterious behaviors of cats that has not been addressed to a large degree is the act of sitting in front of a seemingly blank wall with an intense stare; sometimes accompanied by an occasional meow.  Why do cats do this?

The first thing that pops into mind as a possible answer as to why felines stare at walls is of course they see something their owners can’t see.  Though they appear to be slightly near-sighted; cats have the ability to detect the slightest movement even at a great distance.  This is most likely due to their large depth perception capability.  Cats also have a visual field which is about 200 degrees compared to the 180 degrees field of vision of humans.[2]

Cats’ eyes have more rods than cones as compared to humans.  The rods allow for detection of minute details in the nighttime.   A membrane in the back of the eye, the tapetum lucidum, acts as a sort of mirror that reflects back the light and thus it passes back through the rods and creates double exposure of light.  The pupils are elliptical and can close more rapidly than a human’s eye and opens wider to allow even more light.[3] 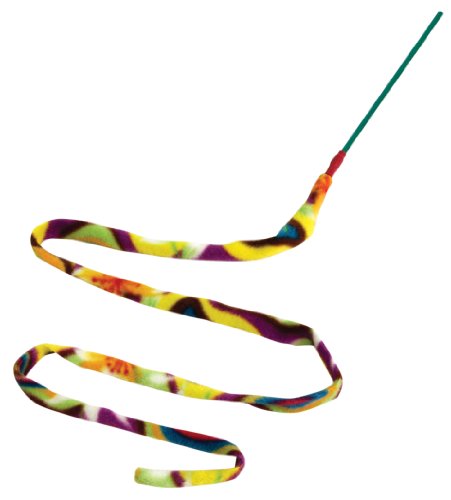 Another reason the cat may be staring at the wall is due to his intensive hearing abilities. The outer ear of the cat, called the pinna is shaped like a cone and both captures and amplifies sound waves.  Using about 30 sets of muscles (humans only have six), cats can rotate their ears up to 180 degrees and distinguish differences of tone as little as one tenth which aids them in identifying the type and size of whatever is emitting the sound.

To localize the source of the sound, cats process the difference in arrival time and intensity of the sound as it reaches each ear.  Differences are more apparent in higher frequencies and harder to detect if sound waves are larger than the ears are spaced apart.  Cats can locate and zero in within a few inches on a sound from three feet away and all within six one-hundredths of a second![4]

While humans average range of hearing is 64 to about 23,000 Hz (hertz or frequency of vibration per unit in the sound wave); the cat has a range of 45-64,000.[5]  This allows the cat to detect frequencies at both a much lower and a much higher level than humans.   Cats are most sensitive to sounds around 8,000 Hz as opposed to humans who are most sensitive around 3,000 Hz.[4]  Cats can even distinguish tone or pitch in sounds better than humans.

Electricity is usually measured in 50 Hz or 60 Hz.[6]   This is below the normal range of human hearing, but within the low range of the cat’s hearing.  Electricity running through the wires in the wall just may be what kitty is listening to when staring at the wall.

There may be several other reasons that leap to mind that could explain the behavior of kitty staring at the wall.   However, cats’ superior vision and hearing ability certainly offer the most logical answer to the question.

cat staring at wall for no reason