Why Don't We Actually Own the Digital Goods We Buy?

You buy a paperback book, and it's yours. You buy a CD, and it's yours. You write a letter, and it's yours (until you send it to someone else, at which point ownership legally transfers to them). All these things are clear. When you die, your books, CDs, letters, jottings and whatever else can be divided up amongst your friends and family as a memento of you and your presence. But how about this: you hop on to your new  broadband account, surf the net, maybe find a link, and before you know it, you've bought an ebook from Amazon. Or you use get on your new iPhone and hit the Apple App Store and suddenly end up buying that new album you've been wanting for a while. Who do these ebooks and album tracks belong to? You might be surprised to learn that they don't, in fact, belong to you. You may also be surpised to know that in many cases, unlike the paperback book you have on your bookshelf, DRM protection will prevent you being able to share what you have bought with friends and family even though you have paid almost as much money for the digital version.

Digital ownership is a tricky matter. The ebooks that you buy through your Amazon account, the albums that you buy through iTunes, the info on your Facebook account (particularly important if it's a business Facebook page), even your emails, don't in fact belong physically to you. You are, in effect, leasing a license to use content, which in the event of your unfortunate demise, expires. That means that your huge iTunes library won't be passed down to your children, your ebooks won't go to your grand kids, your emails won't be saved for posterity. None of these things technically, physically belong to you. Why? Basically because the law hasn't kept up with progress.

Ownership and the Law

Digital media has changed not only the way we shop, but the way that we store and use things. Photos don't stay stacked in boxes in cupboards, CDs don't pile up on shelves, books aren't lining bookshelves. And this actually has a huge impact on the ownership status of these things. Law, whether British or international, simply hasn't yet come to cover situations concerning digital media because digital media hasn't been around long enough for ownership to really become an issue. There have been a few cases governing digital ownership though. In the United States, the principal governing copyright law is called the right of first sale. This principle says that once bought, an item then belongs directly to the buyer who may choose to do as he wishes with it, even if he wants to resell the item in question. However, a recent US legal case has said that the right of first sale does not apply to digital media. Why? Because in the case of a CD, for example, if I buy it and then sell it on to you, I no longer have the CD (of course, I could have a copy of it that I burnt, but the law chooses not to take this into account). However, if I buy a downloaded album and then sell it on to you, there's no guarantee that I don't have another copy of it stored away (ah, so now copies do count?). Apparently the reason why copies are an issue with digital media is that you can essentially make an identical copy of the product before selling it on, as opposed to something like a CD, where quality degrades a little when a copy is made. This is a worrying trend, since it simply reinforces the idea that the things that you buy don't belong to you.

The EU is seemingly going to handle things in a different fashion from America though. A recent EU ruling has said that once a software license has been bought, that software license may then be sold on by the buyer. This seems like a ruling that could be quite easily applied to other forms of digital media. However as the law stands right now, whether in the EU, US or the UK, should you copy or pass on in any form material that you have paid for and downloaded, including albums and ebooks, you are legally guilty of copyright infringement and can be punished. Even if you think that that material belongs to you.

What Can We Do?

Initially, the question of digital ownership is something that more people need to know about. You need to know, and be perfectly clear on the fact, that you are not buying in any physical or intellectual sense the items that you're downloading. You are simply leasing them. In the same way that if you borrow a CD from the library rather than buying it, making a copy of that CD is illegal. However, we also need to realise that the law needs to change and grow with the way that society is changing and growing. Copyright laws were originally designed to protect artists, writers and musicians from having people unfairly copy their works, thereby cutting into the profits of the artists in question. But there is a difference between me copying a book and me buying a book and passing it along to my child, or as part of an inheritance, and whilst physical goods laws take this into account, digital media laws don't. Right now in the UK the rights to any digital media that you have purchased during your lifetime automatically revert back to the company that you purchased from upon your death. In fact, many services even specify this in their contracts (read the terms and conditions for your Apple iCloud account...). But maybe a bigger question is, does it matter? Maybe rather than changing the way that the law views digital ownership, we should change the way that we see digital ownership. As digital media becomes cheaper and ever more readily available paying to use content rather than paying to own content is becoming a much more feasible solution. Whichever way the law changes, it's going to take time to do so. But as digital media owners age, the issue is only going to become more pressing. 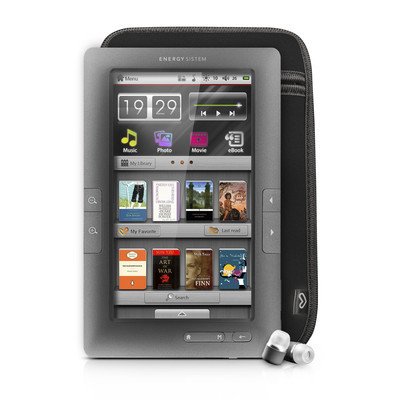