Why Gaming Is Becoming A Legitimate Art Medium

Games are no longer special. In the early 2000's we've seen gaming explode into the public consciousness in the form of multi-million dollar blockbusters, agitated floppy birds, and bizarre indie experimental games. Calling someone a “gamer” in the 90's brought to mind a specific list of stereotypes, but to label someone as a "gamer" today is like calling someone a “movie watcher”.

As technology progresses, the way we entertain ourselves evolves and the concept of what we consider a "game" rapidly distorts. Digital distribution, mobile gaming, AAA game developers, and the advent of indie studios are all signs of a strange new era, one in which the idea of gaming is no longer esoteric or relegated to a couple of adolescents hanging out in their parent's basement. As the Gen X-ers and Millennials who played games in their childhoods grow into adults, the medium of gaming is also maturing. And with technologies like the Oculus Rift fast approaching, gaming is going to get a whole lot bigger and a whole lot weirder.

So how does this relate to gaming as an art medium? Much like there are many different types of movies (blockbusters, indies), there are increasingly numbers of thoughtfully produced games. And just as some more experimental movies push boundaries and shatter fourth walls, experimental games push the preconceptions of what we consider a game to be.

A recent indie-gaming hit Papers Please puts you in the shoes of a customs agent working the border of a dystopian nation-state. Every day you must grind through increasingly tedious tasks in increasingly harrowing situations, all with little reward and where any mistake may have far reaching consequences.

Now, why would someone play something that is effectively a paper pushing job simulator? Well, much like how some authors write chapters of seemingly content deprived prose to create a Kafkaesque atmosphere, Papers Please forces puts you in a position where you feel the daily grind of working at a volatile border. You feel the weight of denying a mother with an expired passport from seeing her child in order to make a few more dollars so you can feed your own family. The grimness of the situation is truly appreciated and something that works because you are playing the game. It immerses you in a world, not by telling you or showing you, but by letting you live it.

Another game, To the Moon, embodies many of the new ideas that are shaping the landscape of present and future gaming. To the Moon, as well as other "point and click adventure" games (Curse of Monkey Island, Gone Home, Telltale Games' The Walking Dead) are often criticized as less games than interactive movies.

Yet the emotional connection you form with the characters through “playing” them, and level of immersion you gain through exploring the environment are things that passive watching would not replicate.  That is to say, the emotional impact went far beyond what I had come to expect from “just” a game. With the introduction of virtual reality, these interactive environments could turn into strange new worlds. And with any new technology it will also bring up a whole host of new sociological, economic, and moral questions.

You don't have to look far for stories that show that gaming has become a powerful force: Grand Theft Auto V selling nearly $2 billion or the sale of the indie gaming company Mojang to Microsoft for $2.5 billion.

Games have become a fixture in the public imagination, becoming a means for artistic expression and social satire, constantly exploring novel modes of entertainment and communication. And I'm looking forward to what's ahead. 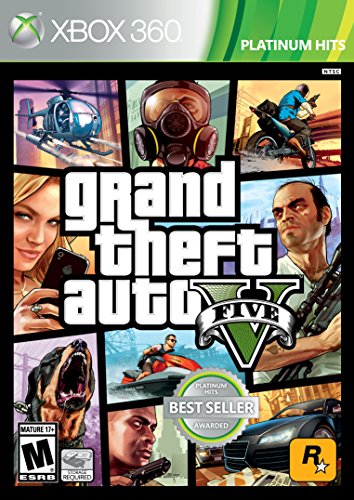