Why I Am Madly In Love With Government Cheese

Nothing screams “The 1980s” louder than Government Cheese.

And I’m not talkin’ about the rock band of the same name; I’m talkin’ ’bout the real deal, Willis.

But, wait, there’s more: not only was it free, it was actually very good, and that’s why I’m madly in love with Government Cheese.

Hello/Goodbye Gub’ment Cheese!The wondrous cheese didn’t just spring up one magical day out of nowhere, but for me it sure seemed to.  It was 1983; I was in college, sharing a crummy two-room apartment with my girlfriend (whom I’ll call “Salma Hayek” to protect her identity and to make me feel better).

College is a time of being constantly broke.  Whatever doesn’t go for books and rent has to go for beer.  Food could be an issue.  Anyway, one day, I was smoking cigarettes while sitting naked on our couch when Salma came home with the most wonderful news: “They’re giving away cheese!”

“What?” I stammered in disbelief.  Free cheese?  How can this be? Who are these mysterious benefactors “They” of whom Salma spoke?

So Salma and I had hot, steamy monkey sex, then we went down to the cheese distribution center (ok, so we didn’t have sex immediately, but it’s my story and I’ll remember it the way I want).

When we got down to the distribution center, I found out the “They” supplying the cheese was Uncle Sam.  That’s right; our government was feeding its people with free cheese!  I was ecstatic.  I love cheese.

I hated President Reagan with a passion I didn’t know was possible.  However, on his worst early-stage Alzheimer’s-addled day, he was still smarter and more trustworthy than George W.Bush.

Then, I was disappointed.

It was American cheese.  Yikes!  American cheese is the worst kind of cheese in the world.  Eating American cheese is like eating sliced Tupperware®.  But, presuming as always that beggars can’t be choosers (and Salma and I had already spent our cheese allowance that month on beer), we figured, “Why not?”

We were given a plain cardboard oblong box that carried data on its exterior claiming it contained cheese.  Five pounds! It was like Christmas, and once we got home I couldn’t wait to open it up.

But first Salma and I had more screaming, jungle sex, and then we opened the package.

Seraphim on high raised their voices in praise as a soft, unearthly light seeped from the ark of this dairy covenant.  Inside was a glowing golden brick of nutritional goodness that brought a tear to my bloodshot eye as I thought about how much Reaganomics was benefiting both me and our country.  I wiped it away, removed this sacred object from its humble cardboard sheath, stripped it lovingly of its plastic, wax-coated wrapping paper, and gently gnawed off a hunk.

Twas bliss, I tells ya!  In its entire 200-plus year history, the US Government had finally gotten something right. It was delicious, and didn’t taste at all like crappy American cheese.  It was mildly sharp, closer to a decent Colby or a mellowed cheddar.

Salma was similarly blissed.  We learned that Gub’ment Cheese made the best grilled-cheese sammich ever.  Gub’ment Cheese was fancy-shmancy enough to cube up, stake with toothpicks, and set out as hors d’oeuvres.  We entertained lavishly; the Gub’ment Cheese freed up our budget so we could use our money for more beer parties on our yacht.

And then the wondrous cheese was gone.

Households were limited to a certain number of boxes of the magic cheese per month until that community’s supply was exhausted.  In a college town that didn’t take very long.

Salma and I were crushed.  We had a whole new series of recipes we wanted to try (it made great “Mac ’n’ Gub’ment Cheese”, for example, to go with your welfare burger: mayonnaise on white bread).

Dejected, we went home, and tried to ease our disappointment with subdued, melancholic (but still pretty hot) sex.

The Ascent of Gub’ment CheeseAs mysteriously as the cheese had appeared and then disappeared from the landscape I still wanted to know from whence it came.  I found out the cheese was part of a subsidy program for dairy farmers.  This gets a little complicated, so try to keep up.

Government subsidies in their simplest forms are welfare for farmers.  In order not to glut the global and US economy with overstocks of things such as wheat or soybeans, the Government either buys up overproduced goods or pays farmers not to grow stuff.  Too much flow from the United States’ agricultural cornucopia drives the price of said comestibles downward on the open market. That dynamic is part of the old supply-and-demand of economics: too much stuff with too few buyers means low prices.  This means farmers can’t get paid a “decent” (read “higher profit margin”) price for their goods.  This also means you can’t buy a loaf of bread for a dime or a gallon of milk for 50¢.

FDR in 1933, to help stabilize the Depression economy in the US, set up the Commodity Credit Corporation (the CCC).  This agency operated under the aegis of the US Department of Agriculture and originally paid subsidies to farmers on certain goods (such as wheat) so they could survive financially to plant crops the next season.  It wasn’t about profit margins back then; it was about ensuring we had a food supply in the country.

Later, the subsidies became bloated and almost all-inclusive, and by 1948 the CCC was made a permanent part of the Federal bureaucratic landscape (the program originally was meant as a temporary stop-gap to help in the bad Depression times).

So, Uncle Sam was in the permanent farm-subsidy business.

When the Government bought up overproduced goods it had to store them somewhere.  Dry, surplus agricultural products (such as grains) were siloed or stashed in warehouses.  Perishables, such as milk, presented a problem—what to do, what to do?  Uncle Sam decided to get into the cheese-making business, and it was a brilliant solution to the excess dairy production problem.

The Gub’ment Cheese has been with us for a long time, longer than the public knows.  It was used as food supplies in World War II, the military has used it, it has been part of Government subsidized school-lunch programs since the 1960s, and the Gub’ment Cheese was used in almost every Government institution (such as VA hospitals) that served food.  It was also given out to people on welfare starting in the 1960s.

At first blush, the Great Cheese Giveaway of The Eighties may have seemed altruistic.  In 1982, the Temporary Emergency Food Assistance Program of the Food and Nutrition Service was enacted, presumably because the country was starving.  Although the cheese was released to the public under this seemingly generous public-assistance program, the simple truth is a bit more Machiavellian.

The Gub’ment Cheese had been made and used since the 1930s, and it was a cyclical process (aged cheeses consumed as newer ones went into storage).  By the 1980s, though, the storage costs of keeping this now beautifully aged cheese was an escalating expense.

Cowboy Ronnie’s budget solution for the Great Cheese Dilemma was to give it away, en masse, to the public.  This, of course, did two things: 1) it saved the Government a pile of dough; and 2) it made Ronnie look like a benevolent care-giver.  The money was used to buy First Lady Nancy Reagan a new dress and to pay off her outrageous psychic hotline bills.

And that led up to that fateful day when my girlfriend Salma, having heard the Gospel of the Gub’ment Cheese, came and shared the good news with me. [Dubya shoulda given me some cheese.  I would’ve hated him less, though I’ll still always hate him more than Reagan because of Viet-Raq].   After CheeseGovernment Cheese got an unnecessarily bad rep later in pop culture.  The product, because of its generic packaging and less-than-glamorous name, was perceived as inferior.

Because of that perception, the term “Government Cheese” or “Gub’ment Cheese” came into use to speak of a substandard product or as a reference to Government social-services benefits, such as welfare and food stamps (“Yeah, I’ll hafta wait on buyin’ that new hoodie—I don’t get my Gub’ment Cheese till the first of the month.”).

I must unequivocally disabuse anyone of that perception.  It is wrong, and I will go to my grave defending Government Cheese.

It was aged beautifully.  It had a wonderful texture and flavor, with a subtle bouquet.  You could cook with Gub’ment Cheese: it melted into sauces; it softened into a great grilled-cheese s

Credit: Vic Dillingerâ„¢, Â© 2011angwidge.  It was just plain tasty (and for a guy who hates American cheese, that’s saying a lot—the only cheese I hate worse is feta, and that’s because it smells like feet).

When the Gub’ment Cheese was gone I was sad.  So was Salma.

Some communities with access to greater supplies were able to live large on the free cheese for much longer.  It hurt me to know this, and sometimes Salma and I might have a friend who was going out of town that could snake us a block (from St. Louis or somewhere like that).  The supply was not steady, but the jones for the Gub’ment Cheese finally wore off.

The one great thing the Government Cheese did was make me feel better, even for just a few months in the early 1980s, about the country.  Inflation was ridiculous, joblessness was horrific, and there was nothing to celebrate about being broke.  The cheese somehow made it better, not because it was free, but because it was free and good.  It meant our government at some basic level cared about us to give us something of quality.

I have nothing but fond memories.  I wish I had more of the stuff; regardless, I will always be madly in love with Government Cheese. 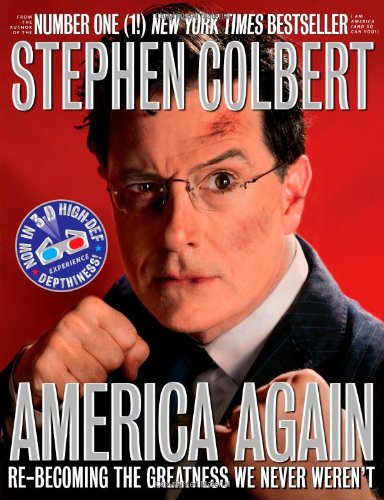