InfoBarrel is a writing platform for non-fiction, reference-based, informative content. Opinions expressed by InfoBarrel writers are their own.
InfoBarrel > Lifestyle > Religion & Spirituality > Judaism

Why I Am Madly In Love With Lilith

And the badder, the better!

Show me a leather chick, too much eye-liner, the wrong color eyeshadow, “Really Red” lipstick, and a bad attitude, and I fall apart (think of a cross between Joan Jett, Deborah Harry, and Christina Applegate).

There’s one vixen hovering supreme over all of these, however.  Because she was the Original Bad Girl, I am madly in love with Lilith.

Credit: John Collier, 1892; public domain
Bible Babes Begin
For even the most casual reader (and the most hardened atheist can read it as literature and still enjoy some of it) The Holy Bible has many interesting stories.
But sometimes there are strange passages and contradictions, things that don’t make sense.
This is somewhat understandable considering the first words of the Bible were written down only after centuries of oral tradition had probably altered and mangled them (think of that kids’ game “Telephone” and you get the point—no message transmitted person-to-person ever survives completely intact).  Other errors crept in over the centuries of translations and reprinting.
But in some cases the contradictions or inconsistencies are intentional.  They are the result of selective editing.  In the book of Genesis, in the creation myth, there are actually two distinct and marginally linked stories of how people came to be on the planet.
The first installment has the Hebrew god, Yahweh (YHWH), creating Adam and his mate at the same time.  This passage implies clearly that Adam and the first woman were created concurrently.
Later, in the same story, Adam is apparently lonely.  Or at least, Yahweh perceives Adam is lonely, so he decides to make a mate for him.  This version has Yahweh putting Adam into a deep sleep, removing one of his ribs, and forming Eve.

This creates a continuity problem in the story.  If Adam was “alone” when Eve was made, what happened to the other woman earlier in the narrative who was created at the same time as he was?  Or, was that first woman mentioned really Eve and these are just two differing versions of Eve’s creation?

Many Biblical scholars and, more particularly, Hebrew scholars may have an answer for this conflict in the narrative, and it’s a doozy: the woman created in the earlier part of the story was not Eve, but was Adam’s first wife, Lilith.

The One That Got Away
Some have argued that Adam and Lilith, based upon wording from older Greek and Aramaic texts, were conjoined upon their creation by Yahweh.  This concept actually fits very neatly into the yin-yang idea of many Eastern cultures, the light and the dark part of the same unit, a very old concept.  Adam and Lilith were then separated into two distinct people: he, a male, and she, female (the concept of “woman”, meaning “of man”, only arises with Eve).
As two people, they were created equally, and this distinction is critical for what is to follow.  They, like conjoined twins, shared everything from “birth”.  Thus, Lilith would have enjoyed an egalitarianism that no woman in history would ever enjoy again.  Not only were she and Adam partners, they were truly peers and equals, having been molded from the same dust.

But, as in all utopian settings, there were troubles afoot.  Lilith’s independence and equality caused problems.  She refused to kowtow to Adam; although many sources gloss over this, there is enough outside textual context to suggest that Lilith’s beef with Adam did not have to do with his lack of sharing in the domestic chores.

Rather, her complaint had to do with her being required to assume an inferior position during coition.  That’s right—Lilith wanted some equal time on top, and she felt demeaned by Adam’s demands for her to always be on the bottom.  From Lilith’s viewpoint she was equal in every way, including that one.

So, in short, she left him.  Where she went specifically isn’t known (more on the lovely Lilith in a moment).

Credit: Vic Dillinger, 2011
Made to Order
Meanwhile, after Lilith left, there’s sad ol’ Adam without a woman.  Then Yahweh did the hypnosis act, and Eve sprang from him (“woman” = “of man”).  This, then, is the subservient helpmate Adam needed.  Eve is the good wife, bears the children, and tends the home fires.  The rest is Biblical history.

Credit: public domain
Or is it?

The Bible carries both creation stories but only mentions Lilith by name one time (in an apocalyptic passage in Isaiah as an image of destruction).

The Jewish people know all about her, though.  And here might be the best theory for why Lilith doesn’t figure as prominently in Judeo-Christian tradition as she should.

In ancient times many societies were matriarchal and matrilineal (property and names passed through the female's line and not the male’s).  A perfect example of this existed in relatively modern times—in most Native American tribes it was the wife or other women who owned property; when a warrior married, he moved in with her family, not the other way around.

In the earliest Hebrew society, however, patriarchy became the norm.  In order to enforce this idea of preordained male supremacy something had to be done with Lilith.  She was equal, remember?  The ancients couldn’t have their women folk looking toward a historic figure as a shining light of equality – Lilith ran away from Adam, for crying out loud!  So, the figure of Lilith was banished from Hebrew teachings and excised from Hebraic religious literature.

Rise of a Demon?Lilith, to make things even worse, was literally turned from the potential mother of humanity into a witch or succubus who sexually assaulted men while they slept and who stole newborns from their beds.  She became a female bogey in Hebrew culture.  Stories were made up, legends, of how bad she was, and her name became synonymous with evil and, oddly, the sexually charged forceful vamp.

Credit: IMDb[It was no accident that the domineering, coldly sensual and logical, obviously equal Mrs. Frasier Crane in the Cheers and Frasier sitcoms was named “Lilith” by the writers.  Lilith Sternin Crane’s behavior is pretty much exactly what you would have gotten from the mythical Lilith.  And I adored Bebe Neuwirth as Lilith Crane, so my weakness for bad girls shows again!]

Christianity largely adopted Jewish traditions and continued female suppression.  A Christian example of similar revision concerns Mary Magdalene.  In order to diminish her contributions to early Christian teachings (she was, after all, only a woman, what could she know?), she was re-imagined as a prostitute, even though there is no Biblical text to support the idea she was any such thing.

Babylonian Babe
Finally, just to clear up one last historic point.  Lilith is not a Hebrew creation: she was adapted from a Mesopotamian harpy who enjoyed her independence and who also stole children.  And the name, Lilith, is Babylonian.  So, don’t blame the Jewish people for creating Lilith, just blame their forebears for taking this endlessly fascinating bad girl out of their traditions.

If I had been Adam (and one more time, take a good, hard look at Lilith!) I’m pretty sure I would’ve let her have her way from time to time.  [Okay, she would’ve gotten her way all the time with me!]

Additional Lilith lore, by the way, basically has her becoming the first Wonder Woman.  She utters Yahweh’s name, acquires the ability to fly, flees over the Red Sea chased by angels [. . . is later in a gunfight at the OK Corral, invented rock ’n’ rock (the Devil’s music!), and is responsible for the evil tragedy of the Police Academy movies.  Seriously, Lilith is fascinating!]

Another tradition holds she cursed Adam, swearing vengeance if he remarried, and some scholars believe she turned herself into a serpent and it was she who tempted the naive Eve in the Garden of Eden.

In sum, we have a runaway bride, a super-woman, a character so rich in color and energy it deserves resurrection if for no other reason than to make a really killer big-budget action/adventure film

Everyone loves a confident woman.  Her obvious hotness, feistiness, and her great sense of self are why I am madly in love with Lilith. 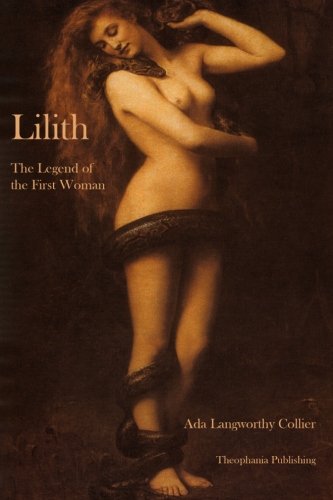 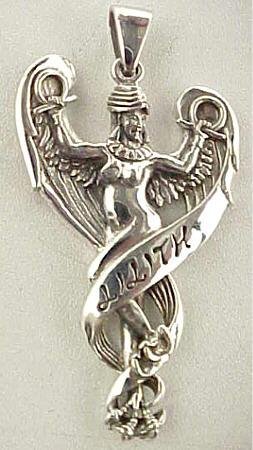 Trucker Man Amazon Price: Buy Now(price as of Mar 8, 2016)
Next >> Judith of Bethulia's Web of Intrigue

What is So Special About the 6th Night of Hanukkah?

Chanukah Menorahs for The Festival of Lights

Hanukkah - Feast of the Dedication