Why I Get Chills When I Hear About Jeffrey Dahmer

Jeffrey Dahmer is one of the most famous serial killers in America. Even though he was murdered in 1991, psychology teachers and students are still reading page after page of the horror this single man caused.

One of the things that makes Dahmer scary, even years after his death, is how he managed to get away so many times, his calm demeanor and his appetite for human flesh. Some say he was a happy kid until the age of 6 after his surgery to have his double hernia removed.

His parents decided to move for a more lucrative business opportunity which made young Jeffrey feel like even more of an outcast. Not to mention the birth of his baby brother. He must have felt out of the loop. Later, to make matters worse, his parents got divorced and by the time he was 14 he started to become sexually aroused by dead people. To be more specific, dead men.

His killing spree lasted for 13 long years and even though he started his life as a normal kid, the factors that are said to have turned him into a heartless serial killer and cannibal seem like something minor compared to what some children go through today.

What Makes Him So Scary Even Now

He was a normal human being when he was born. If what the psychologists say about Jeffrey Dahmer's transformation is true, it means there is very well a possibility that he will not be the last.

Sure, there are plenty of people that have done more heartless things than Dahmer, but usually it's those people that have experienced abuse or have been molested. A minor surgery for a hernia hardly seems like something that would turn a child into a homosexual man that prefers eating people to the finest steak in a meat market.

He Was Actually Attractive... Sometimes

I'm sure you've seen hundreds if not thousands of photos of Dahmer. It's amazing how someone can have so many different looks. He seemed to change his looks according to his mood. Notice the photos of him before he was captured by the police.

I suppose he was just content with what he was doing like how someone simply has a glow about them when they've regained their confidence. This is an eery thought because he seemed to feel so good about doing the things he was imprisoned for.

All he had to do was go into a bar and meat men. The ability to gain people's trust makes him eery because when you think about it, there are probably a lot of people in your life that you trust and I'm sure Dahmer was like that for many people (like his family). They never would have guessed he'd done such things.

He would probably fit right in with our society if he were still alive today and people wouldn't even think twice about how quiet he was, especially not with all the people suffering from depression and bikers dressed in leather and young teens wearing black lipstick and heavy eye makeup with tons of face piercings.

He Showed No Remorse

Some claimed they saw Jeffrey reading The Bible and he was baptised while in prison, but no one ever heard him say he was sorry. Perhaps he was and was silenty enduring the pain of guilt his soul was feeling, or maybe he turned to The Bible as a way to deal with the urges he was having while in prison.

There really is no way to tell. His eyes were piercing and not in a good way. He seemed to have been completely disconnected from himself.

He Is Not Forgotten

They say that guys like Dahmer aren't remembered for the things they do once they're dead. This isn't true in his case. Despite being killed in prison with a broom (ironic, right?) he has become a name well known even in today's youth.

Movies have helped, but there never would have been feature films of this guy if he wasn't such a scary individual.

Jeffrey Dahmer has managed to become known and remain known for the actions he committed during his life as well as after his death. It's scary to think that someone like him has managed to achieve more fame for committing crimes than most "normal" people can ever hope for in their lifetime. 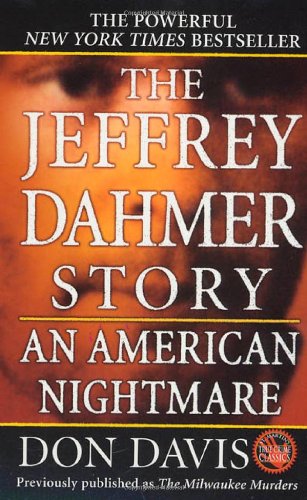