David Andrew Wiebe began building and writing for the web at the tender age of 14. At 17, he started learning the guitar and within a few short years had released an EP with his band and a full-length solo album.  Wiebe leveraged his content producing efforts to become an online marketing and social media strategist. Today he works with companies like TuneCity.com to develop compelling and relevant online content. He also writes on his own blog at DAWCast.com.
InfoBarrel is a writing platform for non-fiction, reference-based, informative content. Opinions expressed by InfoBarrel writers are their own.
InfoBarrel > Technology > Computers & Tablets > Software

I may very well be the last person on the planet to admit to liking Windows 8.1. Until recently, my desktop was still running Windows XP, and my laptop was (and still is) running Windows 7. I avoided Vista like the plague, and I took pride in still being a XP user.

I was even reluctant about Windows 7, but when I found out that it was very similar to XP (only better), I was ready to embrace it. It's hard to believe that it's already been four years since its initial release.

Then along came Windows 8 and I thought Microsoft had jumped the shark for sure. I would never want my operating system to behave like a smartphone interface, or at least so I thought. I was planning on installing 7 on my new computer.

However, as it turns out, I was a little quick to judge. A salesman at a computer store took me on a quick tour of the OS, and he practically sold me on it on the spot (and I should note that rarely am I that agreeable). I must confess, I have really been enjoying my Windows 8.1 experience since installation. Here are my reasons for liking the platform.

This probably sounds like a crazy, irrational reason for liking any OS. Having said that, it's easy to bore of the same old interface, be it XP or 7. Moreover, previous versions of the OS were perhaps a little too visually oriented; Vista in particular. It got in the way of usability.

I knew nothing of flat design until I started doing some research for an article I was writing. For whatever reason, it resonated with me, and I find this new trend inspiring as a content marketer and web designer.

Windows has always had its quirks. I would not say that Windows 8.1 is an exception. However, even with a lot of programs running in the background, I have had very few things crash on me (I think Firefox crashed once since I've started using 8.1).

If you've been using previous versions of Windows and you upgrade to 8, the simplicity can almost be jarring. At times, you may even stop to wonder, "No more steps?" That's how straightforward the workflow has become. Even the installation process made me go "What? That's it?"

Best to my knowledge, Windows 8 is a fairly lightweight platform, even compared to 7. In other words, there's less room for things to go wrong because of the OS (which was a problem with previous versions).

8.1 does not feel clunky or overly involved. It does take a little bit of getting used to, because the names of some menu items have changed, and your personal workflow does have to adapt to the new interface. However, because of how simple the platform is, it doesn't take long to figure out.

Microsoft will be ending support for XP on April 8, 2014[1], so it's good to know that 8 allows you to use compatibility mode for older software.

I'm not sure how well it works in practice, but it's nice to know that Microsoft is making an effort to cater to the demands of the market.

Because I use my desktop computer for the daily operation of my blogs and businesses, I leave it on all the time. When I started using 8.1, I was not aware that the OS automatically puts your computer to sleep after a set amount of time.

When I left my desk and came back to my computer after a couple of hours, I was surprised to find that the fans and the lights in my tower were off. For a moment I had assumed that the computer had overheated, or something had gone terribly wrong (I have new components in my system, after all). Then I came to find out that the computer was just in sleep mode, like on a laptop or an eReader. Cool beans.

Simply hit the Windows key on your keyboard or click on the icon in the bottom left hand corner of the taskbar, and up comes Bing Smart Search. This is what initially repelled me about Windows 8.

However, I have come to appreciate it now. I like the fact that you can pull up the Bing Smart Search at any time on any monitor (I use three displays). You don't have to move your cursor around before you start typing. Searching your entire system and the web has never been simpler or quicker.

Moreover, beneath it all, the good old desktop still exists, and it's basically just a simplified Windows 7 interface.

Credit: Screenshot - David Andrew WiebeThis is a feature I've always appreciated, but it never really worked properly in previous versions of Windows. The reason I use the Input Method Editor is because I am bilingual and I like to communicate with my Japanese friends. Being able to search and write messages in Japanese has become a rather necessary part of my communication.

However, on my last XP machine, the IME feature outright did not work. It worked on my laptop, but it was still a little clunky. I would have to move my cursor over to a form or a text area and re-select the particular typing mode I wanted to use, at least once if not several times before it would actually work. Switching back to English was sometimes equally tedious.

I am glad that they've improved upon this feature. It has never been easier to switch between English and Japanese on the fly. 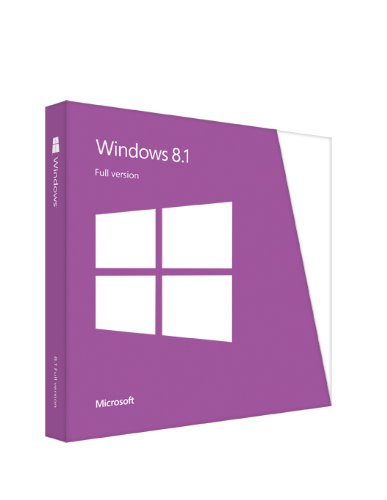