Why The Wire is the Best TV Series of All Time

If you’re at all a fan of television, you’ve probably heard of many great “must watch” shows. The Sopranos, Deadwood, Breaking Bad, Mad Men...the list goes on. You’ve probably noticed, however, that one show among them tends to garner almost fanatical praise. Its fans probably come across as a little too evangelical and obsessed. This show is HBO’s The Wire, and the reception is almost completely justified. The Wire is, in my opinion, not only one of the best television dramas ever produced, it’s one of the most important works of American art ever made.

First aired in 2002, The Wire was conceived by former Baltimore Sun reporter David Simon, with assistance from Ed Burns, a former homicide detective in the city of Baltimore. Simon had already covered similar ground with the NBC series Homicide (based on his book of the same name) and the HBO miniseries The Corner. Coming into conflict with NBC because of the show’s pessimistic tone, when pitching The Wire, Simon decided to take it to HBO because of his positive experiences making The Corner for the cable station.

The Wire contains stories largely influenced by events Simon encountered during his time for the Baltimore Sun. The series at first seems like a simple cops versus drug dealers show, but over time expands to something much more complex, covering different aspects of Baltimore such as the school system and media. The series arch is much too complex to put in a simple summary, but it basically deals with the decay of the American city and the power of institutions over the individual.

While The Wire has many good points, one thing that immediately stands out is its sense of realism. It almost comes across as a fictional documentary at times. That makes it sound incredibly dull, but it isn’t - it’s just that it eschews common television dramatic conventions. Most scenes don’t even feature background music, and there’s almost nothing in the way of typical narrative devices such as flashbacks (with one notable exception in the very first episode).

Because the creators have a lot of first hand experience with the source material, there’s a definite feel of authenticity in The Wire. Everything from street slang to the details of each institution’s bureaucracy seems painstakingly researched.  The realism is also reflected in the story telling style, which is a slow burning and doesn’t wrap things up neatly from episode to episode, or even at the end of each season necessarily.

Each season introduces a new institution in Baltimore - in order, the drug trade, working class stevedores (sea port workers), politics, the school system, and the media. The series doesn’t completely reset each season, but rather builds on itself - each institution and many of the characters are interconnected in some way.

The sheer density of the story often leads first time viewers to really only focus on the sociological commentary of the show. But when you’ve finished it for the first time and look back on some of your favorite scenes, the storytelling and writing itself are also worthy of praise. Not only does The Wire take a close look at issues facing Baltimore, and in turn, most American cities, it’s also contains wonderful characterization and storytelling.

One thing that’s not commented on as much is that, despite the series’ overall pessimistic tone, there is some genuinely positive character growth too. Despite the sheer size of the cast, many characters get more than adequate development and fleshing out.

Without spoiling anything, while many characters in The Wire get the short end of the stick in their lives (to put it mildly), there’s also a lot of real character growth and optimism on the sidelines. You see some corrupt cops become more ethical officers, drug addicts overcoming their addictions, and some at-risk youth get a second shot at life. This is the exception rather than the series’ rule, but having these glimmers of hope on the side gives the series a more complete and well rounded portrait of life of the disadvantaged in Baltimore. In The Wire, institutions may drag people down, but individuals are still capable of great change.

A short article like this isn’t nearly enough to explain just how good The Wire is. It really is one of those things that you need to see to believe. No other TV show attempts the sheer scope, density, and vision as The Wire does. See it through to the end, though, and you’re in for one of the most memorable experiences on television. 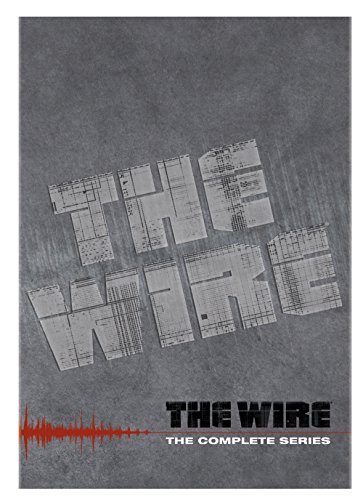