The newly released strategy game Rome II constitutes the eighth full installment in the acclaimed Total War series. It is the sequel to the original Rome: Total War, which was released in 2004. In this long interval, The Creative Assembly has been honing their game development skills in this genre, developing similar games in other time periods, such as Napoleon: Total War and Total War: Shogun 2 (the two most recent).

Whenever a new addition to the franchise arrives, gamers almost immediately ask which time period the next game will be set in. Eschewing gunpowder for the time being, this time around The Creative Assembly decided, amidst speculation of a World War I game, that the Roman time period warrants a sequel. The studio now has the tech, experience and financial means necessary produce a truly stunning Total War: Rome II.

The core of the Total War franchise, a hybrid of real-time battles and a turn-based campaign, returns in Rome II, with some major ameliorations. The Creative Assembly has worked hard to improve the campaign's endgame, provide a more politically interesting system of empire management, and add even more realism and depth to the already amazing real-time battles.

In Rome II, The Creative Assembly made a number of improvements to the campaign. The most significant of these changes is the new army system. Units are now recruited to armies directly in a muster phase during which the army cannot move. After the army is raised a General must be appointed to lead it; armies can no longer exist without a general. There is also a new limit, tied to your faction's "power", that determines the maximum number of armies you can field at any one time. This new system makes battles far more decisive: losing an army means a lot more if you only have a limited number of them. To offset the army limit, armies have a new "forced march" ability which allows them to move around the map much faster, though they cannot attack and will suffer a morale penalty if attacked.

In addition, for the first time armies are customizable beyond unit composition. Players can now change an army's name and its emblem. Over time, armies will also gain "traditions" similar to the general's traits of the past games. However these traditions, unlike the general's traits, remain even if an army is wiped out as long as the replacement army retains the same name and emblem.

The other major change that The Creative Assembly has brought to the field in Rome II is the province system. Regions are now only a settlement and the surrounding land, but provinces now group two to four regions together. When a faction controls an entire province they can pass specialised laws there as well as govern the happiness of the entire area.  One of the settlements in each province is the province capital, from where the player can build new constructions in the surrounding minor settlements as well as in the capital itself. The capital is home to larger variety of buildings while the minor settlements have only core buildings that reflect the region's speciality. Lastly, capitals get a city siege map when assaulted while minor settlements get regular land battles, though both have garrisons that muster when attacked.

Along with these significant alterations also come some lesser but nonetheless notable improvements to factions, diplomacy, and battles. Every faction's gameplay experience has been made more varied so as to reflect the faction's historical specialities. In addition, every faction now has its own unique political system that the player must learn how to manage so as to produce favourable decisions. Diplomacy has been given some much needed complexity. Each faction now consists of multiple tribes or bases of power; a player must choose one and then deal with the bitter rivalries within their faction while also managing his relations with the world's other factions. This creates a diplomatic element to the game more important than ever before.

Finally, battles have also been refined. For the first time, naval and land battles can occur simultaneously on the same map, granting a new depth to strategic warfare. In another first, the player has access to a Tactical View, a comprehensive high-level overview of the battlefield which represents units as coloured markers. When viewed from closer to the ground, these units are more varied both in terms of type, behaviour, and visual styles. Even the individual soldier is more varied, featuring a greater variety of clothing, faces, and for the first time, differences in height. The player's line of sight is restricted to that of his units, greatly magnifying the importance of terrain, scouting, and battlefield awareness. This terrain's geography is now constant throughout a campaign, allowing the player to build up a familiarity with certain key battlefields.

Rome II is a truly amazing game, but it comes with one important drawback: lag. As can be expected from a game with so much detail, playing it demands a lot of graphic memory and therefore requires a relatively powerful computer. Though this problem can be reduced by customising the graphics settings in game, it is one that persists nonetheless. Nevertheless the latest Total War is another Creative Assembly masterpiece which everyone should play, at least for the length of one grand campaign.

After such glowing praise in my article, you may be wondering why the rating above is as low as it is. The answer is because following launch Rome Total War II was plagued with problems, including but not limited to: astoundingly idiotic AI, slow loading times, bizarre glitches, and a capture-the-flag element that ruined the strategy behind the battles. This is inexcusable coming from the trusted The Creative Assembly, and is the reason the rating must be relatively poor. 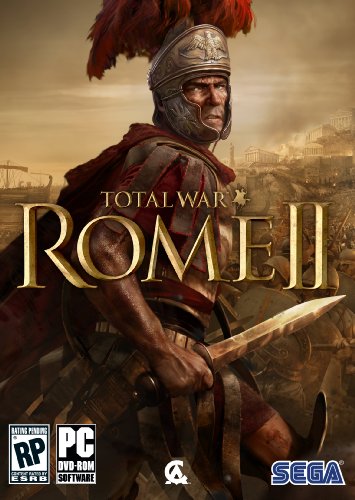