Why We Love Watch Dogs: A Video Game Review

The upcoming open world action-adventure stealth game Watch Dogs, developed by Ubisoft for the PS3, Xbox 360, Wii U, PS4, and Xbox One, centers on the concept of information warfare, a truly fresh notion. Watch Dogs is set in a future Chicago enhanced and transformed by the Central Operating System (CtOS), a supercomputer which links all of the cities's infrastructure, banks, communications, and public security installations to one central hub. The supercomputer also contains information on Chicago's citizens. Though the CtOS has been highly beneficial to these citizens, it also makes the entire city vulnerable to exploitation by skilled computer hackers.

In the game the player takes control of just one such hacker, a former thug named Aiden Pearce, who can stealthily control the CtOS from a smartphone in the palm of his hand, accessing security cameras, stealing personal information, and controlling traffic lights as well as public transportation. In practice this allows Pearce to come out on top by causing distractions, escaping crime scenes, and even using his environment as a weapon. In a given assassination he can discreetly locate his target, trap him in a massive vehicle pileup, and can then evade law enforcement by stopping and boarding a train or by quickly raising a bridge.

Of course an ability to hack the CtOS is not the only tool in Pearce's arsenal. Ubisoft Montreal's parternship with Ubisoft Reflections (the developers behing the award-winning Driver series) has given Watch Dogs a suite of more than 65 sleek and powerful vehicles. Pearce can of course break into cars with the greatest ease, providing the player with a rich variety of driving experiences as they race around in the streets of Chicago, pursuing targets or evading pursuers themselves.

In addition, Pearce is fully capable of bringing the fight to his enemies with an assortment of more than 30 weapons. Shaped by his crime days and desperate to protect his endangered family, already the victims of past violence, Pearce does not always need to rely on stealth to inflict his brand of justice on a corrupt system. Delivering devastating baton blows and engaging in thrillingly immersive shoot outs has never looked better than in Watch Dogs. Combat seemlessly blends stealth, parkour, and the mechanics of a cover-based third-person shooter.

Overall, Watch Dogs features an original storyline concept bundled in some truly amazing graphics. The new Disrupt Engine (Ubisoft's first next-gen engine was built specifically for the game) and Havok physics grant the player a fluid, dynamic world rendered with stunning realism, as well as allowing the same core game experience on each platform. Though these graphs will look particularly good on the next generation of consoles, the game was designed to be played on the PS3 and Xbox 360 with little sacrifice to the playing experience. With the fresh gameplay revealed at E3 2013, we are left to eagerly await Watch Dogs' 19 November 2013 release date (for North America).

for another "We Love" video game review, please see 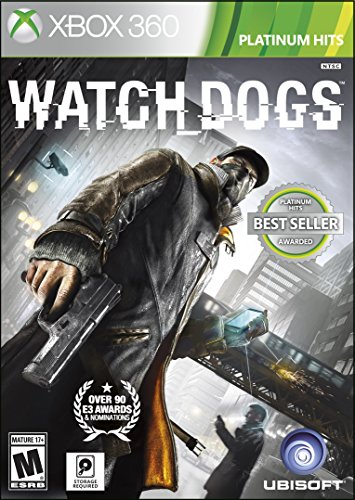