Why Were Black People Called Negroes?

In 1950, if an American described a compatriot with obvious African heritage as a Negro, no listeners would've raised their eyebrows. Nowadays, the preferred epithets are African-American and black. The term Negro is thought at best to be archaic, at worst a serious ethnic slur. For many, it's uncomfortably close to the N-word.

In 2010, US Senate Democratic leader Harry Reid got into hot water when it emerged that two years later, just before Barack Obama was elected the USA's first non-white president, he had said Obama speaking "with no Negro dialect, unless he wanted to have one" was an advantage. Back in 1998, there was controversy when Boston Magazine ran a profile of the country's leading African-American scholar under the headline Henry Louis Gates Jr.: Head Negro In Charge. Even though the content of the article flattered Gates, many thought the title was belittling, as it harked back to a time when many black men labored under the supervision of a fellow black (usually dubbed "the head n**ger in charge") who in turn reported to a white boss.

Credit: Creative CommonsEven in the UK, where race relations aren't as fraught as in the USA, the word is regarded as offensive. In late 2011, Luis Suárez, a Uruguayan soccer star playing for Liverpool, a leading English team, was fined GBP40,000 and banned for eight games after the sport's governing authority found him guilty of racially abusing a Manchester United player during a match. The United player, Patrice Evra (pictured here), was born in Senegal but raised in France; he has played more than 60 times for the French national team. Speaking Spanish, Suárez reportedly called Evra either a Negro or negrite, which means "little Negro," up to five times during a heated exchange.

Suárez, who rose to global infamy during the 2014 World Cup after biting Italian defender Giorgio Chiellini, has never apologized for what he said to Evra. He played down his choice of words, pointing out that his grandfather had some African ancestry, and was nicknamed negrite by his grandmother.

In both Spanish and Portuguese, negro simply means black, as in the color. The Latin root is niger. Throughout South America, the word negro is still very often used to describe black people. In the USA, however, applying the word to a segment of the population fell out of favor quite rapidly between the mid-1960s and the mid-1970s. Leading media outlets like the Associated Press adjusted their style books, replacing Negro with black. Negro History Week, first celebrated in 1926, has been Black History Month since 1976. The word hasn't appeared in US Supreme Court judgments or transcripts, except where older cases or commentaries are being quoted, since 1985; the justice who used it on that occasion was Thurgood Marshall (1908-1993), the first black person appointed to the court. Among respected institutions, the only notable holdout is the United Negro College Fund (UNCF), a scholarship body established in 1944.

However, the Census Bureau only recently dropped Negro as a racial classification. Between 1900 and 2013, the term appeared on all census forms. In recent years, the precise wording has been: "Black, African Am., or Negro" as the category on the form placed under "White," and above "American Indian or Alaska Native."

Surprisingly, widespread use of the word Negro in the USA wasn't an accident, but the result from campaigning by black leaders such as W.E.B. Du Bois and Booker T. Washington. Until the 1920s, black Americans were usually described as colored. When Frederick Douglass (statue pictured here) was writing in the second half of the 19th century, he seldom employed the term Negro. Du Bois thought Negro was preferable to colored, and lobbied the New York Times among others to always capitalize it.

In a February 1961 letter to the US Justice Department, asking the federal government to help his historic and ultimately successful effort to win admission to the University of Mississippi, James Meredith used the word Negro four times. The word black doesn't appear in his letter. Negro was in common use until Stokely Carmichael and others called for "black power" from 1966 onwards. In the 1980s, the term African-American began to enter mainstream language, and has to an extent replaced black. Nonetheless, the word Negro survives in a few situations. We speak of "Negro spirituals" more often than "African-American spirituals," perhaps because that form of music is firmly rooted in the era before World War II. 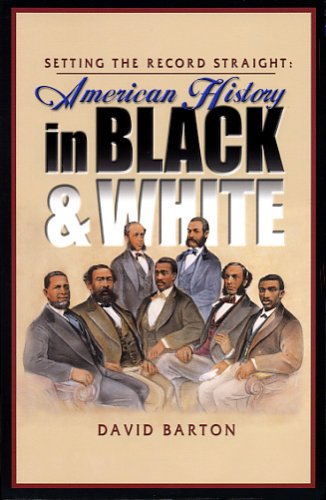