Why Were Nazi Germany's Allies So Abysmal?

When Adolf Hitler came to power in 1933, his icon was Benito Mussolini. Hitler admired him for numerous different reasons. One reason was his ambition to rebuild The Roman Empire. Other reasons included his charisma, anti-Communist ideas, Irredentism, and Italy's potential military capabilities. Ultimately, both leaders fought an ideological war against Communism and used Fascism as a tool to unify them.

Although Hitler did not start a military conflict until 1939, he watched his prospective allies closely in the early 1930's. Hitler viewed Japan's invasion of Manchuria in 1931 and slowly realized that Japan had the ability to become a regional power, especially in Asia.

Hitler was impressed by Mussolini's invasion of Ethiopia in 1935. Hitler was astounded when Mussolini's tactics changed after losing several battles, and turned to the use of poisonous gas against the civilian population. Even though the Italians had difficulty initially in the conflict, Italy was ultimately successful.

The Italian invasion of Ethiopia was one of the most significant events in the build up to World War II. Why you may ask? This was the only time the Italians had successful military campaigns not just in the run up to World War II, but World War II itself. Moreover, Mussolini believed Italy had a rare opportunity to absorb African colonies, especially because they we either non-occupied or partially occupied. Italy later went on to capture Ethiopia, Somaliland and Eritrea. In 1936, this territory officially became Italian East Africa. The British were forced to withdraw from this area as the Italians conquered it. Hitler viewed this event as a turning point for Germany and Italy and believed that his new ally to the south, would be a major asset to Nazi Germany.

At the same time, Japan was making immeasurable gains throughout Asia. Hitler viewed Japan as a future likely ally, due to it's anti-communist ideas, coercive military and gargantuan land grabs, which gave Japan unprecedented naval access. Even though the Japanese were not considered Aryans, many high-tanking Nazis looked up to Japan as it grew more powerful.

Mussolini’s audacious invasion of East Africa seemed to a turning point for Italy. Italians felt proud and eager to rebuild Mussolini's New Roman Empire. In reality, his invasion of Ethiopia cost Italy immensely. Italian soldiers were utterly exhausted, Italy lost monolithic amounts of equipment, and the war was a financial burden on the Italian economy. Even though Mussolini was fully aware of these difficulties, he convinced the Italian people that more wars were necessary to further Italy’s cause. In some of his speeches he even threatened war on Britain and France.

In the late 1930's, Hitler and Mussolini met several times. In one scenario, Italian soldiers were forced to march around huge puddles of rainwater. The reason was because their boots were constructed out of cardboard, unlike the Germans would have boots made out of harder materials like rubber. Mussolini had his tanks and armored vehicles circle monuments telling Hitler that more and more tanks were joining the parade, while they were the same forty tanks that were there from the beginning. For a while, Hitler truly believed that the Italians were a powerful military force but this began to change in 1939.

Italy fared pretty well up until 1939, especially with holding onto Libya, Italian East Africa, and Albania. In 1939, Mussolini had secretly told the Germans that Italy was not ready for a war against Poland. Mussolini believed that it would stretch Italian forces too thin.

After 1940, Italy invaded other countries such as Yugoslavia, Greece and the Soviet Union. All of which were miserable failures. However, Italy did invade southeastern France with success, that was right after the Germans marched through Paris.

On the other side of the world, Japan made a huge error by attacking the U.S. Japan greatly underestimated American air and sea power. Furthermore, Japan believed their military tactics were superior to American weaponry and military strategies.

Hitler did look to the Middle East for some allies. Iraq was one of the nations which Germany attempted to gain as an ally. Haj Amin al-Husseini was seen as a major German ally thorough the war. He attempted to form an alliance between Germany and some Middle Eastern nations, chiefly Iraq and Palestine. In the end, the alliance fell apart mainly because of British intervention.

Although the Axis chiefly consisted of Germany, Italy, and Japan (after signing the Tripartite Pact in 1940) other nations joined the Axis as well. The majority of these nations joined the Axis due to the economic aid offered by Germany, military protection, or territory that Germany would have granted them once it was taken from the Soviet Union. These European nations included Bulgaria, Croatia, Finland, Hungary, Romania, Slovakia and Yugoslavia. In Asia, Japan forced nations to join the Axis by forcing puppet governments into power. These nations consisted of China-Nanjing, Thailand, and Manchukuo.

In addition to the Axis, Germany created the Waffen-SS, a multinational voluntary military force. Most of these soldiers wanted to join the Axis firmly believing that Germany had the upper-hand in the war. During the war, the Waffen-SS grew from an initial three regiments to around thirty-eight divisions towards the end of the war.

So, you must be wondering, with all of these soldiers and countries joining the Axis, how did they lose the war? It is rather complex, and here are the reasons why. First and foremost, Nazi Germany failed to realize by declaring war on Poland, it automatically triggered a war with Britain. The tricky part was that Germany wasn’t just at war with Britain, but the entire British Empire at the time. As the war went on, British support skyrocketed. The exact same situation applied to France as well.

By 1942, Brazil and Mexico decided to enter the war on the side of the Allies. A year later Bolivia, Columbia, and Iran declared war on the Axis. In early 1945 Argentina, Chile, Egypt, Saudi Arabia, Syria, Turkey and Venezuela declared war as well. In addition, some other South American and Middle Eastern nations sided with the Allies also. Many historians believe that the Axis failed miserably diplomatically, to encourage more nations to join their alliance.

Second, the Axis initially chose countries with virtually no resources to join the war. In actuality, these nations were forced to engage in war and conquest in order to obtain natural resources. This was a recipe for disaster, and usually has dire consequences. Japan did this numerous times during the war, just as Italy did. Conversely, the U.S. and Soviet Union did not engage in colossal conquests and did have behemoth natural resources, thus they were the victors.

Third, many historians and military strategists would agree that Italy was more of a liability than an asset to Nazi Germany. Towards the end of the war Hitler was forced to rescue Mussolini, which wasted precious time and resources, especially when Otto Skorzeny could have been used for more important missions. Moreover, Germany was forced to rescue Italian forces in the Balkans and North Africa. If Italian forces would have the ability to occupy these territories single-handed, German forces wouldn't have been forced to move southward. Can you imagine if Rommel could have been used during Operation Barbarossa? You have to remember, Rommel would have had more soldiers, equipment, tanks, and aircraft.

Lastly, Germany would have had to forge more alliances in the Middle East, not just for oil access, but for another invasion route into the Soviet Union. The attempted alliance system with Iraq and Palestine was a good effort on Germany’s part, but was simply not enough. An alliance with Iran or Saudi Arabia would have been more suitable and beneficial.

In conclusion, when one studies the Axis they must remember that Nazi Germany was an immensely powerful nation at the time. There is no doubt they were light-years ahead in military tactics, overall doctrine and weapons technology. However, this does not mean that the Axis came close to winning World War II. Hitler's alliance system clearly helped aid in the demise of Nazi Germany. Fortunately for everyone today, we should all be jovial that Hitler chose such an atrocious alliance system. 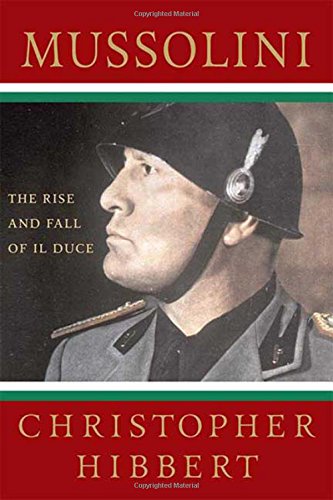