http://www.infobarrel.com/Users/jadedkoala
InfoBarrel is a writing platform for non-fiction, reference-based, informative content. Opinions expressed by InfoBarrel writers are their own.
InfoBarrel > Lifestyle

Why You Don't Want To See The Future

On movies and television shows the directors and producers always make it seem like seeing the future would be an awesome ability to have. Sure, the special effects and awesome casting make it look like something glamorous and fun. Something that people can get used to.

Think about it. Have you ever been doing something and you could have sworn you remembered doing this exact same thing even though you know you've never done what you're doing before today? It probably freaked you out.

Sylvia Brown is one of the most famous psychics. Have you noticed how exhausted she looks? It's probably because the images and messages she's seeing are on autopilot and she can't turn it off. It's not up to her to decide when she wants to stop seeing images or receiving messages from the spirits of the dead or missing.

Perhaps seeing the future isn't something we want. Perhaps it's something best left to be watched on a silver screen.

"What's in store for the future? I wish I could see things before they happened." Even I've caught myself saying this at times when something seems to come at me out of left field, but when I really stop to think about it, it's probably not something I really meant.

What if the future for me was life sitting in a hospital bed unable to feed myself because I got crushed by a city bus? I wouldn't want to see that. Afterall, the future can be changed even after an image has been seen (if you believe in that sort of thing) and the last thing I'd want to do is spend the rest of my life having an acute phobia of city buses.

The same goes for seeing my death. I'm aware that death is something that's natural and it's going to happen to all of us some day. Do we really want to know how we die or what illnesses we're going to get? Sure, there are some diseases that our actions today probably influence, but what about the hereditary illness that so many people get. That's more likely to keep people from living the best life they can because they're too busy obsessing over where they walk, how they're eating and a whole different can of worms just starts to spawn.

Seeing the future can't be controlled when it comes to having psychic abilities, but they're not always images of a pretty field of flowers and big, beautiful butterflies.

Being able to see the future means you're going to have images pop into your mind or "line of sight" that you don't understand. You'll spend most of your day trying to figure out what it could me and whether it has anything to do with you or someone else. It could be someone you know or a complete stranger.

If it is a complete stranger, how are you going to be able to find them? Does the image mean they're in danger or is it simply a message from a deceased loved one? It's going to take some major brain power on your part and it's going to be hard trying to focus on your day to day activities like work when you're too busy trying to figure out if the images you just saw are a matter of life or death.

Since this isn't something that most psychics can just turn on and off like a light switch, it's probably a lot better that very few people have this "gift". Besides, can you imagine the issues it would cause if someone could see ahead during a presidential election? It would be easy to spread the word and cause a riot or convince people to change their votes in favor of a certain candidate. That's hardly fair at all.

Think Before You Seek

You'd be walking on egg shells. The community would either call you a freak or a "weirdo" or they'd never stop visiting you in order to seek answers to their questions and problems. You'd be the celebrity except you'd have no doubt that people would be using you. Consider yourself a part of a one person circus.

So, the next time you think it'd be cool to see the future after leaving a cool movie that makes it look easy and glamorous, think about all the stress it would cause you and the images you'd never be able to get out of your head. 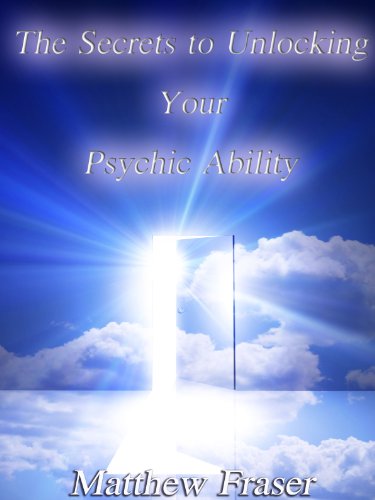 The Secrets to Unlocking Your Psychic AbilityAmazon Price: Buy Now(price as of Sep 12, 2013)
Next >> Home Coffee Roaster - Fresh Roast SR500 - Awesome Gift for the Coffee Lover