InfoBarrel is a writing platform for non-fiction, reference-based, informative content. Opinions expressed by InfoBarrel writers are their own.
InfoBarrel > On InfoBarrel > Motivational

During my studies at the university, I came across Ernest Hemingway only once: the bachelor class about analyzing literature featured his short story “A Clean Well-Lighted Place.” I immediately fell in love with Hemingway's way of writing fiction, especially those features that became known as the “Iceberg-theory” (theory of omission). Being used to TV series and action movies in my childhood, I never paid much attention to classical literature before I commenced my studies.

While I liked to read a book every now and then, mostly Stephen King and the like, I did not understand what this magical power which is often attributed to written stories consists of. The magic of imagination I understood from King's writing, I was the guy, who actually looked under his bed before going to sleep. Yes, that is after my teenage years – Stephen King is a monster, in the best sense of the word, and still underestimated by the adepts of high literature. But for most of the others I could say that whatever literature does, the TV does better. I am aware that it is a sacrilege to write this, especially for an M.A. of literature, but please swallow your indignation for a moment and hang on, there is a point I want to make here and it is definitely not to watch more TV. But the reality is that many writers, even the most popular, tend to indulge in describing the setting, something that can be done better with a movie camera, describing the character, which will never equal a close up shot of, let's say, Clint Eastwood's face, or trying to capture every detail of their story world, which is not particularly interesting for the reader, unless you overdo it and make it a feature in itself, like for example Bret Easton Ellis did.

People tend to scold young adults for not reading anymore and slavishly following every new season of their favorite TV series instead. The argument here is that the moving picture destroys the imagination of people, as if someone should be forced to consume the kind of entertainment that is good for him or her. Luckily, forcing young people to do something only works so far and in a society that is increasingly focused on visual perception and a constantly accelerated processing of incoming information, the odds are against a sweeping return to literature as main source of narrative entertainment. Still, some people like to read a book every now and then. But what is a good book? It is the one that really sparks your imagination and doing so means applying exactly the technique mentioned in the beginning.

The author himself once said about it:

“I've seen the marlin mate and know about that, So I leave that out. I've seen a school (or pod) of more than fifty sperm whales in that same stretch of water and once harpooned one nearly sixty feet in length and lost him. So I left that out. All the stories I know from the fishing village I leave out. But the knowledge is what makes the underwater part of the iceberg.” (from George Plimpton, “An Interview with Ernest Hemingway” The Paris Review 18, Spring 1958.)

A book becomes interesting especially in the moments in which the completion of the story is left to the recipient, something rarely done in cinema, because of all the possibilities it has. The urge to tell every feature in every detail has destroyed many of the stories I read and the reluctance to go through endless pages of descriptions has nothing to do with a laziness on the side of the reader. Remember, consuming a story should not be an endurance contest. This is why Hemingway became most dear to me and his short stories were more or less my constant companions throughout my studies. His mastery in omitting everything that does not have a direct impact on the narration is unmatched and, instead of missing something, the reader is always left with a feeling that a surplus of meaning is hidden between the lines, something that can only be found through contemplation. How else would a book about an old man gone fishing, the work consisting of less than a hundred pages, ever have won the noble prize? How else would we have discussed a whole session in class about “A Clean Well-Lighted Place” which is not much longer than three pages? The point I want to make here is that literature is indeed an indispensable part of our culture, but sure enough not because it is a classical medium that existed for 500 years. It remains important because of writers like Hemingway who new enough to not have to tell, not even to show, everything they knew.

Aside from having the authority to teach younger writers something about good literature, Hemingway never even tried to mystify the writing process, like so many others do. The writer as medium with access to some heavenly sphere of high art is mostly a fabrication of the romanticist era, but there are modern authors, especially those who are not yet successful, who seem to define themselves rather through an air of superiority than through delivering good work. In books like “A Moveable Feast,” Hemingway made clear that being an author means first and foremost doing hard work every day, no matter how desolate the personal situation is or whether someone is in the mood for writing or not. Moreover, he grants insights into the life and work of other famous authors, as for example Gertrude Stein and F. Scott Fitzgerald. In this sense, his fiction as well as the autobiographical elements in his books should be read by every aspiring young authors who might be lead astray by the success of popular protagonists of the writing scene, like J.K. Rowling or E.L. James. It might be possible to become a best-selling author overnight, although this is something I still have some doubts about, but to become a good author, one should know what to leave out, on the narrative level as well as in real life. For both, Ernest Hemingway is still the single best source of information I know. 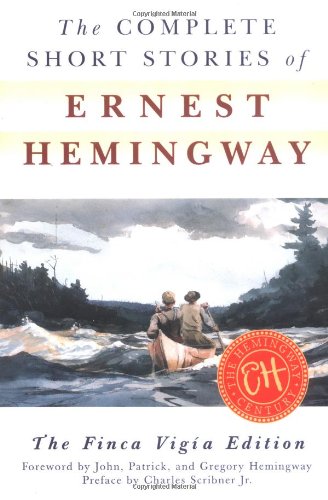 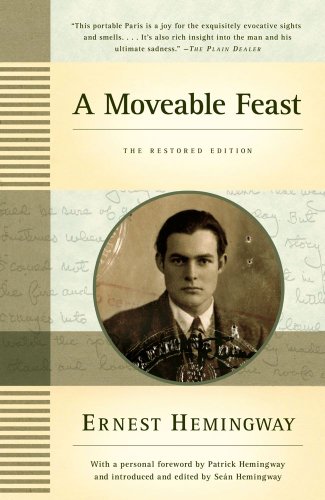