Wild Animals of the World - The Black-and-White Ruffed Lemur

Perth Zoo in Western Australia has had another windfall with the birth of a pair of black and white ruffed lemurs. These were born in December and are the latest addition to the zoo's world-renowned primate enclosure. Perth Zoo has just welcomed a baby Rothschild giraffe, the eighth to be born at the zoo. In addition, a baby white-cheeked gibbon has been successfully reared to the point where it has now rejoined its family. All these animals are on the endangered list.

It is the second pair of lemur twins for the year. Both sets have been born to Anniki. The species is all but extinct in its native Madagascar. Its best chance of survival now relies on conservation and breeding programs in zoos and wildlife parks.

The lemur is named after ghosts or spirits (lemurs) of Roman mythology. This is because of their ghostly vocalistions, reflective eyes and the nocturnal habits of some species. They are endemic to Madagascar and are thought to have floated there on rafts of vegetation. The climate on the island is extremely seasonal and lemurs have a degree of adaptation that rivals that of all other primates. There are nearly 100 species and there is still controversy over the correct taxonomic classification.

The main dangers facing the lemur in its native region are dwindling habitat, hunting (for food) and capture for the black market pet trade. They can live to 25 years and the new babies are in excellent health and look set for a long and hopefully productive life.

RangeThe black-and-white ruffed lemur and the red ruffed lemur are both endemic to eastern Madagascar. The former has a larger range but a much smaller, more diverse population. It is the more endangered of the two species.

HabitatRuffed lemurs are found in the seasonal humid rainforests on the eastern side of the island. They are arboreal, spending most of their time in the high canopy. They inhabit both primary and secondary forests. 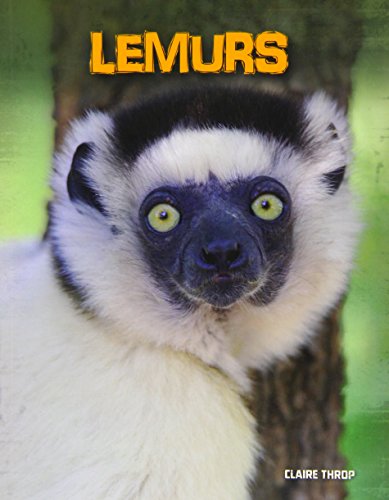 Lemurs (Living in the Wild: Primates) Amazon Price: $9.95 $4.73 Buy Now(price as of Dec 18, 2016)
Learn about the classification, habitats, adaptations and behaviour of these creatures, the threats they face, and what the future holds for them.

ThreatsIn the wild, the black and white lemur is at risk from the goshawk and the mongoose. Habitat loss through agriculture, mining and logging is of great concern. Hunting is also a problem as its large size makes it a relatively easy target.

ConservationLemurs play an important role in the ecology of Madagascar. They feed on seasonal fruits then move on, depositing undigested seeds in their faeces. In this way they disperse new plants which replenish the natural vegetation. Over 80% of the original habitats have been lost to logging and agriculture and the dispersal of seeds and revegetation with native plants is of immense importance.

All ruffed lemurs are listed as 'critically endangered' on the International Union for Conservation of Nature. 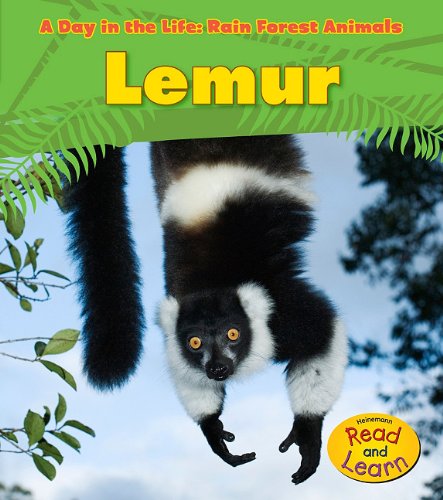 Lemur (A Day in the Life: Rain Forest Animals) Amazon Price: $6.79 $3.17 Buy Now(price as of Dec 18, 2016)
Gain a better understanding of these primates by following their activities through a typical day.
Next >> Zika: The Warnings About Wolbachia and Culex Our Health Authorities are Ignoring