Wild Animals of the World - The White-Cheeked Gibbon

Soon Some Wildlife Species Will Only Exist Because Of Captive Breeding Programs.

Perth Zoo in Western Australia has been party to a number of breeding programs of rare and endangered animals. One of their resident Rothchild giraffes, Mischa, (the one caught planting a 'kiss' on the head of her last baby) has just given birth (16 January 2012) to her seventh baby.

Another important recent birth was that of an endangered white-cheeked gibbon late in 2011. The little fellow named Nakai has now been handed back to his mother after keepers were forced to hand-rear Nakai after he was rejected by his mother at birth. The tiny 60 gram baby is a vital link in the survival of the species which is now believed almost extinct in China and only slightly less so in Vietnam and Laos. Habitat destruction, poaching and the illegal pet trade has decimated the white-cheeked gibbon. Perth Zoo is part of an Australasian breeding program and has two breeding pairs.

Nakai has had months of round the clock bottle feeds following his earlier rejection. At night he has had a teddy to cling to. His reunion with his mother and family was a great success with the whole family 'calling' to the newcomer. His mother was quick to claim him, and his six-year-old sister is helping with his upbringing. Nakai is the 8th of his species to be born at the zoo.

The taxonomic name of the white-cheeked gibbon is Nomascus leucogenys. Gibbons are known as 'lesser apes' because of their small size in comparison with the 'great apes'.

Range and HabitatIts natural habitat is the subtropical and tropical rainforests of Southern China, Laos and Vietnam. This species lives at altitudes between 300 and 600 metres. In north-eastern Vietnam and northern Laos, the climate is subtropical with an average temperature of 23.6 degrees Centigrade and average rainfall of 1364 and 1894 mm annually. The rainy season extends from May to October and the dry from November to April. Winters are short and frost-free. Dry westerly winds are common through the hot summers.

DescriptionGibbons range between 46 and 64 cm in height and 6 to 10 kg in weight. The females are at the heavier end of the range.

This species is sexually dichromatic. Males have coarse black fur, white cheeks and a pronounced black crest on the head. The females are a golden or reddish-buff colour. The face is black and they lack a crest but the fur on top of the head is dark brown or black. They do not have the white cheek fur but do have a halo of light fur around the face. The babies have creamy-coloured fur which turns black over the first two years. Once they reach sexual maturity, females change to the golden colour.

BehaviourThey have a very loud call, sometimes called the 'morning chorus'. This calling promotes bonding between the group and marks territories. They rarely come to the ground and little is known about their habits.

LocomotionThey are fast, efficient travellers. Their main form of locomotion is called brachiation and entails swinging hand over hand through the trees. The fingers on the long arms act like hooks as they swing from branch to branch with great ease, moving quickly through the forest canopy. They can easily clear up to three metres with each swing. They have an unusually erect posture. When walking through the branches on their hindlegs, they hold their arms above their heads to help them balance.

For all their grace and skill, it is not unusual to find healed bones in the corpses of wild gibbons. In the wild, the average life span is 28 years.

NutritionWhite-cheeked gibbons are omnivores. They search for fruit in the forest canopy but also eat leaves, flowers and insects. When fruit is plentiful, they do not travel much but as the fruit becomes less easy to source, they increase their intake of leaves and begin to travel further afield.

ReproductionThe gestation period of the white-cheeked gibbon is from 200 to 212 days and one young is born at a time. 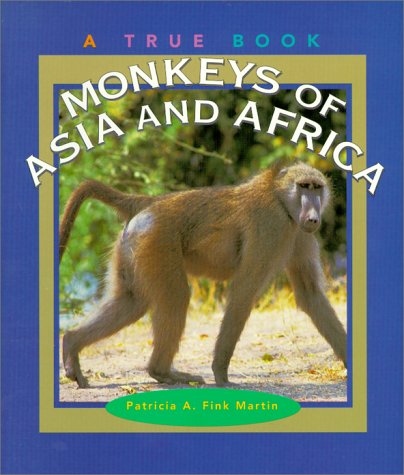 Monkeys of Asia and Africa (True Books: Animals) Amazon Price: $119.84 Buy Now(price as of Sep 1, 2016)
This is ideal for curious and interested elementary school children.

ThreatsGibbons are not at risk from any of the felid predators as they move and sleep high in the forest canopy. Raptors are a potential risk. However, gabitat loss and hunting for the illegal pet trade has driven these lovely creatures to the edge of extinction. They are regarded as 'critically endangered'.

ConservationLong-term study of the white-cheeked gibbon is almost impossible because of the difficult terrain of their habitat, their arboreal lifestyle and their timidity of humans. There is no reliable estimates of range or population size.

It is estimated that the southern Yunnan province in China supports about 100 animals. There is no reliable figures on numbers to be found in Vietnam and the population in Laos is believed to be the largest although because of the high fragmentation of the habitat, intense hunting pressure and small size of the range, numbers are still likely to be very low.

The best chance for the continued survival of the white-cheeked gibbon probably lies in captive breeding programs such as that in place at Perth Zoo.