During the 1820s, the number of bushrangers roaming around New South Wales, was so great that the government passed an act called the Bushranger Act, which gave police and soldiers almost unlimited powers to capture, search and ultimately hang, those convicted of 'bushranging' crimes. Economically, times were tough and this combined with the use of  harsh punishment methods, was  probably responsible for the outpouring of public sympathy and the rise of the mythical, romantic, bushranger folk-hero. Some bushrangers, were violent, nasty and dangerous however and others were from marginalised  groups, or were political rebels. Here are just a few:

John Caesar, was Australia's first bushranger. He was a convict from the First Fleet and a huge, dark, giant of a man of west Indian descent, who had initially fled to England, to avoid becoming a plantation slave . He was then transported from England, for stealing 240 shillings and sent to New South Wales for 7 years. In 1789, he escaped into the bush with a musket and began stealing food. A year later he was speared by Aboriginals and he moved back closer to the settlement. He was then captured and  sent to the infamous, Norfolk Island and fathered a daughter there with Ann Power. Not long after leaving Norfolk Island for Port Jackson, he ran off into the bush again. Governor Hunter, put a price on his head of five gallons of rum, which would go to the man who captured him. A settler named John Wimbow shot him dead near liberty Plains (Strathfield).

Also known as, The Wild Colonial Boy, after the famous folk ballad written about him, Jack Donahoe (1806-30), was born in Dublin and transported to New South Wales in 1823 for the 'intent to commit a felony'. Donahoe was a 'flaxen' haired, 'blue' eyed, Irish rebel who is admired for his defiance and bravery. On arrival in New South Wales, he had been assigned to a chain gang, but absconded with two other  Irish men and began robbing bullock-drays on the Windsor Road. The three men were caught and twice sentenced to death. The two other men hung, but Donahoe managed to escape  and got together a gang and went on a crime spree, bailing up travelers on roads from Bathurst to Yass. Donahoe, became famous for constantly eluding the police and for brazenly riding into Sydney Town to have a ginger beer. He was caught however, when one of his gang turned informer. Donahoe, was gunned down at Bringelly, near Campbelltown, as he urged the police on using 'insulting and indecent epithets'.

(Sir) Thomas Mitchell drew a post-mortem drawing of Donahoe' head and shoulders, which is now in the Mitchell Library. Also within weeks of his death a tradesman began making clay pipes which resembled Donahoe's head, complete with bullet hole.

Matthew Brady, (1799-1826) was transported on the Juliana for the crime of  stealing a basket and some butter, bacon, sugar and rice. He was sent to van Diemen's land (Tasmania) and became a constant absconder. As punishment, he received around  350 lashes in four years. He was then sentenced to Macquarie Harbour, but escaped with 13 other desperate convicts, in a whale boat in 1824. For two years, the gang roamed the bush, aided by settlers, who were former convicts. A Reward was offered by Governor Arthur, to anyone who could deliver Brady to the law. Brady responded with a cheeky note fastened to the door of an Inn:

"It has caused Matthew Brady much concern that such a person known as Sir George Arthur is at large. Twenty Gallons of Rum will be given to any persons that will deliver this person to me."

The reward for Brady was raised to 300 guineas and Brady was captured.

Brady was known as the "Gentleman Bushranger", as he only used violence in self-defence and never harmed a women. His cell in Hobart, as he waited to stand trail was filled with flowers and cakes sent by female sympathisers and  the crowd that watched him hang on May 26, cried and cheered him on. A lookout is named after him, in Tasmania, called Brady's lookout, with views over the Tamar River

Fred Ward, who is known as 'Captain Thunderbolt', was born in Windsor, in New South Wales, in 1836 and was the son of a convict. He was working as a drover and horse-breaker when sentenced to Cockatoo Island for horse stealing. He was then, conditionally released from the island and was working as a horse-breaker in Mudgee, but then returned to Cockatoo Island for various offences. Ward, escaped from the island and went to live with his half Aboriginal wife and their children on the Culgoa River near Bourke. He then, adopted the name 'Captain Thunderbolt' and began an almost 7 year crime spree. During this time, Ward was shot in the knee during a gunfight, when spotted by troopers (this helped the identification of his body later). Another time a constable held a pistol to his head and said 'you are my prisoner'. Thunderbolt laughed and galloped off into the bush. He met his end however in Uralla, New South Wales during a gunfight with a trooper. 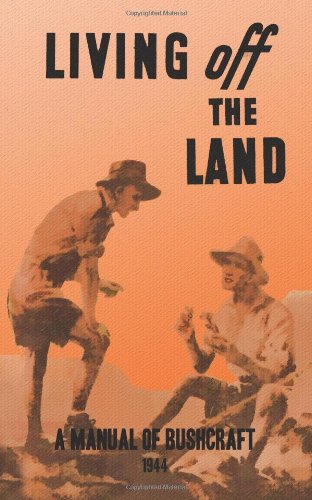