The artist, poet and philosopher, William Blake, died on 12th August 1827. Despite coming from a poor background and having little more than a basic education, Blake's poetry and art form a legacy that still inspires us almost 200 years after his death.

In his early childhood Blake claimed to have visionary powers, and aged just nine years told his parents of a vision in which he had seen “a tree filled with angels”.

The powerful influence of his “visions”, which continued throughout his life, are clearly evident in his art.

Apprenticed at the age of 14 to James Basire, Blake become highly skilled as an engraver.

In Blake's day, engraving was how popular oil paintings were reproduced for an ever-growing and knowledgeable audience. Works by the great masters could be printed over and over again with very few discrepancies between each copy.

For William Blake engraving became an art form in its own right, and in 1773, the second year of his apprenticeship, he created Joseph of Arimathaea among the Rocks of Albion (shown above).

As a mature artist, Blake would often refer to himself as a poet, visionary and medieval 'craftsman'. Some of his close friends simply thought of his as a harmless idiot, but many others thought he was quite insane. Why was this, I wonder? Perhaps it was because dismissed the portrait and history painters favoured by the Royal Academy of Art. He dismissed the ideas of artists such as Sir Joshua Reynolds because Reynolds represented the materialistic ideology of the era, something Blake hated through and through. Instead he turned to artists such as Buonarroti Michelangelo (1475-1564) for inspiration.

How Should We Place Blake's Work?

It's very difficult to associate William Blake's work with any one artistic school, and he would certainly have rejected any attempts to do so. But, if we must link him to a school, then perhaps the Romantics is the best place to put him.

It's very difficult to associate William Blake's work with any one artistic school, and he would certainly have rejected any attempts to do so. But, if we must link him to a school, then perhaps the Romantics is the best place to put him. The Romantics, an artistic movement that grew in strength in the 18th century, and reached its zenith in the 19th century, stressed mankind's relationship to Nature. Wild and powerful, Nature is no longer tamed by man. In the works of the Romantics, Nature could overwhelm mankind both metaphorically and physically.

A Technical Genius With Limited Means

Blake had fairly limited equipment, but still showed surprising technological ingenuity. His equipment consisted of a basic wooden rolling-press. A framework held two hardwood rollers and a heavy flat bed, known as a “plank”, ran between the rollers. Despite this he produced some outstanding engravings, many of which survive today. 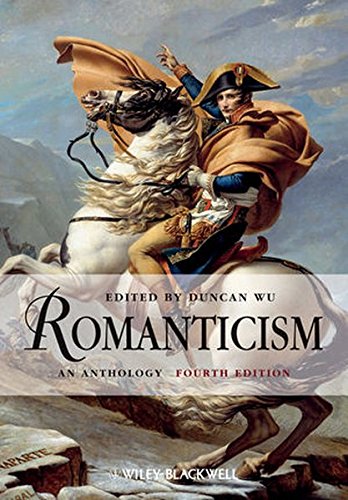 Blake's poetry played a major role in his life and work. He made his living by illustrating his poems, and those of others, with etchings.

In a mythology of his own, Blake renamed God Urizen. Urizen wreaks havoc on humanity through Jesus, who Blake called Orc. The frontispiece to Blake's poem Europe: A Prophecy bears Blake's image of Urizen in the work often called The Ancient of Days.  The work reminds us of Michelangelo's depiction of the Lord in The Creation of Adam.

Ironically, despite the quality of Blake's work, he was not well-known during his lifetime.

His latter years were spent in poverty, and it was probably due to the patronage of a small group of friends and supporters, who regarded him as a sort of 'guru', that he did not starve. It was only after his death in 1827, that his poetry and art became well-known, and more than 250 years later he still continues to inspire poets and artists.

If you're interested in this artist and would like to know more about him then the following Infobarrel articles may be of interest: 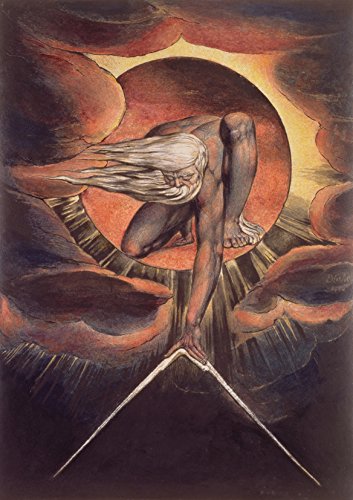