William Wells Brown distinguished himself as the first African American novelist in U.S. history. As a prolific writer, playwright, and historian, he pioneered several literary styles such as travel writing, fiction, and drama. A passionate abolitionist, he was instrumental in helping to reform the institution of slavery in America. Having been born into involuntary servitude in the Southern United States and as someone who escaped this brutality 20 years later, gave him the impetus and insight to liberate others from bondage in like manner. As a freedom fighter, he attended several anti-slavery meetings, sat on several committees, and hosted fellow abolitionists in his home, providing shelter and the opportunity to lecture there. Frederick Douglass and Charles Lenox Remond were among his contemporaries. The expansion of his work in advocating for the end of harsh living and working conditions for African Americans, his ability to become a sophisticated lecturer, and his reputation within the anti-slavery movement allowed him to reach wider audiences within the U.S., Europe, and other parts of the world.

Using the word precarious to describe the life of an enslaved African, particularly in this country, is an understatement. This is the insecure life William found himself desperately entangled in at the time of his birth on a plantation in Lexington, Kentucky on November 6, 1814. We learn of his beginnings through his successful and well-written autobiography, “Narrative of William W. Brown, a Fugitive Slave, Written By Himself”. In it, he describes his mother, Elizabeth, as having a mixed race heritage. Her father was believed to be Daniel Boone who had a liason with her mother, an African woman. His European father, George W. Higgins, was the brother of his owner.William’s childhood was deluged by uncertainty. The situation was not helped by his very light complexion, which often served as a catalyst for good and evil during his life. Upon William’s birth, his father asked his brother not to sell the child. But he was sold many times throughout his formative years until he escaped from this deranged form of servitude years later. When he was chosen, at aged 9, by his owner’s wife to leave the confines of the harsh fields to look after her young son in the “big house”, his complexion served him well. Several years later as he was walking through the house, a visitor mistook him for his owner’s son and William was punished cruelly for the visitor’s unwitting mistake. 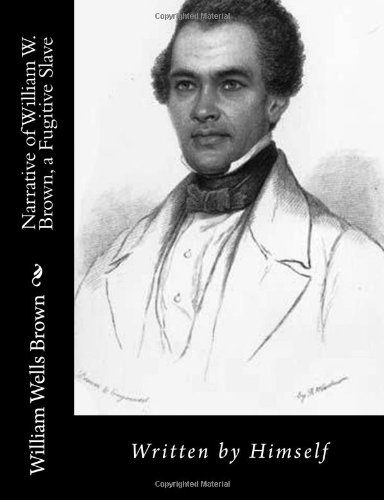 Not having the freedom to live life in a manner in which one see’s fit, makes a brutalized servant long that much more for it. William often dreamed of rescue from slavery only to awaken and find himself still in it’s confines. Planning and plotting how to escape was at the forefront of his mind every waking moment. After being sold again to a steam ship captain, the opportunity arose where he could finally secure his freedom. He simply left the steamer and headed north, traveling by night and laying low during the day. Because of his fugitive status, he wouldn’t dare reach out to anyone for help. His only sustenance was what he could find in corn fields and obtaining stashes of turnips found in underground shelters. His only shelter was heavily wooded areas that protected him from the wintry elements.  Upon reaching Cincinnati, Ohio and after many days of exposure to snow and chill, frozen and frostbitten, he reached out to Wells Brown, a Quaker who passed by his hiding place. For two weeks, this kind man took in the beleaguered ex-slave, fed and clothed him, and provided shoes and a little money for his journey. This is also where he adopted Wells Brown’s name as his own and became William Wells Brown from that point on. He went further north to Cleveland where he was employed on the steamship “North America”. By his own account, he helped 60 people escape to Canada in one year through his employ on the ship.One escapee stood out in particular. He was lodged in the home of a well known abolitionist in Cleveland for several days. The home was heavily guarded by his master’s officers, while the master himself went into the city to keep watch for any sign of his slave attempting to enter the “North America”. The fugitive in question was young, valuable, and very dark skinned. His friends, not knowing how to help him safely leave the home, consulted William Wells Brown for advice. He devised the ingenious plan of securing white paint and painting the man with it, dressing him in women’s clothing, and placing a heavy veil about his face. Under this guise, a gentleman was able to escort “the lady” safely onboard the ship and to a cabin where the ex-slave discarded his disguise, dressed in his former clothing, and made safe passage to Canada.

Career As An Abolitionist

William Wells Brown continued his employment on the “North America”, sailing on Lake Erie during warmer months and living in Buffalo, New York during the winter months. It was at this time William Wells Brown was asked by officers of the ship to take a position with the Western New York Anti-Slavery Society as a lecturer and advocate for enslaved African Americans. The appointment was not an easy one to fill at times, as mobs of hooligans often frequented his gatherings. But his characteristic wit and resolve saw him through the worst of it.One instance happened in Aurora, New York where some opponents gathered to heckle and play mean-spirited practical jokes on him, after learning of the meeting through advertisements. During his lecture he was pelted with eggs and had to stop speaking at one point. After composing himself, he was able to reason with some of them and gained their sympathy. This is when he was warned by one of the sympathisers of the jokester’s plan to shower him with flour as he walked through the exit, using the trigger phrase, “Let it slide!”. As the jokesters walked through the exit door to carry out their plan, William Wells Brown disguised his voice and said, “Let it slide!” His opponents found themselves covered in flour. In the midst of the confusion, he was able to escape without anymore harm.As his reputation and oratory skills increased, he was invited by British abolitionists to lecture there. He was also elected to the Peace Congress in Paris where he found international acclaim. He lectured in many prominent towns in England, Paris, Dublin, Scotland, Wales, and various parts of the United Kingdom. During this time he wrote and published three books: His aforementioned autobiography published in Boston (1847) and London(1849) and “Three Years In Europe: Or Places I Have Seen and People I Have Met” (1852).

He remained overseas from 1849-1854. One of the main reasons for remaining in Europe for so long is the passing of the 1850 Fugitive Slave Act. It placed African Americans, many of whom lived in non-slaveholding states, in danger of being returned back to the plantation especially if they couldn't prove otherwise. But once his freedom was generously “purchased” by his British friends with the proper documentation secured, he was allowed to go back to the states. Anxious to continue his cause, he returned to the lecture circuit and traveled extensively throughout the U.S. 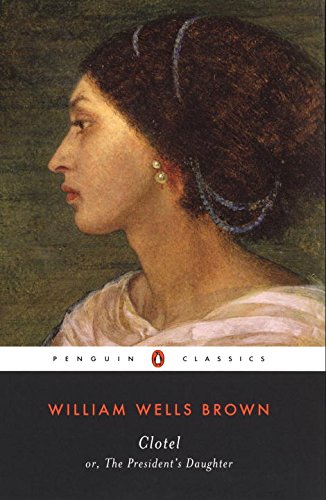 Clotel or the President's Daughter

This controversial book is the first novel published by an African American and it distinguished William Wells Brown as a literary genius. In it, he describes the lives of mixed race people who experienced the “degradation and immoral condition of the relation of master and slave in the USA”, and it vividly described slavery’s "destructive effects upon African American families". The story of three women, Currer and her daughters, Althesa and Clotel who were portrayed as having been sired by Thomas Jefferson in the book, are the central characters.The novel is a semi-fictional telling of the unconfirmed rumors of Thomas Jefferson’s sexual relationship with his slave, Sally Hemings, who bore him several children. She was also believed to be the half-sister of his wife, Martha. Jefferson denied fathering Ms. Hemings children and the rumor went unsubstantiated until 1998. DNA tests, taken from one of his male descendants, confirmed the rumors and laid them to rest once and for all. A full review of Clotel is out of the scope of this article, but a few discrepancies about this so-called controversy should be cleared up.

There was much debate surrounding the novel at the time because Thomas Jefferson:1. Helped craft the Declaration of Independence and held the highest office in the land while owning other human beings (he wasn’t alone; 12 U.S. Presidents owned slaves, 8 while in office)2. Fathered several children by Ms. Hemings possibly before, during, and after his political career3. Freed all of his children by her, while the rest of her clan continued to languish in slavery and was sold to others after his death, their fate unknown4. Was a disgrace because of his prominence as a high-ranking political operative while, at the same time, engaged in an illicit affair with his so-called property, and5. Was a pedophile plain and simple. Sally Hemings was a 14 year old girl when he initially committed his shameless acts against her.As one of the "Founding Fathers" and subsequent President's of the United States, Thomas Jefferson led this country with dishonor, with a lack of distinction, and with a lack of moral character. His deplorable denial of the irresponsible indiscretions committed against Ms. Hemings is a huge blemish to his  integrity and to his trustworthiness. This person should not be looked upon with admiration or esteem because he left a legacy that is forever tarnished. What's equally deplorable and disgusting is the fact that it took more than 200 years for EuroAmerican scholars to acknowledge his indiscretions as more than gossip or innuendo.

William Wells Brown is considered one of the most productive writers of the 19th Century. After penning the novel Clotel, he went on to author several works of fiction and nonfiction before, during, and after the U.S. Civil War. Some of his works include:

Toward the end of his life Brown’s interests were highly diverse. He participated in and lectured on the prohibition of alcoholic beverages, he studied homeopathy, and opened a medical practice in Boston.

Although his formative years were filled with misery and hard toil, he was able to obtain his freedom and craft a life of notoriety, renown, and success. He's also a hero for helping to free many people who found themselves unwillingly chained and bound to a lifetime of  servitude. William Wells Brown departed from this life on his birthday, November 6, 1884, at the age of 70.