I love writing for InfoBarrel and write on a variety of topics. You can see my recent articles here.Â http://www.infobarrel.com/Users/andrewagreen If you would like to make extra money writing sign up for InfoBarrel hereÂ  Â
InfoBarrel is a writing platform for non-fiction, reference-based, informative content. Opinions expressed by InfoBarrel writers are their own.
InfoBarrel > Travel & Places > Places > United Kingdom 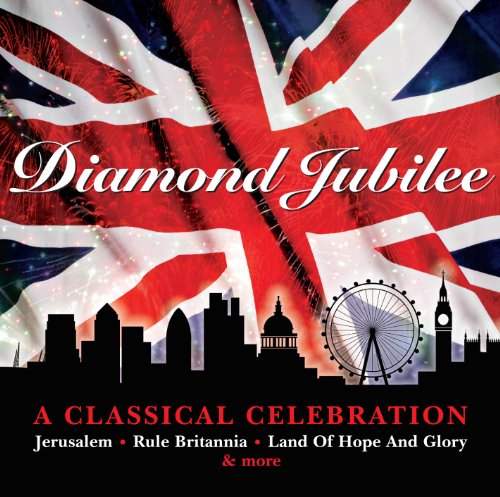 2,500 soldiers, sailors, airmen and marines from the Royal Navy, the Army and the Royal Air Force marched down Windsor's Long Walk into the Castle and down through Diamond Jubilee tribute to Queen Elizbeth. The Jubilee parade and muster featuring  the armed  forces took place on Saturday May 19th and saw servicemen from the three armed forces parading through the castle and town before mustering in the castle grounds  in front of an invited audience of 3000 guests including armed forces personnel, their families and veterans.The spectacular and colourful event  drew a huge crowd of around 20,000 people on to the streets of Windsor.

The troops assembled in Windsor Great Park and marched to the castle along the Long Walk starting just after 10.30. They marched down the Long Walk into Windsor Castle re-emerging at the top of Castle Hill around 11am. They then paraded down Castle Hill, Thames Street and Datchet Road to re-enter the Castle at Town Gate. The parade was just over half a mile long and lasted for fifteen minutes. The Queen and Prince Phillip, Queen Elizabeth in a vibrant turquoise outfit, left the castle for the parade ground to join the trops and were applauded by the excited crowds lining the streets of Windsor.

The event concluded with a fly past of current and historic aircraft from each of the three services. More than 80 historic and modern aircraft took part. Crowds who had stayed on the Long Walk watching the events at the parade ground unwind on big screens were treated to the sight of a World War II Hurricane and Spitfires and the famous Red Arrows. To the crowds delight the planes flew in formations depicting '60' and EIIR. The Red Arrows jet stream concluded the display leaving a trail of red, white and blue above Windsor Castle.

There were big screens on the Long Walk between the Park Street and Brook Street entrances. Visitors on the  Long Walk saw start of the parade could then watch the entire event on the big screens.  Those who stayed had a perfect view of the fly past. Spectators who lined the streets saw the march past and were delighted to get a glimpse of the Queen and Prince Phillip.

Addressing the Queen Chief of the Defence staff General Sir David Richards said: "Your commitment to our nation is an example to us all. For six decades your devotion to duty, sense of honour and pride in our country have set the standards to which your armed forces constantly aspire."

Responding to the General's adress the Queen gave a brief speech in which she said: "It is a tradition of very long standing that members of our Royal Family are intimitely associated with the armed forces and have been proud to serve in all three services."

The custom of the armed forces paying tribute to the monarch during a jubilee year has become an established tradition but it is an event that, by its very nature, does not take place very often.  Similar celebrations were held to mark the Diamond Jubilee of Queen Victoria, the Silver Jubilee of King George V and Queen Elizabeth's Silver and Golden Jubilees.

It was the first time all three services have visited the Queen for an event dedicated to her. The Diamond Jubilee parade and muster were broadcast live from Windsor by the BBC.