Ken Muise is an active-duty service member currently serving in Honolulu, Hawaii.  He is accompanied by his family and is close to retirement.   Visit him at his personal blog, ContentKen where he talks about content creation and making money by writing online.
InfoBarrel is a writing platform for non-fiction, reference-based, informative content. Opinions expressed by InfoBarrel writers are their own.
InfoBarrel > Entertainment > Games > Computer Games

Chris Robinson, an art director for WoW, says that the content being released through WoD will be a "spiritual update" of old content. The first thing that he'd be quick to point you out is the refined graphical models of the characters and environments.NPC characters, and user controlled characters of course, will have more skin tone variations, more customization options which include wrinkles, scars, earrings, moles and so on as well as hairstyles. There will be added character models as well which include Trolls, Night Elves, and even Undead characters. The goal of this expansion isn't just to bring the graphical models to more readily match comparable video games because there is much added in terms of content, as well.

One of the most relied upon game mechanics in online RPGs, and World of Warcraft especially, is the dungeon questing and raiding mechanic. This is one of the most utilized portions of the game and as such there has been a commitment, through WoD, to refine them and make them feel fresh and new while giving exactly what players are used to. Included in the Draenor expansion will be six new dungeons as well as the returning of the Blackrock Spire. Warcraft officials have stated that they are better preparing the dungeon questing aspect to help players with the raiding portion of the game. They will be adding max level regular dungeons to help pull users between quest gear and the gear they will find in Heroic dungeons. The raiding aspect has been refined in order to incorporate a better social environment. No longer will raiders have to choose between a 10 man Normal group or a 25 man Heroic group because now there are just two options, along with a sliding scale of players: Heroic and Normal. The raiding player can pick the group they want to play with and then the raid will scale itself down to the number of players present.

Draenor will also bring with it new PvP content. There is a new zone, located in the northeast coast of the Tanaan Jungle, that will be available without any district limitations. Players who enter this zone will be tasked with objectives based on the battle that is going on around them. There is no cap on players allowed in this new PvP zone, which opens up room for some very exciting battle capabilities. With this PvP addition there will also be edits done to the Battleground charts. Players will now be able to track objectives completed and prizes may be rewarded from winning in the Battlegrounds: PvP set items, random bind on equip items and consumables.

The Draenor expansion follows a story that consists of a conglomerate of orc clans, the Iron Horde, that trample over Draenor with their eyes set on conquering Azeroth. As a warrior in this world it is your job to team up with the various legends and heroes that are there and to stop these orcs before they can destroy the rest of the world. Due to the difficulty that will be expected in this expansion, players are allowed to automatically upgrade a character to level 90 in order to use abilities at Draenors entrance. Along with this auto upgrade, a 100 level cap has been instituted. The 100 level cap will give much room for questing.

One of the primary functions in this new expansion is the ability for players to create Garrisons. Players use these Garrisons as players to build up allied forces. The Draenor expansion takes on a bit of an RTS vibe as players will fill up their Garrisons with customizable structures that include stables, armories, and farms. From here NPCs are recruited and deployed to do missions.

For those of you who really got into the Tillers reputation and dailies, then this Garrison feature is going to be like the Farm on steroids. Hiring and nurturing your own NPCs to accomplish profession tasks and quests, as well as having your very own defenses and inns should be great.  I’m suspecting you’ll also have a “bank” type feature at garrisons allowing you to hold misc equipment and gold instead of having to create bank toons.

Get the ULTIMATE WoW Package in Preparation for WoD! 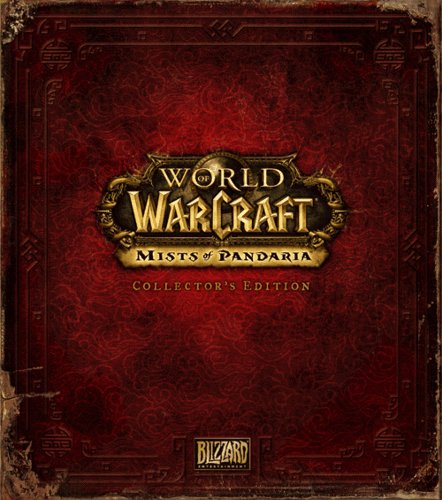 Final Analysis: We'll Have to Wait and See

The Draenor expansion is entering a closed beta testing session soon with a release geared sometime in 2014. For those that were left feeling sour by World of Warcraft: Mists of Pandaria Collector's Edition

, for whatever reason, Draenor might offer just the potion to cure you of your distaste.

Of course, if you’ve been playing WoW since its inception in 2004 (and even before that with Beta) then you might continue to gripe about how far away the franchise gets away from the original content.  WoD is an effort by Blizzard to steer the content back towards the history and lore.

If you’re one of those that complain about how much harder the game was to level and achieve “back in the day” then you might want to get over it and either accept it or decide to stop playing.  Blizzard is going to giving away free 90 level characters with the option of “pushing” one character to 90 with the intent of allowing new players immediate access to the basic new content.  It’s about money, after all, and brining old players back without having to level a character the whole way is major buying motivation.