One piece of trivia I heard at a party recently, and which almost made me choke on my drink, was that in the Yukon they serve a drink containing a dead man's toe. According to the person who shared this juicy tidbit of information this is not an artificial digit but an actual bona fide toe from a real human being. To support his claim, this joker showed me a news report about it on his smart phone, and we all know that if it's on the internet it has to be true, right?

I was extremely skeptical about the story, but when my drinking buddies challenged me to use the idea in an article I got to thinking about other strange alcoholic concoctions.

On our first trip to Mexico I wandered into a liquor store with my favorite travel companion and was horrified to see bottles of clear, golden alcohol with drowned worms lying in the bottom. My FTC was much more fascinated than horrified. In fact, he was so fascinated that he bought a souvenir bottle for our basement bar.

It sat on the bar shelf as an interesting conversation piece until the following New Year's Eve. Everyone had drunk way too much and all the bottles were empty except for, you guessed it, the pickled worm-in-a-bottle behind the bar. As a macho dare, one of the guys opened the bottle and started passing it around.  As the level of liquid in the bottle got lower and lower, the guys began taking smaller and smaller sips, trying to avoid the inevitable, until the drunkest caballero of all tipped his head back and swallowed the remains of the bottle, worm and all to a loud female chorus of "eeww, gross."

The liquor was mezcal1 and the creature in the bottle was a maguey worm, actually a type of caterpillar which often infests the agave plant used to produce mezcal. Manufacturers began putting worms in bottles as a marketing gimmick some time in the 1950s. These bottles were an instant hit with tourists, who snapped them up to display in their home bars. This was a doubly smart move on the part of the manufacturers because it gave them a way to sell their worst mezcal, stuff which tasted so bad that nobody actually wanted to drink it anyway.

Since maguey worms were first bottled with mezcal, several rumors have been circulated. For instance, the caterpillars are said to have aphrodisiac qualities, and even to be hallucinogenic. I suspect the liquor producers might have done this as a way of increasing interest in their product because these critters are actually fairly benign and are, in fact, edible.2  They were a traditional native food before the Spanish conquest and are still regarded as a delicacy in some parts of Mexico.

But some liquor contains much worse things than edible caterpillars.

In traditional Chinese medicine snake venom is believed to be a powerful cure-all.  In some Asian countries it is possible to buy liquor that contains not only the snake's venom but also, for good measure, the snake that produced it. To make snake wine4 live snakes are imprisoned in bottles along with various herbs such as ginseng, and then drowned in rice wine or grain alcohol. It is hardly surprising that this treatment makes the snakes angry enough to squirt venom into the liquor.

Apparently, though, it is perfectly safe to drink because the ethanol in the liquor reacts with the venom and renders it harmless5.

Another popular creature in Chinese medicine is the lizard gecko Linnaeus7. While it is possible to buy powdered gecko in Chinese pharmacies, live animals are believed to have more qi, or vital energy. The best recommended way to capture potent essence of lizard is to bottle two or more live lizards in alcohol which is at least 75 proof.

The energy from the gecko is believed to convert the alcohol into a powerful restorative which can protect from infection, heal the lungs and kidneys, and even help men satisfy their partners.

There seems to be no end to the type of animals that purveyors of Asian medicine are willing to drown in booze. I found a Thai website8 selling whisky containing snakes, giant centipedes, sea horses, toads, spiders and even scorpions.

But the saddest thing I discovered was baby mouse wine. The procedure to capture the animal's qi is basically the same as for snake and lizard wine, using four to five mice per liter of alcohol. The only recommended fail safe way to obtain the qi, however, is to use live baby mice younger than three days old whose eyes are not yet open

Apparently it is not advisable to mix lizard and mouse liquor or you could die. This could be the result of an overdose of qi, but in my humble opinion it would more likely be the result of really bad karma created by the torture and murder of innocent lizards and baby mice. 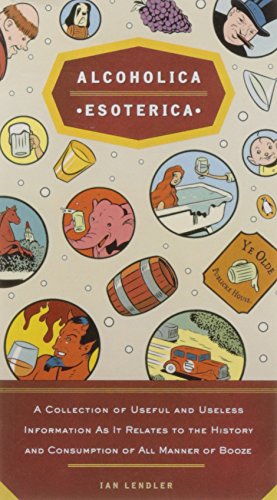 Alcoholica Esoterica: A Collection of Useful and Useless Information As It Relates to the History andC onsumption of All Manner of Booze Amazon Price: $15.00 $1.99 Buy Now(price as of Feb 25, 2017)

In the days before air travel, embalming or refrigeration, if someone died on an ocean voyage they would generally have been buried at sea. However, if the deceased was an important personage their body might be taken home for a public funeral.

The body would be preserved on the long sea voyage home by placing it in a barrel of alcohol9.  In 1895, when Prince Henry of Battenberg died in West Africa, his body was placed in a temporary coffin filled with rum. In 1805, prior to the preservation of Prince Henry, British Admiral Horatio Nelson was preserved in a keg of brandy after he was killed in the Battle of Trafalgar.10

The casking of Admiral Nelson became legend. As the story spread, the original brandy was changed to the British sailor's favorite beverage, rum.  Although the barrel was still full when it was unloaded in England, the rumor arose that the barrel was almost empty because the sailors, not wanting to lose out on their daily rum ration, had been siphoning it out of the barrel with a straw.

According to the myth busting website Snopes, the rumored fate of Admiral Nelson's rum bath gave rise to a myriad of similar legends involving large containers of various types of alcohol and dead people or animals10. It was also the origin of the naval term "tapping the Admiral" which refers to filching rum without permission9.

Of course, the story about Nelson and the rum could not possibly be true because people, even alcoholic British seamen, would never actually drink alcohol that had been used to preserve a human body.

Well, apparently they would if it is just a small part of a human body, like a toe.

Which brings us back to the tale which gave birth to this article. The story I heard was that in Dawson City, a historic mining town in the Yukon, the Downtown Hotel serves glasses of whisky containing preserved human toes. The proof I saw was an article in Canada's National Post newspaper which reported that in 2013 an unknown American paid a $500 fine to the hotel after swallowing a human toe served in a traditional "sourtoe cocktail"11.

Apparently, the cannibalistic stranger owed the fine because he was only supposed to touch the toe with his lips, not swallow the whole darned thing. The purpose of the fine was to stop toes disappearing because over the years a reported 8 - 15 toes, depending on which webpage you read, have been either stolen or swallowed.

All the toes were donated willingly after becoming separated from their owners as a result of accidents or amputations, and were then preserved in salt.

The National Post reported that because of the recent incident the fine was increased to $2500 and the hotel was on the lookout for a new toe.

Even though I had read the article with my own eyes, I was still dubious, so I  carried out my own internet search and found more information on the Dawson City tourist website12. Here I read that this has been a tradition in Dawson City which stretches back into the mists of time: way back to 1973 to be precise. 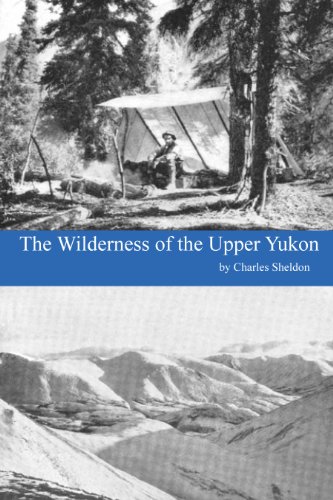 The Wilderness of the Upper Yukon Amazon Price: Buy Now(price as of Feb 25, 2017)

The original toe belonged to a prohibition era rum-runner named Louie. He was forced to amputate it when he got frostbite during an illegal liquor run between Alaska and the Yukon. He pickled his toe in rum and left it in his cabin, where it was later discovered and used as the founding digit of the Dawson City Sourtoe Cocktail Club.

To become a member of the club, you need to agree to one simple rule:

But your lips have gotta touch the toe.

After completing the challenge you receive a certificate to commemorate your achievement, and you join an estimated 100,000 other members of the Sourtoe Cocktail Club.

So you can now tell your friends all about this (if they care to know), and assure them that you read it on the internet so it has to be true.

But we still have one loose end to tie up. Who was the mysterious American who swallowed the Downtown Hotel's last remaining toe? Shortly after the incident, the British tabloid The Daily Mail revealed that he was Joshua Clark, a Hurricane Katrina survivor who used his experiences during the New Orleans disaster to write Heart Like Water: Surviving Katrina and Life in its Disaster Zone13. 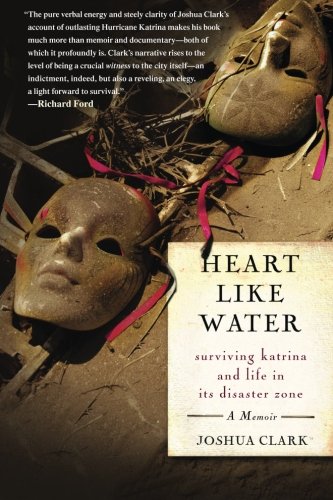 Which leaves me wondering. Was this a shameless, maguey worm type promotion to draw attention to Mr. Clark's book? Or will his toe swallowing feat be used in a future exposé of hair raising real-life adventures in the far north? We can only surmise.