Many of us dream of the day when we can make a lucrative living from our writing, but we know it takes hardwork and self-discipline. We need to make our writing a habit by establishing a routine that works best for us. Many famous writers discovered what works best for them, and we must discover the same for us.

Listed below are habits of some of the most famous writers in our recent history. Hopefully, you might pick up an idea or two for yourself. I've recently adopted the idea of standing up while writing. I have found it to be more energizing, and gives me additional stamina while writing. As a side note, many of them drank excessively. I'm not suggesting you do the same.

"I write one page of masterpiece to ninety-one pages of shit. I try to put the shit in the wastebasket." An insert from a letter to F. Scott Fitzgerald.

We'll begin with my favorite writer, Papa, or Hem, as his friends referred to him as. Hemingway preferred to stand while writing. He originally stood due to a WWI injury to his leg, but found it reduced fatigue, and allowed for increased productivity. Other notable figures in history also stood while working, Thomas Jefferson and Winston Churchill.

Hemingway enjoyed partying. He drank until late at night, but was always up before 7:00 the following morning to resume his writing. He began each session, reading from the beginning of his book, making corrections until he reached the point of where he left off the previous day. When it got to be too much to read, he would read the previous two or three chapters before writing something new.

He always stopped writing when he knew what he would write next. This allowed him to pick up without having to wonder what should happen next in his story. Often times, he'd stop in the middle of a paragraph.

When he wanted a break from the typewriter, Hemingway used a pencil. Like many writiers, a good supply of pencils were always around. On the average, Hemingway threw away ninety out of ninety-one pages. He was a perfectionist when it came to his craft, and believed each sentence must be "true," or a masterpeice.

"Failure is the condiment that gives success its flavor."

Credit: ARNOLD NEWMAN/GETTY IMAGESThis famed author required three habits to maintain his creativity: being in a horizontal position; a cigarette; and something to sip. Truman Capote admitted that he couldn't think unless he was lying down. Whether on a sofa or in bed, Capote could be found writing his first and second draft with a pencil, correcting as he went along. Capote began his day writing, smoking, and sipping coffee. As the day wore on, he'd replace the coffee with mint tea, then graduate to sherry and martinis, all the while puffing a cigarette.

"Fiction is the truth inside the lie."

One of the most prolific writers of our time, King writes at east ten pages every day, holidays are no exceptions.

"Writers and travelers are mesmerized alike by knowing their destinations."

Pulitzer Prize winning author of, The Optimist's Daughter, and the first living author to have her works published by, The Library of America, used to like pins. She pasted each paper together making long strips then pinned them on the wall. When her walls were covered, she'd resort to using the bed and tables. By the time she was finished, she was able to view her entire story as a whole, which made it more helpful and realistic.

"A writer should have the precision of a poet, and the imagination of a scientist."

Credit: www.allposters.co.ukWell known for his racy novel, Lolita, Vladimir Nabokov wrote an exhaustive amount of fiction and nonfiction novels, plays, poetry, and short stories. He preferred writing on Bristol 3 x 5 lined cards and pencils capped with erasers. He maintained his cards in a card filing box, clipped together. He wrote as time allowed, with no fixed schedule. He also stood up and wrote at times.

A notable and celebrated essayist and fiction writer, Flannery O'Connor suffered from lupus. She only had enough energy to write about two "uninterrupted" hours each day. To fully minimize distractions, she faced the back of a dresser when writing. So much for a lovely view for inspiration.

"Mistakes are the portals of discovery."

Suffering from glaucoma, Joyce wrote in a white suit to better reflect the light onto his paper. He made amendments to his work using red, blue and green crayons. James Joyce was not concerned with writing fast. Often a full day of writing consisted of seven words.

"A writer has to be driven crazy to help him see. A writer needs his poisons."

Roth works standing up, and paces while thinking. He claims to pace an average of a half mile per written page. He doesn't believe in mixing work with personal life, so maintains a writing studio away from home, where he writes from a lectern.

"If you are a writer you locate yourself behind a wall of silence, and no matter what you are doing, driving a car or walking or doing housework, you can still be writing, because you have that space."

A creative writing professor, Joyce Carol Oates wrote in the mornings, forty-five minutes, before class. On other days, she often wrote from 10:00 in the morning to 3:00 a.m. Wasting time is not in her nature, and cannot understand why many deliberately do it. Writing is her solace for loneliness, and when she's not writing, she reads usually in the evenings. When asked if she liked to read on the beach, she answers, "I'd rather take poison, I'd rather chew ground glass."

Faulkner believed that most things writers write, are only loved only by the writer. The above famous quote has withstood the test of time, and has become a mantra for all writers of all forms. Faulkner used heavy words that often times required the reader to have a dictionary nearby. In general, he believed people should be challenged and be the best at what they do. Reading was a huge part of his writing. He believed writers should read everything they can, good or terrible. It's important to see how the competition writes. William Faulkner was also a heavy drinker. 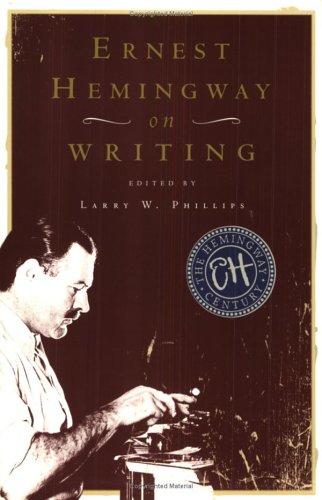 Ernest Hemingway on WritingAmazon Price: $15.00 $4.73 Buy Now(price as of Oct 2, 2013)
Specific advice and habits all writers should have to become a great writer. 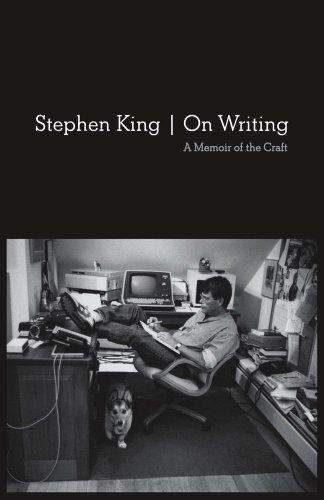 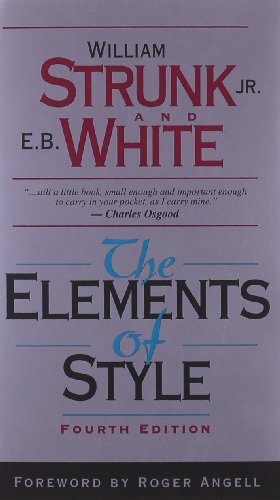 The Elements of Style (4th Edition)Amazon Price: $15.95 $6.15 Buy Now(price as of Oct 2, 2013)
A great writer's guide for writers of any level. A MUST HAVE book. Easy to read, a lifetime to master.
Next >> A Dark and Controversial Crime Fighter