True to its predecessor, XCOM: Enemy Unknown, when it comes to research and unlock opportunities in XCOM 2, you are spoiled for choice initially. With a number of research paths to choose from leading into the game's very first mission, there are a number of powerful paths available to you soon after starting the game. Deciding on which research to choose will ultimately determine what facilities, weapons, and equipment your soldiers have access to, which in turn will dictate your overall mission play style. This leads to some difficult decisions, but none more so than which will make you the best alien-slaughtering liberator of humanity the fastest.

The following guide provides advice on early research choices within the first three tiers of the XCOM 2 research tree. While some choices will add direct benefits to your chosen play style immediately, others are simply mandatory for unlocking aforementioned benefits.

Who doesn't feel safer with three inches of plated armor on their chest and a big gun in hand when a Muton comes knocking? However, by choosing to upgrade weapons and armor first is a strategy that can be expensive in the short term, but a powerful long-term move.

The choices for the Upgraded Weapons and Armor Path are as follows:

Initially, this path forces you to ignore individual soldier training and the creation of items in order to outfit your crew with the best weapons and armor. By prioritizing Modular Weapons, you can modify your weapons with weapon parts found in the field and soon move on to the powerful Magnetic Weapons. This puts damage over protection, however. While Hybrid Materials unlocks the Nanofiber Vests, expect to lose a few soldier s until you can weave in Predator Armor or E.X.O. Suits into the mix. However, the soldiers that don't die horribly will tear things up with their ridiculous weaponry.

Finally, by researching the Advanced Warfare Center, it gives you access to the Proving Grounds. This will give you options for even more powerful weapons and armor that are salvaged from aliens and autopsies.

Fans of the original XCOM know how amazingly useful the Psionics class was once unlocked. However, unlike taking a good deal of time in the first game, in XCOM 2, you can rush your way through to research tree to get your Psionic Operatives on the field very early in the game.

The Psionic Operative path is as follows:

Once the Psionic Operative is unlocked via the research in Psionics, you will have access to XCOM 2's fifth class. The research need not go any further than that, but by researching Mindshiled (unlocked after the Sectoid Autopsy), you can protect your soldiers against the Psionic attacks of aliens. By tossing in the Advanced Psi Amp research, you increase the attack strength of your Psionic Operatives, so be sure to pick it up at some point if you are intent on using this class to its fullest.

For those that don't need the Psionic Operative right away or have a gnawing need to have the biggest toys, the Solider Enhancement Path is one of the most useful routes for the short-term providing a decent start to upgrading weapons and soldiers for later in the game. However, while it creates a well-rounded army, the time and resource cost of this path is pretty lofty, leaving little room for anything else.

The Enhanced Soldier research path is as follows:

With Modular Weapons, you will almost immediately begin to upgrade your gear with weapon parts found in the field while Hybrid Materials unlocks the Nanofiber Vest providing a decent boost to defense until you reach Plated Armor. The Advanced Warfare Center will allow for the quicker recovery of wounded soldiers, essential for those early missions when you have limited soldier choices and also unlocks building options like the Guerrilla Training School and Proving Grounds. The Guerilla Training School gives you access to powerful squad-wide benefits while the Proving Ground acts similar to the Foundry from the first game, giving you access to weapon, armor, and soldier enhancements from alien autopsies. 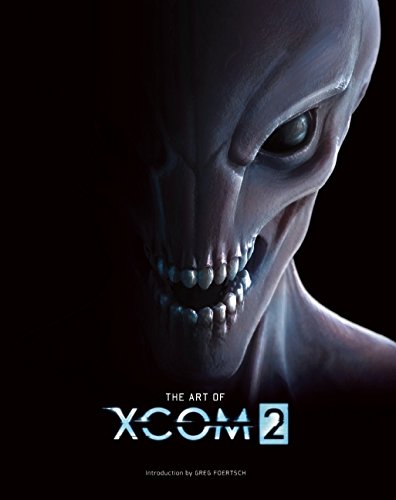 The Art of XCOM 2 Amazon Price: $39.99 $22.58 Buy Now(price as of Feb 5, 2016)
XCOM and it's sequel are easily the most beautiful tactical games to date, but nothing makes that more apparent than its beautiful, yet gritty artwork.
Next >> XCOM 2 - Tips for Effectively Building Your Avenger Base