"How can I become better at chess?" This is the eternal question that almost every one playing chess is asking himself at one point. At the beginning, it is easy. Play a couple of games and the rules start getting clear. Play even more games and you start discovering some patterns.

But what then? What when playing more games does not help anymore? What to do when you are stuck at one point and do not manage to improve anymore?

Improving your chess skills takes time. Chess is a fascinating game but also a complex one. Two similar positions may require two different approaches. In a given situation, you may need to go against the normal principles, ...

Also, don't underestimate your opponent just because you have studied chess and feel you should have become better than him. First, you need time to really assimilate what you are learning at chess. Then, your opponent may have studied too. And finally, you may simply be unlucky that a brillant sacrifice you have seen is not working because of something "stupid" at the end of it.

Blitz games (online, against friends or against the PC) are fun and help developping your tactical skills. You will especially become good at setting up traps and avoiding the ones of your opponents.

They can also help checking your opening preparation. If you lose all your games with a given opening, then, it may be time to take a better look at it or to change to another one.

But playing blitz games does not help you improve your strategical understanding of the game. What to do in a quiet position? Where to put your pieces? How to take the most of the imbalances in a given position?

In Blitz, you will NOT have the time for such considerations (at least, not deeply), and you will therefore not get any better on this level. I have recommended 3 chess books here that can help with this particular issue.

You don't need to analyse every single game you play. If you try to do so, you may end up getting bored of it and not analyze anything at all.

But try to analyze some of them, both the ones you won and the ones you lost. Why the ones you won? Because you may have made a mistake that your opponent did not see. Or maybe you won with a sacrifice which was not correct. Having a look at your won games can also teach you a lot.

Why the lost ones? Because you have probably made some mistakes. Even if it was a stupid one, could it be that you made it because you were under pressure already? How did your opponent manage to seize the initiative? Again, you can learn many things there.

To take the most of it, you should try to play long games or at most rapid games so that you can remember what was going through your mind when you were playing them. Also, try to play against opponents that are a bit better than you and against several opponents (so that you can experience different play styles). 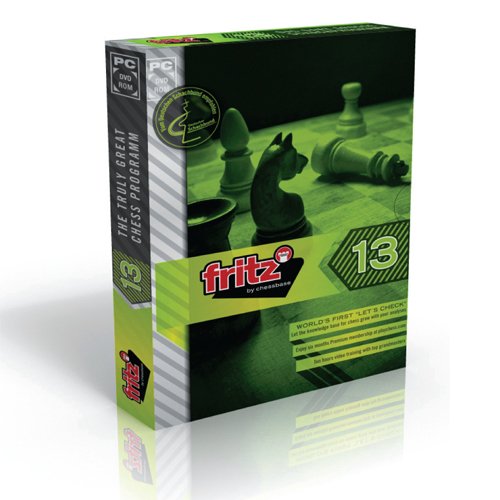 Fritz 13 - Chess Playing and Analysis Program Amazon Price: Buy Now(price as of Jun 25, 2016)
The program I use to analyze games. You can also use the free chessbase light software but I believe Fritz is worth it with its database, opening books, etc...

This will not only improve your play but it will also give you a lot of satisfaction. Going through these jewels from the past, these incredible games and duels can be amazing.

Don't be afraid to look around, some players may better suit you in terms of play style or openings and you may appreciate some authors more than others.

Many chess players give up studying chess because they are desperate. Their rating is stagnating despite their efforts, they don't feel they are improving, etc...

But don't focus on your rating, don't be too demanding on your results, simply have some fun playing games (and not only blitz), analysing them, studying others' games and I promise you, you will improve.

At least, more than if you give up.