My name is Rose and I am a Canadian freelance writer. I love to tackle human rights issues and anything related to the betterment of society and our planet.  For a sorted directory of my articles: RoseWrites.netboard.me Love to write too? Join me on here on InfoBarrel.
InfoBarrel is a writing platform for non-fiction, reference-based, informative content. Opinions expressed by InfoBarrel writers are their own.
InfoBarrel > Business & Money > Jobs & Careers > Management

Your best asset is you and others NOT like you

If you've never managed a group of people, it can be a bit intimidating at first. You might believe that (most times) your team should reach unanimous decisions.
Wrong.
If everyone in your group is nodding and agreeing with everything presented - it's not a good sign.
Great leaders possess humility[1] - they recognize people who can do things better than themselves. In our society, some people embrace these talented folks and some people abuse them. Of course, some people don't care or even notice them.
It makes no sense to abuse people more gifted than ourselves - just think about this deeply for a moment. It seems that this was recognized long ago by Don Marquis.
"The chief obstacle to the progress of the human race is the human race." ~ Don Marquis (1878 - 1937) was a poet, artist, newspaper columnist, humorist, playwright and author.
So, I hope to inspire you, to challenge some preconceived ideas about what's best, and to remove any doubts you have about your team. And this applies to any group (even family).

When someone new comes along

Some may reject him or her

Why do people make snap judgements?

Our children are probably the wisest among us

When you watch young kids playing, they have a common goal: to have fun. I remember playing hide 'n seek every night after dinner with kids of different ages, backgrounds, religions, culture, and so on.

We didn't care about who's parents made the most money, who had the best grades, or what anyone looked like. It didn't matter that boys and girls of different ages were playing either. The deal was: get everyone together, figure out who would be it, and hide.

Mission accomplished - we had fun.

So what happened to many of us adults?

Why do some people feel the need to control others?

According to Daniel A. Bochner, Ph.D., the need to seek power or control over others appears to stem from feeling powerless. In his article, The Power and Control Addiction,[2] he identifies three patterns in childhood:

1) Being dominated in childhood and thereby concluding that controlling others is the right (or only) way to overcome this feeling.

2) Having an "impossible-to-please" parent - which can lead to perfectionism. Having such high (and unattainable) personal standards can cause some people to expect the same unrealistically high standards in those around them.

3) Someone born with a more egocentric personality who derives pleasure and self-esteem from having others "give in" to their wishes.

Notably, these patterns can be found singly or may overlap in people who are affected.

Managers need to lead in a different way today, to mentor rather than control others.[3]

The Emotional Toolbox: A Manual for Mental Health

by Daniel A. Bochner 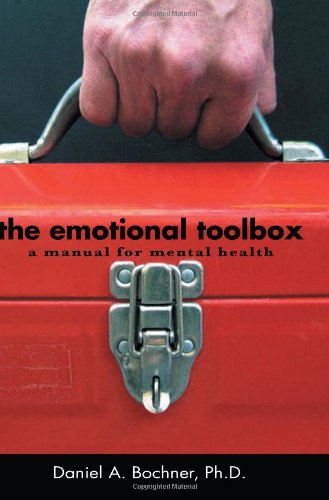 The Emotional Toolbox: A Manual for Mental HealthAmazon Price: $23.99 $18.41 Buy Now(price as of Mar 29, 2014)
What impressed me about Dr. Bochner's book is how it addresses the most common emotional stumbling blocks and provides doable ways to overcome them. This isn't an in-depth manual for diagnosis and treating mental illness, but rather a guide to keeping you from getting stuck in negative patterns of thinking. If you manage others (or parent), Dr. Bochner's book will help you deal with the most common ups and downs.

The worst outcome is when segregation occurs

based on race, gender, religion, title, income or simply someone unique (or different) in some way.

Let the men make the decisions?

Results of a 2010 study led by Anita Woolley, of Carnegie Mellon University in Pennsylvania, found that pooling a bunch of highly intelligent men does not add up to a more intelligent group.

Perhaps surprising to some, the research indicated that group intelligence is linked to social skills and the proportion of women within the group.

Professor Woolley, an organizational psychologist, remarked: "The effect was linear, meaning the more women, the better."[4]

Sometimes those who appear to be "in charge"

attempt to have others shun the unique person or idea

Some fear this and start to "follow-the-leader"

They emulate these types (and adult bullying occurs).

But they're the experts

Groups where only a few people dominated the team were "less intelligent" than those in which people had equal say. Indeed, the silent type in the group may be the smartest person in the room.[4]

Wrong: Why Experts* Keep Failing Us

And How to Know When Not to Trust Them by David H. Freedman 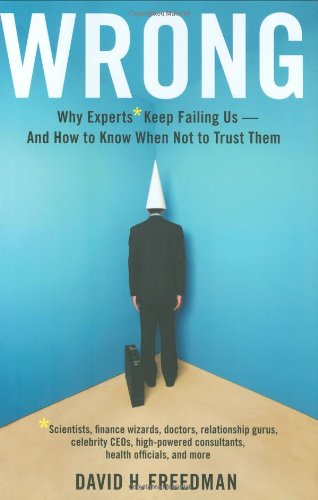 Wrong: Why experts* keep failing us--and how to know when not to trust them *Scientists, finance wizards, doctors, relationship gurus, celebrity CEOs, ... consultants, health officials and moreAmazon Price: $25.99 $3.58 Buy Now(price as of Mar 29, 2014)
I purchased this book a couple of years ago (cost $31.99 in Canada). David Freedman helps you determine who to trust based on some key characteristics. Often personal bias and emotions can (and do) affect our critical business relationships and decisions. Collaboration is necessary with others and outside expert opinions are sometimes required. This is a well-written, honest, and down-to-earth book which I feel is invaluable to those in groups or leading groups.

But we are a loyal bunch, we like familiarity

After a while, similarity becomes boring

Even in the nicest surroundings we can get "stuck"

Insanity is repeating the same mistakes

Some leaders recognize the need for uniqueness

We are too loyal sometimes

Throughout history, thousands of people have been known to follow the advice of those who have been around a long time and who are most vocal. So highly skilled at manipulation are these self-appointed leaders that even employers don't question their motives.

An internal problem? It's worth checking out.

A survey of 5,428 companies in 40 countries revealed that 43% reported significant fraud, with the average company loss over a two-year period being USD $2,420,700 (PriceWaterhouseCoopers, 2008).
The conclusions drawn are that employees are the best source of information to combat fraud. Notably, this was more effective than all of the management-controlled methods combined.[7]
Problem is: how do we get leaders to listen to and protect the whistle blowers?
This is yet another reason why maintaining equality within a group is so important. Once workplace bullies are given power in a group, plenty of things can go wrong. The underlying reasons can be fraud, feelings of powerlessness, or more serious psychological issues.

With luck, the white peacock comes back.

About 64% of the best talent leaves

The WBI (Workplace Bullying Institute) studies[8] along with Zogby International (involving thousands of participants) revealed 64% of those targeted by a workplace bully end up losing their job.

Bullies cause those they target to start all over again. Sadly, the target ends up losing in most cases and the bully is given even more power to continue.

Some brilliant leaders "get it" (many ignore the early signs)

In The Globe and Mail, I read an interesting article by Wallace Imment (in 2012) titled For some, ethics are a moving target.[9]

Dr. Nicole Ruedy, a postdoctoral research associate at the Center for Leadership and Strategic Thinking, University of Washington, reported: "41% of cheaters showed statistically significant boosts in positive feelings compared with the non-cheaters. Something being coined as the cheater's high."[10]

"People tend to make rules for others

and exceptions for themselves." ~ Anonymous

Perhaps you are a totally different creature

with some white and colored peacock in you - fabulous!

GREAT, you are exactly what the world needs

Where have you been?

Just think, no one else is exactly like you in the world. And thank goodness.

"The great pleasure in life is doing

what people say you cannot do."

~ Walter Bagehot (1826 - 1877) was a British businessman, essayist, social Darwinist and journalist who wrote extensively about literature, government, and many economic affairs.

Once you embrace your own uniqueness, you become able to appreciate and respect those around you. You'll benefit as a group when everyone is treated equally and listened to. The most successful teams are comprised of both sexes, from diverse backgrounds, who are given equal say (and pay).

Don't know about you, but I feel like rounding up some kids and playing hide 'n seek.

Feel the Fear and Do It Anyway 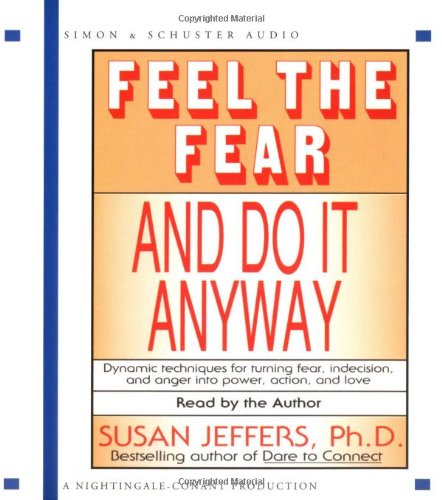 Feel the Fear and Do it AnywayAmazon Price: $15.00 $6.82 Buy Now(price as of Mar 29, 2014)
We all have fear-based behavior - sometimes it's our own self-talk that is the harshest. Susan Jeffers, Ph.D., is compassionate, easy-to-understand and motivating. This audiobook is a simple way to hear Dr. Jeffers encouraging words (on the way to work before a big meeting, for example). Kindle, hardcover, and paperback editions are also available.
Next >> How to Handle a Rude Coworker

Conflict Resolution Between Employees On A Small Business