As a graduate student at American University studying international affairs, I have a passion for language, culture, and travel. I have studied and travelled extensively though Eastern Europe, Russia, the Middle East, Asia, and South America. Like Info Barrel? Sign up here.
InfoBarrel is a writing platform for non-fiction, reference-based, informative content. Opinions expressed by InfoBarrel writers are their own.
InfoBarrel > History > 1945-2000

Zbigniew Brzezinski's Response to the Russian War in Afghanistan

Serving as President Carter’s National Security Advisor from 1977 to 1981, Zbigniew Brzezinski was instrumental in shaping US-Soviet relations under the Carter administration. The best example of Brzezinski’s policy in practice is the US response to the Russian invasion of Afghanistan on December 25, 1979.

This invasion is the pivotal event that demonstrates Brzezinski’s relevance in Carter’s policy making. Following the invasion, Brzezinski made it his mission to, “make sure the Soviets paid some price for their invasion of Afghanistan; to initiate a quiet negotiating channel with the Soviets to determine if at some point they were prepared to reconsider their involvement in Afghanistan; and to prevent the sending of misleading signals to Moscow that the United States might reconsider its tough line on Afghanistan.”[1] He viewed this as a rare opportunity to degrade the USSR in a country that was a key battleground in the third world.

The Role of US Interests

Aside from an opportunity to exploit the Soviets, the invasion was viewed as a direct threat to US geopolitical interests and required a harsh US response. Brzezinski feared the invasion would create an “arc of crisis.” This was the idea that the USSR had dramatically changed the geopolitical balance of the region that was vital to US interests in large part because of its oil supplies an lack of a regional power cooperating with the West.[2] He also feared the Finlandization of the Middle East and Pakistan. This term refers to the intimidation of countries in the region by the USSR through the presence of the Soviet military and threat of political subversion that leads to a compliance with Soviet policy.[3]

Next, the Soviet invasion would also have economic ramifications. The Soviets would gain access to the oil-rich Middle East at a time of economic stagnation. Invading Afghanistan would give the USSR influence over Pakistan and its warm water ports. It was thought this region was particularly susceptible to Soviet influence because by moving through Balochistan, the conflict could be considered a war of liberation.[4] President Carter articulated this fear in his announcement of the Soviet invasion stating, “A Soviet-occupied Afghanistan threatens both Iran and Pakistan and is a steppingstone to possible control over much of the world’s oil supplies.”[5] Such a push would leave the Soviets just 300 miles from the Arabian Sea and threaten to starve the US of its oil supply.

Using a multi-faceted approach, Brzezinski began to oppose the Soviet invasion in several ways. The first was a diplomatic approach. Initially Brzezinski urges the president to inform Moscow that their actions place SALT II at risk but instead decides to send them public and private messages condemning their actions.[6] In a January 2 memo, Brzezinski states, “We will not link the Soviet action in Afghanistan to SALT. At the same time, however, we will not permit our interest in SALT to deter us from speaking and acting forcefully.”[7] This clearly demonstrates Brzezinski’s multi-channel approach. He incorporated aspects of détente by continuing SALT while at the same adopting a firm opposition to the invasion.

In addition to diplomacy, Brzezinski worked to target Soviet credibility by stepping up broadcasts of its actions in Afghanistan. Brzezinski recognized minority populations within the USSR as a point of weakness and had long tried to exploit them.[8] In a memo to the president, Brzezinski recommended the increase in funding to Radio Liberty, Radio Free Europe and Voice of America as well as urging US allies to increase broadcasts to Muslim countries.[9] He also recommended that the president advise Pakistan to support the rebels in Afghanistan.[10] This would allow the US to undermine Soviet efforts indirectly.

Brzezinski also implemented an international approach. He sought to engage China against the Soviets given its proximity to the conflict.[11] He advocated bringing the matter before the UN Security Council and international community. Additionally, he advocated for additional engagement with Pakistan by sending a high level mission there, immediately supplying them with $40 million in assistance to alleviate the refugee crisis, and requesting that the Saudis fund Pakistani military purchases.[12]

Arming of the Mujahedeen

The most controversial and telling policies implemented under Brzezinski was the arming of the Mujahedeen in Afghanistan. He decided the best way to prevent the Soviets from influencing the Middle East was to make Afghanistan the USSR’s Vietnam. While poorly armed and with little foreign support, the Mujahedeen were already able to inflict damage on the Soviets. Brzezinski believed it was essential for the rebels to continue their fight and recommended as early as December 26, 1979 that the US provide them with money, arms, and technical advice.[13] Initially, however, US aid was limited to radio equipment, medical supplies, and cash to Afghan leaders.[14] Brzezinski said in a top secret memo, “Even if this is not attainable, we should make Soviet involvement as costly as possible.”[15] Brzezinski’s policy demonstrated that he was willing to force the hand of the Soviets into a policy of restraint to prevent their expansion at any cost.

Brzezinski’s hardline policies provided the basis for future US foreign policy towards the Soviet Union. President Reagan continued Brzezinski’s condemnation of the USSR and his rejection of Kissinger’s détente stating, “So far détente’s been a one-way street that the Soviet Union has used to pursue its own aims.”[16] Eventually this thinking led to the Reagan era defense buildup based on Brzezinski’s premise that the Soviets respected only strength. Brzezinski, therefore, was instrumental in the US return to Cold War tensions following détente. It was possibly for this reason that SALT II was never passed. Additionally, Brzezinski’s use of covert action against the Soviets in Afghanistan set additional precedent for such policies in the future. The Iran-Contra affair demonstrates continuity from Brzezinski’s policy of utilizing covert action to force the Soviets into compliance with US policy. The CIA was an instrumental foreign policy tool for both the Carter and Reagan administrations despite the heavy restrictions the Church Committee placed on it after 1976. Brzezinski’s multi-layered approach to the USSR would continue well past his tenure as NSA demonstrating his heavy personal influence in US foreign policy making. 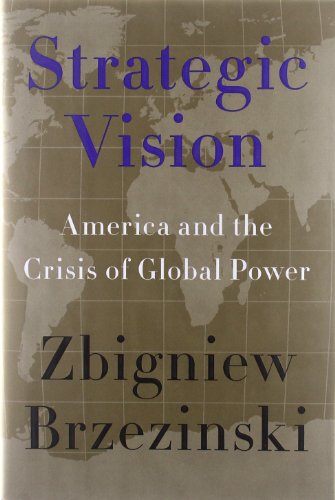