First, one thing I would recommend is that you watch a few zombie movies or watch The Walking Dead so you observe how a zombie walks, attacks and looks. These are great for depicting how a zombie looks and you can take these representations as inspiration for your costume.  Here are a few tips:

So these tips should help you become the most realistic zombie ever. Remember that this is all for good fun and that this costume is still great for any Halloween party.

So now here are a few tips you can use to create the most convincing-looking costume.

A zombie looks dead. It is dead. So you want to make yourself look as dead as possible. There are a number of ways to do this, obviously.

First, use fake blood. A zombie always has open wounds and looks disgusting. You can make your fake blood, or you can buy it online. There are several makeup kits that make you look extremely believable.  I have included them in the links below, and they are definitely worth checking out.

There is also a method to make it yourself, if you want to make it really convincing. If not, ketchup works well too if it’s used craftily. Stain your clothes and tatter them. You also want them to look dirty so stain them.

Then, use make-up to look undead. This step is not required but is probably the most fun to do, even if you’re a male. The makeup kit includes step-by-step instructions on how you can pull off such a look and it is like a work of art. To do something like that takes an hour at most so it does require some preparation.

Well that’s about it. You have turned into the undead now, and make sure you act normal so you’re not the one attacked! 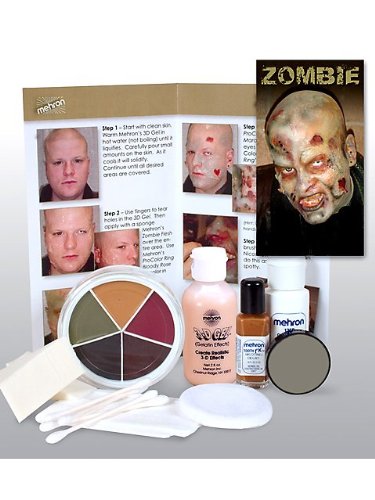 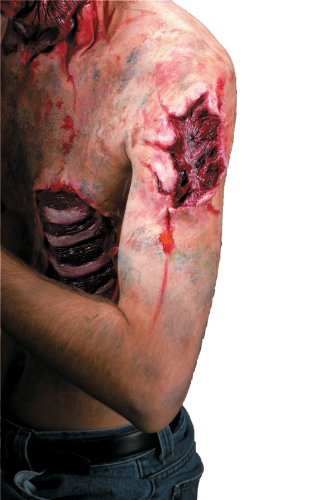