Celebrities who have given credit to yoga for their sexy bodies

It is not a secret that most celebrities’ sexy bodies have been shaped with yoga. Yoga is a great way for calming the mind, giving you a strong body and also eradicating away excess fats thus giving you a sexy and healthy body. There are lots of yoga practice styles which have been proved to give you effective results in attaining a perfect body.

Following researches yoga has been the reason why most of our celebrities are keeping shape and maintaining sexy bodies. One of the most famous super models in the world, Gisele Bundechen regained her figure with little effort after she gave birth all through the help of yoga. This is because yoga elongates and tones the muscles making the body to regain shape with ease.

Same case applies to Michelle Williams who even went ahead to open a yoga center for single moms. Talk about addiction to yoga, celebrity Adam Levine is so much into it that he carries his own instructor as he travel around the world. He confessed that yoga really changed his body as he was being interviewed by the Details Magazine back in 2011. He states that he felt more sculpted as soon as he started practicing. He goes on to say that yoga curves one into a different person in a physically satisfying way.

Lady Gaga has also confessed to be practicing hot yoga. She encloses herself in a room with a temperature of about 90 degrees where her muscles are relaxed and body sweats off any excess fats. The pops elegant and sexy figure can be credited to this Bikrams yoga style and several yoga poses.

Similarly the queen of pop, Madonna herself is not left out in this amazing body building practice. This is why amazingly she is over 50 but have a body of a 20 year old. Her most favorite style is said to be the Ashtanga which encourages more dynamic and cardio driven movements. This explains her amazing acrobatic movements and varying dancing abilities. She was quoted to say that yoga is like a metaphor of life. You can’t rush and you can’t skip the next position. She also says that you will find yourself in humiliating situations at times but never judge yourself; you just have to breathe and let go. She also says that yoga is a workout for your mind, your body and your soul.

Another celebrity who gives much credit to yoga is Bethenny Frankel. She has even gone further to produce a DVD detailing her workouts. It has 15 minutes power yoga sessions that are perfect for women who live on the go lifestyles.

Similarly Julianne Moore is into yoga too. She states that she loves yoga since it doesn’t feel like the agony of the gym. And so does Jennifer Aniston who has a deep appreciation for yoga. She continuously credits her youthful body, despite her age to the practice of yoga. She says that not only has yoga changed her life but it is also one of the most fun workouts she ever had.

Another sexy bodied celebrity is Anna Paquin, who starred in True Blood. She said that her best choice is the Yoga Barre and she goes ahead to describe the workout like the Bar Method, its psycho but also awesome.

Finally, we have Kelly Bensimon who is a reality show celebrity. She once wrote in her blog that part of being healthful comprises alignment of body and spirit. She encourages her fans to try yoga and do workout regularly. She deeply suggests poses such as Downward Dog and Bridge styles for she also regularly incorporates them into her daily workout routine. 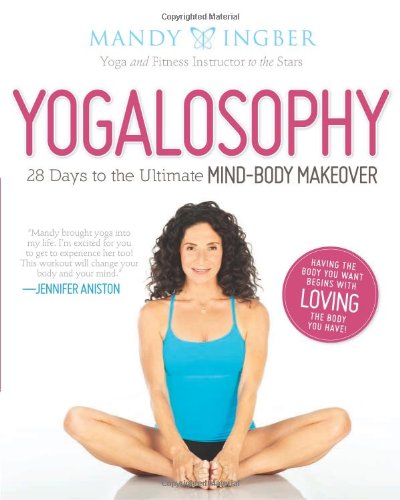