Since the Middle Ages, travelling side shows would journey the length and breadth of England, carting around a strange assortment of unfortunate people, who were known to all and sundry, as freaks.  Regarded as curiosities to be gawped and gazed at, this meandering menagerie included: fat people, dwarfs, conjoined twins and those with various genetic anomalies or strange bodies.

During the Victorian era these travelling, extraordinary exhibitions, became hugely popular right across Britain and America and often featured a showman, who would present the various  human oddities with fanfare and manufacture tall tales to explain why the person, was the way they were. Famous members of freak show troupes, of the Victorian period included: dwarfs and midget's, like the English, Tom Thumb and Anita, the Living Doll. Joseph Merrick the Elephant Man was another famous member, as was Mary Anne Bevan, the World’s Ugliest Woman, who probably had a metabolic problem.

Sometimes the 'freaks' would be fabricated, with ladies dressed in saucy Victorian lingerie, claiming to have been members of Turkish Harems, or white people, made up to look like other exotic races.  Freak shows often would claim to have found the Missing Link, or members of the lost Aztecs. Others like the withered and toothless, African American woman, Joice Heth, were touted to be 161 years old, by premier showman P.T. Barnum, although an autopsy after her death said somewhere in her 70s was more likely. Julia Pastrana who was dubbed the Baboon Lady, also probably had a rare genetic disorder, which resulted in the growth of a luxuriant beard and hirsute forehead. She would prance about the stage in feminine costumes, dancing and singing to the crowds. Sadly she died while giving birth to a child, with the same genetic disorder as herself.

Exceptional people who fall outside of society’s norms, have always incited curiosity and wonderment; perhaps a process which simply comes back to a group defining, what is average and typical and what is other. Groups also have long used Otherness, as a way of subordinating and excluding those who challenge what is conventional, customary and common place. Today at least we are beginning to appreciate diversity and realise that a person who was considered a freak or curiosity, often simply won an unfortunate genetic lottery.

Today we are horrified by the way people with disabilities, deformities and difference were treated as merchandise and used to make a buck. However it must be remembered, that in the Victorian era and earlier, many of these people had no other means of supporting themselves and in fact some, like Chang Eng Bunker the original ‘Siamese’ twins, managed to become fairly wealthy. 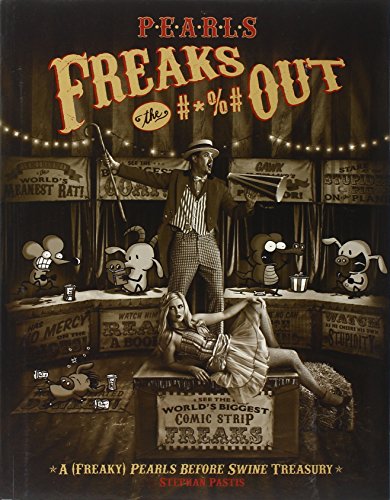